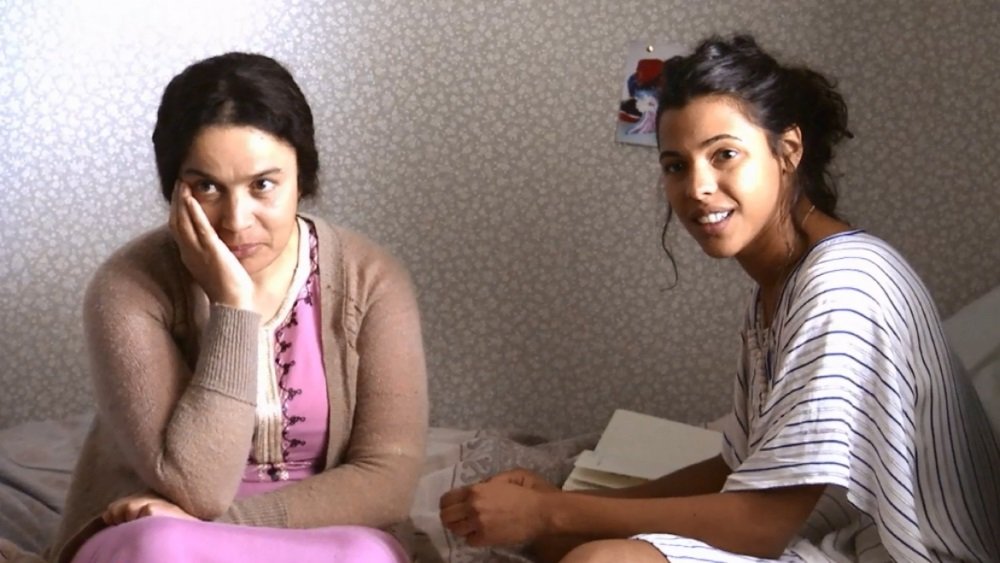 Fatima (France, 2015) – Philippe Faucon’s compassionate drama of an Algerian émigré in Lyon, based on the memoirs of Fatima Elayoubi, stars Soria Zeroual as Fatima, a divorced mother of two teenage daughters, working multiple jobs as a cleaner to give her girls a better life. Eldest daughter Nesrine is a studious, driven young woman struggling as a first-year medical student and the younger Souad a rebellious high school girl who cuts classes and resents her mother’s inability to assimilate. Fatima herself speaks little French, can neither read nor write in French, and maintains her cultural traditions—she still wears the headscarf, which sets her apart from the French world around her—while her children grew up French and feel out of place in the old-world culture of their neighborhood.

Fatima is about the experiences of the three women as they struggle to find their place in this world, and about the gulf between how the world sees Fatima, a middle-aged North African cleaning woman, and the mother who pours her feelings out in Arabic poetry, the only language through which she can fully express herself. There isn’t a big dramatic action to the film and little sentiment to their stories. This is about day-to-day experiences and the relationship between the three women: Nesrine’s pressure to make good on the sacrifices of her parents, Souad’s anger and resentment, and Fatima’s commitment to give her daughters opportunities she never had. It is her “intifada,” as she writes in her poetry: the success of her daughters is her uprising against the establishment.

In French and Arabic with English subtitles. Not rated.

and other services. Availability may vary by service.
Fatima [DVD]