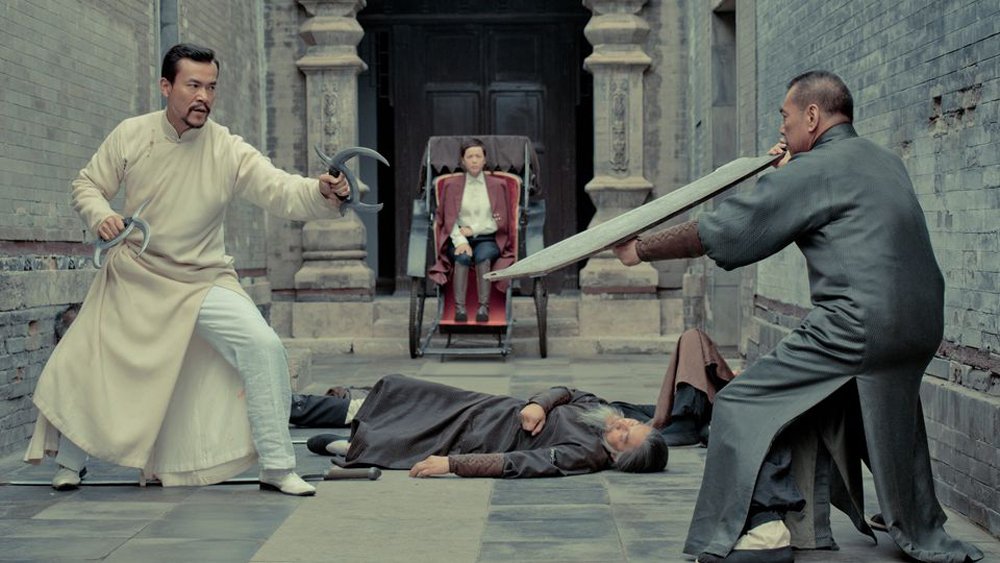 The Final Master (China, 2016) – Set in 1932, just before the Japanese invasion of China, Haofeng Xu’s martial arts drama stars Fan Liao as a Wing Chun master who challenges the martial arts schools of a Chinese city for the right to teach his style of kung fu. He chooses a protégé from the town and trains him to defeat the champions of the eight dominant schools that have a stranglehold on the town and refuse to allow outsiders learn their secrets or teach their own styles. It’s all to keep a promise to his own master and to fulfill his vow he marries a disgraced woman (Jia Song) and gets tangled in a web of alliances and double crosses, including the sacrifice of his own disciple.

Director / action choreographer Haofeng Xu co-wrote the screenplay of Wong Kar-Wai’s The Grandmaster and borrows elements of that story for this more mercenary drama. Knowledge is power in this culture and the schools guard their secrets even from their students, which keeps power concentrated in the hands of the masters at the risk of letting their traditions die.

It’s an interesting theme with historical resonance—the filmmaker suggests that the failure to share power and knowledge left them vulnerable to invaders—but a confused story that gets lost in the subterfuge and machinations. Fan Liao’s master is quite the compromised hero, as mercenary as his opponents and driven by duty rather than passion, and his actions give us little reason to root for his success. The action scenes are rudimentary and the storytelling choppy and hard to follow.

Not rated, in Mandarin with English subtitles.

, iTunes, GooglePlay and/or other services. Availability may vary by service.
The Final Master [Blu-ray+DVD]

Well Go released the film on DVD and Blu-ray+DVD combo (which presents the film on two separate discs) with two featurettes.