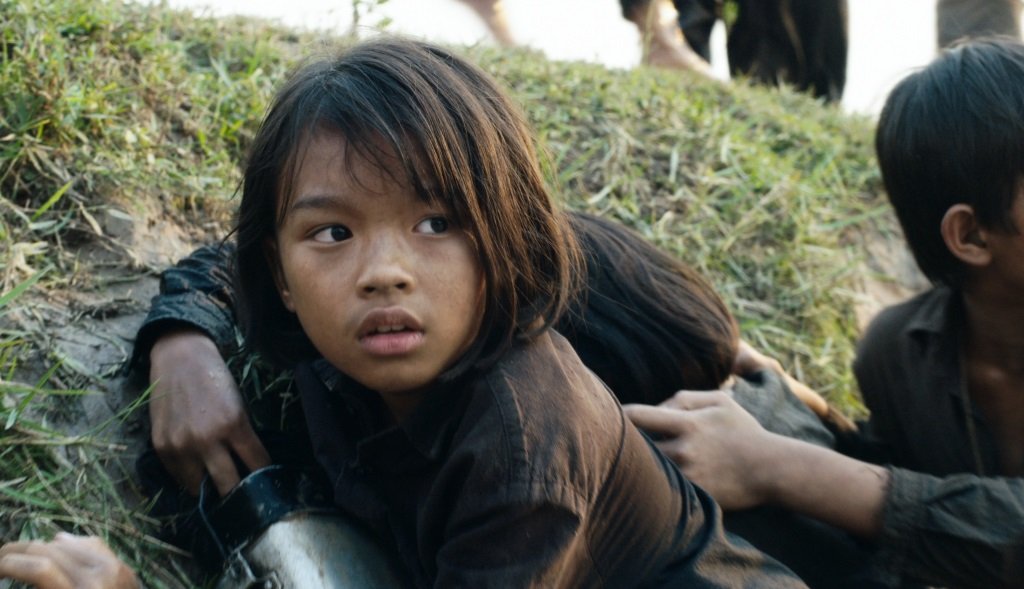 First They Killed My Father (2017, not rated), from filmmaker Angelina Jolie, dramatizes the story of human rights activist Loung Ung as young girl surviving the horrors of the Khmer Rouge. Jolie wrote the script with Ung, based on her memoir.

Jolie “has made an engrossing, dynamically shot movie that moves with real fluidity and complexity,” writes Ben Kenigsberg for The New York Times. “Yet she also succumbs to familiar ideological pitfalls. The standard complaints about cultural appropriation, point of view and the ethics of aestheticizing war all apply.”

It comes to Netflix from screenings at Telluride and Toronto film festivals and is available the same day it plays select theaters across the country.

Charlie Hunnam and Robert Pattinson star in James Gray’s The Lost City of Z (2016, PG-13), which dramatizes the true story of early 20th century British explorers in the uncharted jungles of Bolivia. A grand adventure and a savvy portrait of western arrogance, it is vivid and dreamy and mesmerizing. It came and went in theaters and is now on Amazon Prime.

Nocturama (France, 2017, not rated, with subtitles) imagines a plot by young adults who, disenchanted with modern society, become social terrorists and attack the symbols of consumer life. The meticulously directed film from Bertrand Bonello shifts from gripping thriller to savage social satire without losing the life-and-death stakes of the situation. Now on Netflix.

It Comes At Night (R) sounds like a monster movie but this survival thriller has a more insidious menace: fear and suspicion. Joel Edgerton, Carmen Ejogo, and Riley Keough star in this gripping indie drama set in the midst of a devastating pandemic. Also on DVD and Blu-ray and at Redbox. Reviewed on Stream On Demand here.

Tom Cruise meets The Mummy (PG-13) in the reboot of the classic horror film as a big-budget action spectacle. It co-stars Annabelle Wallis, Sofia Boutella, and Russell Crowe as Dr. Henry Jekyll. Also on DVD and Blu-ray.

For kids there’s the animated Captain Underpants: The First Epic Movie (PG) based on the whimsical children’s books by Dav Pilkey. Also on DVD and Blu-ray.

The British crime thriller The Five: Season 1, created by American author Harlan Coben, follows four childhood friends who reunite as adults when they find evidence that a fifth friend, who disappeared without a trace, may be alive. The ten-part series makes its stateside debut on Netflix.

More true stories: the Disneynature documentary Ghost of the Mountains (2017, G) follows the endangered snow leopard in the mountains of China and Last Men in Aleppo (2017, not rated) profiles the work of the search and rescue organization White Helmets in Syria. Also new: Heroin(e) (2017, not rated), about the opioid epidemic in West Virginia; Sundance award winner Strong Island (2017, not rated); and Time: The Kalief Browder Story (2017), a six-part series on judicial injustice.

Kid stuff: for teens and tweens is the spy girls series Project Mc²: Part 5 and for the little ones there’s VeggieTales in the City: Season 2.

Linda Cardellini stars in the indie comedy Austin Found (2017, not rated) and Mary Elizabeth Winstead stars in the drama Alex of Venice (2015, R).

Foreign affairs: from Australia comes Tanna (2016, with subtitles), an Oscar nominee for Foreign Language film set in the culture of a remote Pacific Island tribe, and The Intruder (Indonesia, 1986, not rated) is a cheap Rambo knock-off.

Classics: the low-budget film noir The Amazing Mr. X (1948) with Turhan Bey and Cathy O’Donnell is presented in a fine edition that shows off the shadowy photography of John Alton.

Streaming TV: From Israel comes the hit romantic comedy series Beauty and the Baker: Season 1 (Israel, with subtitles) and from PBS comes the non-fiction mini-series The Story of the Jews with Simon Schama (2014) and Finding Your Roots with Henry Gates.

Denzel Washington and Chris Pratt lead The Magnificent Seven (2016, PG-13) in the latest remake of the classic western (Amazon Prime and Hulu).

Oprah Winfrey produces and stars in the Emmy-nominated mini-series The Women of Brewster Place (1989) (Amazon Prime and Hulu).

Streaming TV: The sixth and final season of Mindy Kaling’s The Mindy Project is now underway with new episodes arriving every Tuesday.

James McAvoy and Jamie Bell star in the dark comedy Filth (2013, R), based on the novel by Irvine Welsh.

Taraji P. Henson and Octavia Spencer star in the Oscar-nominated Hidden Figures (2016, PG), the true story of the brilliant African-American women whose unheralded work in the early days of NASA helped send the first American into space. Reviewed on Stream On Demand here.

On Sunday the second and final season of the comedy Vice Principals begins.

FilmStruck celebrates the legacy of Japanese acting legend Toshiro Mifune with 12 films, including the epic Samurai trilogy (1954-1956) and Kurosawa collaborations Throne of Blood (1957), Yojimbo (1961), and Sanjuro (1962) (all not rated, with subtitles).