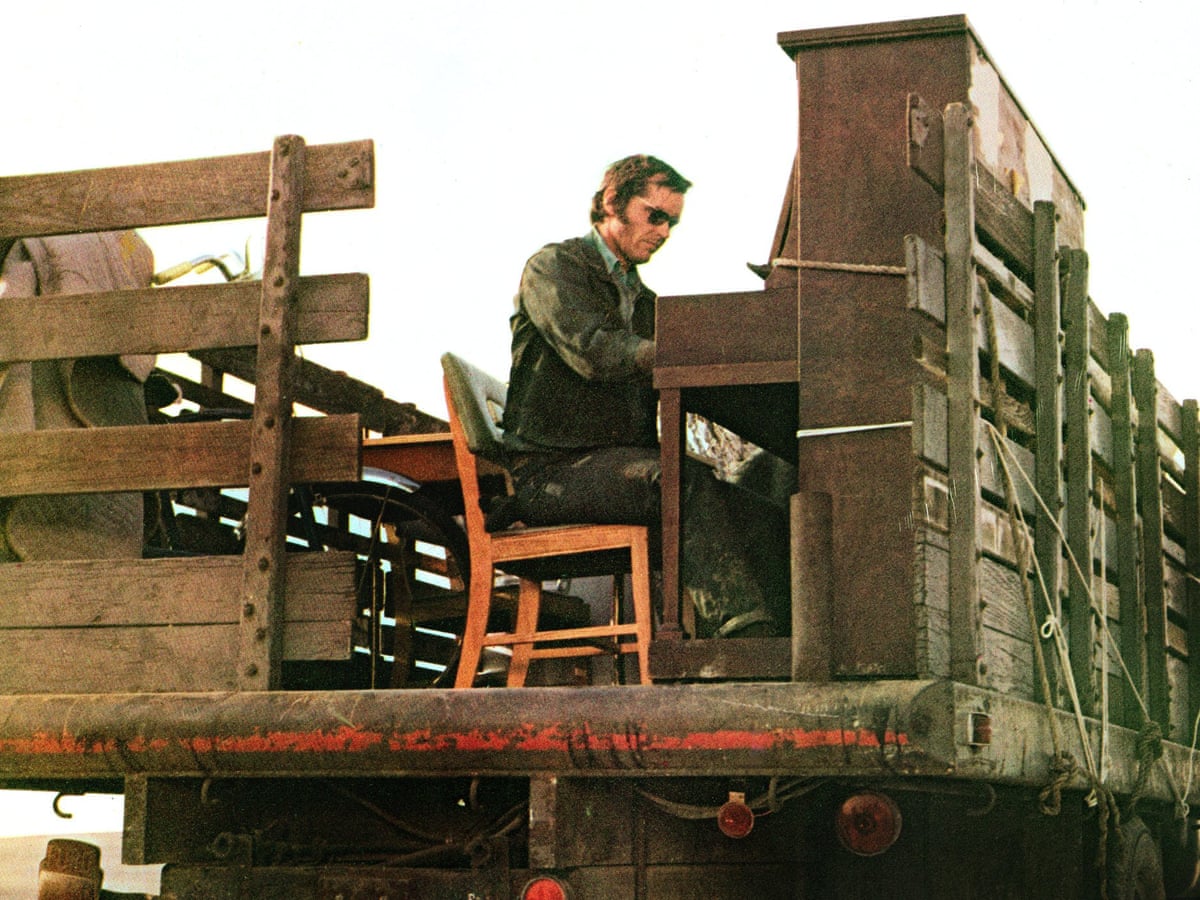 Jack Nicholson broke out as a new kind of American actor as Bobby Dupea in Bob Rafelson’s Five Easy Pieces (1970).

An itinerate worker in the California oil fields, he’s the black sheep of a family of classical musicians and lives with a dim bulb of a girlfriend (Karen Black) that he constantly insults. He packs up his anger and worldly cynicism and takes it on the road to return home to Washington State to visit his dying father. The film’s signature moment is the famed restaurant scene, where he patiently orders a side of toast at a highway diner in a measured, calm voice and then delivers the kicker insult in the same deadpan, now carrying an edge of gleeful malice.

When he finally arrives at the family home on an island in Washington’s Puget Sound, that mix of bad boy rebellion, emotional guardedness, and aggressive hostility catches the eye of his brother’s student and girlfriend (Susan Anspach), who is both attracted to and repulsed by him.

It’s an amazing collaboration between director Rafelson and actor Nicholson, carrying his first major film as the lead. They had previously collaborated on Head (1968), the offbeat satire starring The Monkees (Nicholson penned the inventive screenplay) and on Easy Rider (1969), which was produced by Rafelson and featured Nicholson in an Oscar-nominated supporting role. They keep Bobby from slipping into cliché by riding the currents of his turbulent emotions, giving him moments of generosity between his angry, aggressive confrontations.

In the film’s dramatic climax, a one-way conversation with a father (William Challee) stricken mute by a stroke, Nicholson dug deeper emotionally than he had ever had before. ”On take one, away I went,” the actor reflected in an interview years later. “It was a breakthrough for me as an actor, for actors. I don’t think they’d had this level of emotion, really, in almost any male character until that point.”

If Easy Rider is the epitaph for the sixties, Five Easy Pieces ushers in the silver age of personal filmmaking in the seventies. It’s a silent scream of alienation and narcissism with a revelatory performance by Nicholson smoldering with indefinable yearnings and fears. He redefines the American leading man as a guy who doesn’t have the answers but still swaggers through with the show of confidence and control of someone who does.

It earned four Academy Award nominations, for best picture, adapted screenplay, actor (Nicholson), and supporting actress (Black), and was added to the National Film Registry in 2000.

For more, read Scott Tobias on “Five Easy Pieces at 50” at The Guardian

Available from Criterion in the box set “America Lost and Found: The BBS Story” and as a single disc on both Blu-ray and DVD. Each presentation features commentary Bob Rafelson and interior designer Toby Rafelson (recorded separately), the 46-minute documentary “BBS Story: An American Film Renaissance,” interviews, and featurettes.