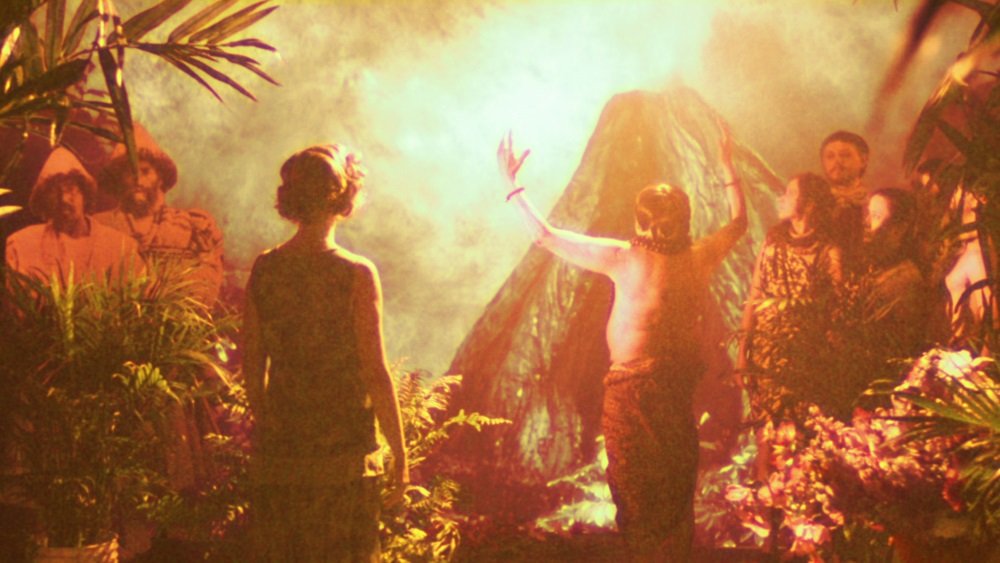 Canadian iconoclast Guy Maddin has been making strange, surreal films that evoke the images and storytelling traditions of silent movies for decades. The Forbidden Room (2015), which he co-directed with his former student Evan Johnson, is like a compendium of his obsessions and cinematic fetishes. It opens on a mock-instructional film on “How to Take a Bath,” shifts to a submarine trapped at the bottom of the sea where a lumberjack (Roy Dupuis) inexplicably appears, shifts to his story of a feral forest adventure and a damsel in distress, who finds herself transported to an exotic nightclub out of an old Hollywood movie, and so on.

The film arose from a project called “Séances,” a museum installation at the Centre George Pompidou in Paris where he “remade” lost films and unfinished projects from the silent and early sound era. The Forbidden Room, partly shot concurrently with that project, is a collection of scenes and movie clichés reworked with campy exaggeration and absurd, cartoonish twists. Shot on a minimal budget, with a production design that favors ingenuity and creativity and a cast that includes such major European actors as Geraldine Chaplin, Mathieu Amalric, Udo Kier, and recent Oscar nominee Charlotte Rampling (some of them in multiple roles), it has a whimsical, absurdist sense of humor. The actors engage in the exaggerated performance style of silent movie melodramas and comedies and Maddin digitally “ages” his films with scuffs and scratches and cracks and even distorted frames as if they were from decaying nitrate prints from the 1920s. Those distortions are given a life of their own with his digital tools and even become cinematic devices of their own, morphing from one image to another as if released by the ghosts of early cinema.

The result is something that defies explanation, let alone description. Maddin make no effort to make sense of any of it, or even worry about any kind of dramatic closure. It’s all about the texture, the weirdness, the quality of the cinematic moment. This is not for audiences who demand story and character and narrative logic. But if you can put expectations aside and lose yourself in the ravishing dreamscapes and absurd situations that Maddin creates on his tiny stages with his mad collaborators, you’ll discover a cinematic experience like no other.

Queue it up on Netflix, add to Amazon Prime watchlist, or add to your queue on Fandor