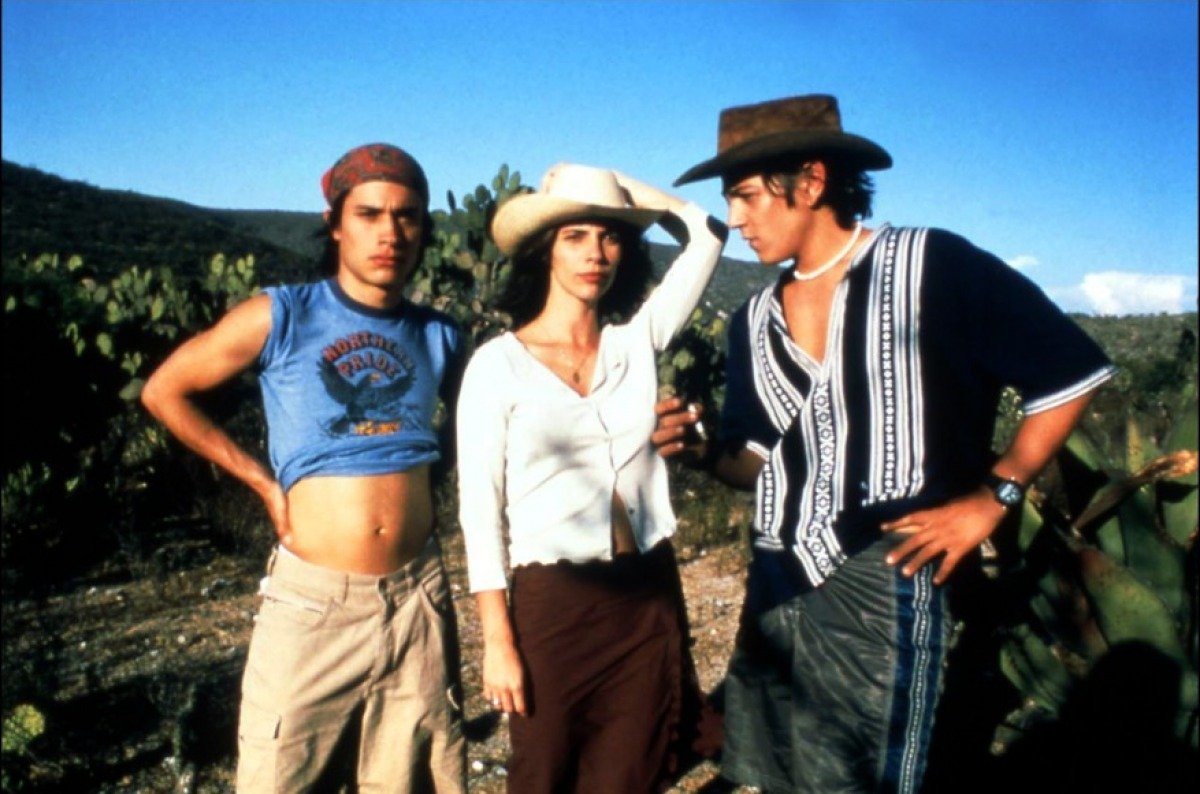 Y Tu Mama Tambien (2001), Alfonso Cuaron’s return to Mexico after his initial sojourn in Hollywood, recharged his ambitions and his creative juices. Ostensibly a coming of age drama by way of a sex comedy, it’s vivid, thoughtful, political and unapologetically raw. Gael Garcia Bernal and Diego Luna star as best friends, a pair of sex-obsessed, dope-smoking teenage boys who head for a (fictional) hidden beach with a sexy, worldly, and older (than them, anyway) Spanish woman (Maribel Verdu).

Bernal and Luna are utterly unselfconscious in their portrayal of the working class Julio and rich kid Tenoch, boys on their last blast of irresponsible fun and the bring just a touch of tension to their screen friendship. Verdu’s unhappily-married Luisa emerges as the heart and soul of the picture. Under her smiling front of confidence and fun-loving impulsiveness she is sad and lost and she thrives on the unbridled energy and naïve innocence of the immature, cocky, sex mad boys. Her sexual favors are not favors at all, but a desperate attempt to lose herself, if only for a few moments, in simple physical pleasure (and brief it is, much to her unfulfilled frustration).

Framing the giddy teenage explosion of energy are the comments of an omniscient narrator, whose ironic insights offer background color and flash-forward reality checks, while the political and social tensions of modern day Mexico are glimpsed in the periphery of their road trip. That’s a lot to cram into a coming of age film and Cuaron does it deftly, thoughtfully, and with sharp, aggressive style. As Luisa tells the boys, “Sometimes you’re complete a**holes, but basically you’re both pretty cool guys.” Like all road movies, this is a journey to self, and Cuaron both celebrates and mourns the passing of their youth. His next film was a very different kind of coming of age tale: Harry Potter and the Prisoner of Azkaban.

In Spanish with English subtitles. This one earns its R-rating: there is nudity, foul language, lots of sex and even more talk about sex.

Also available as a VOD rental on Amazon Instant 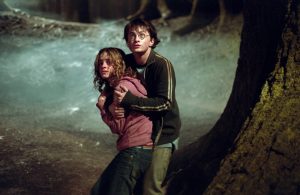