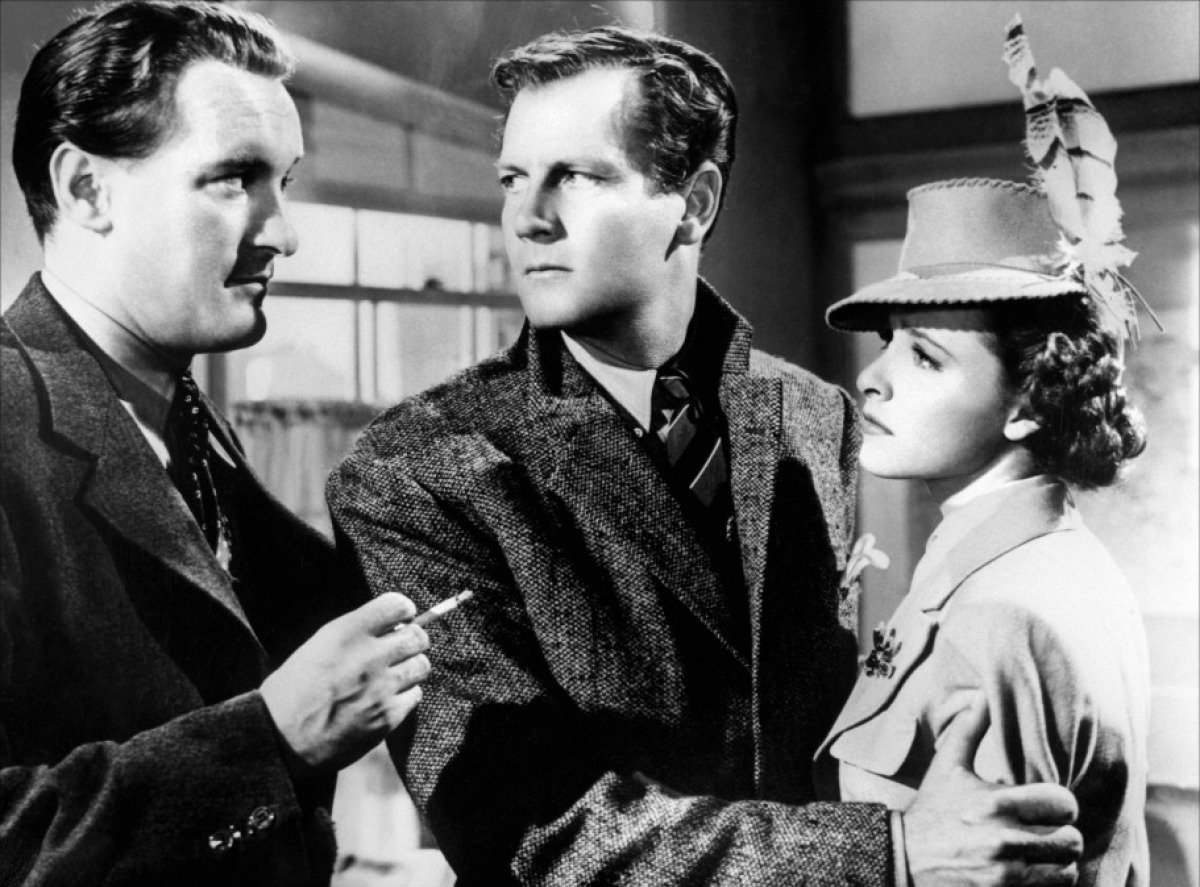 Alfred Hitchcock followed Rebecca (1940), his American filmmaking debut, with a film that brought him back to Britain (or rather, a studio backlot recreation) for a story in the mode of his British hits but with an American in the lead.

Foreign Correspondent (1940) stars Joel McCrea as the go-getter American newspaper reporter sent to Europe to get a fresh perspective on the clouds of war. He’s one of these plainspoken guys who follows his gut right into a hot-bed of spies and double agents, a conspiracy involving the murder of a peace activist, and a scheme by (unnamed) Axis spies to twist the pacifist mission into an excuse for war.

This is Hitch doing a fleet, action-packed thriller. His love of set-pieces and landmarks makes the most of London and Holland, where the windmills become a natural location for dangerous business. His cinematic recreation of an airliner crash landing in the Atlantic Ocean is thrilling but a murder in the rain, under the cover of umbrellas, is the film’s signature moment. There’s also romance (courtesy of Laraine Day) and a little humor along the way.

Foreign Correspondent was produced after Germany invaded Poland but before it declared war on Britain and the American studios were pressured to remain neutral. The effect is a film that suggests a World War I spy movie or early thirties Graham Greene-style thriller as much as a portrait of old Europe about to be upended by war. It only slips into wartime patriotism in a postscript set during the bombing of London, which was added months later.

The screenplay is by Hitchcock’s longtime collaboration Charles Bennett, who scripted the original The Man Who Knew Too Much and The 39 Steps, and his longtime assistant Joan Harrison, who also collaborated on Rebecca and Suspicion, with dialogue credited to British novelist James Hilton and American humorist Robert Benchley.

It’s lesser Hitchcock, to my mind, but still superior filmmaking by the standards of Hollywood. Herbert Marshall, George Sanders, Robert Benchley, and Edmund Gwenn co-star. The film was nominated for six Academy Awards, including Best Picture (which it lost to another Hitchcock film: Rebecca).

Criterion presents a Blu-ray and DVD special edition from a beautiful restoration and featuring a vintage interview with Hitchcock, a 1946 radio drama adaptation starring Joseph Cotten, additional new and vintage supplements, and a booklet.