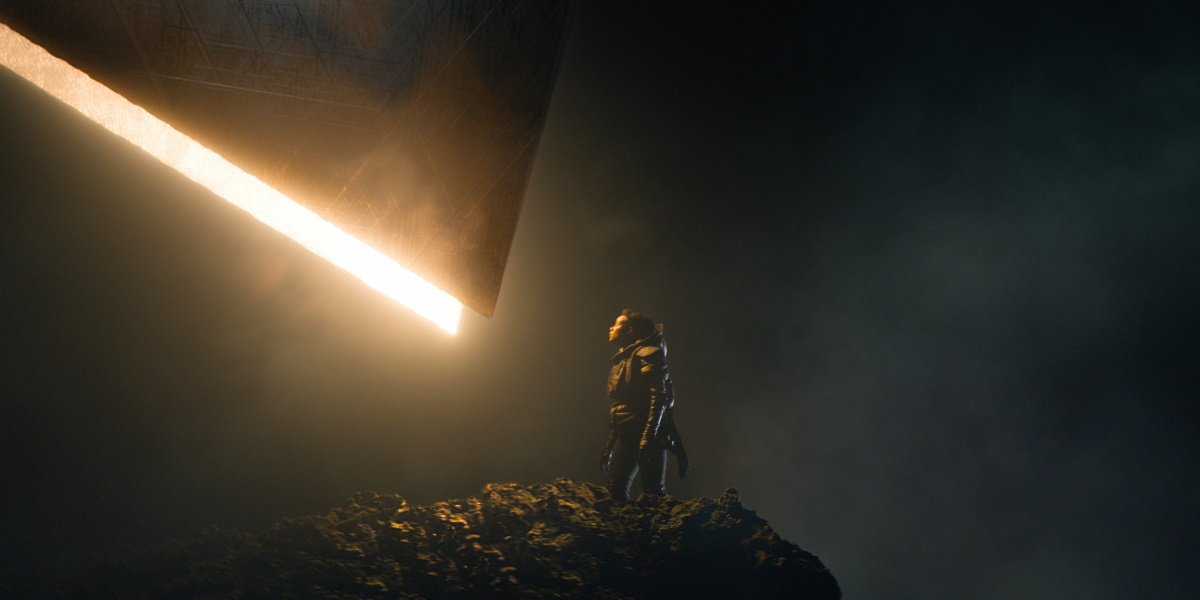 “Change is frightening. Especially to those in power.” Apple TV+ launches its most ambitious production to date with the science fiction epic “Foundation“ (2021, not rated). Jared Harris stars as the revolutionary scientists who predicts the collapse of the galaxy-spanning empire and Lee Pace is the emperor clone whose command is threatened by the end of civilization. Lou Llobell and Leah Harvey costar and David S. Goyer produces and adapts the landmark trilogy written by Isaac Asimov. Three episodes available, new episodes on Fridays. (Apple TV+)

Neil Armstrong offers some background on the show, and the novels that inspired it, in an article for BBC.

Five new network shows debuting this week are available to stream on Hulu a day after their respective broadcast debuts: the revival of the family sitcom “The Wonder Years“ (TV-PG), narrated by Don Cheadle and set in an African-American family in late 1960s Alabama (Hulu);

“F9: The Fast Saga“ (2021, PG-13) pits Dominic (Vin Diesel) and the crew of the long-running action franchise against a new villain (John Cena), sends a car into orbit, and puts Helen Mirren in the driver’s seat of a getaway car. It’s big, silly, fast-paced, over-the-top, and a lot of fun, and it was one of the first big screen hits since Covid closed down theaters in 2020. On Cable on Demand and VOD, also on DVD and at Redbox.

Tom Skerritt stars in “East of the Mountains“ (2021, not rated), the screen version of David Guterson’s novel.

“The Starling“ (2021, PG-13), a mix of tragedy and comedy, stars Melissa McCarthy and Chris O’Dowd as a married couple grieving the loss of a child. Kevin Kline, Timothy Olyphant, and Daveed Diggs costar in the film directed by Theodore Melfi.

International passport: the survivor of a terrorist bombing inadvertently becomes drawn to the group responsible in the thriller “Je Suis Karl“ (2021, Germany, TV-MA, with subtitles).

Kid stuff: “My Little Pony: A New Generation“ (2021, PG) is a new animated feature in the long-running series.

Four women find renewal when they rent an Italian villa for the summer in the 1920s in the lush “Enchanted April“ (1992, PG).

The animated comedy “The Croods: Family Tree: Season 1” (TV-G) continues the story of the prehistoric family from the movies (Hulu and Peacock).

True stories: the four-part documentary “The People v. The Klan“ (TV-MA) looks at the work of civil rights activists to dismantle the Ku Klux Klan in the 20th century.

“Wolfboy and the Everything Factory: Season 1“ (TV-Y7) is an animated adventure to the center of the earth.

Before becoming Mrs. Maisel, Rachel Brosnahan starred in “Manhattan: Complete Series“ (2014-2015, TV-14), a drama set on the Los Alamos military base where the atomic bomb was developed in World War II.

“Starring Deborah Kerr” collects 17 features with the British star, from a supporting role in “Major Barbara“ (1941) to the haunting classic “The Innocents“ (1961). Also new: