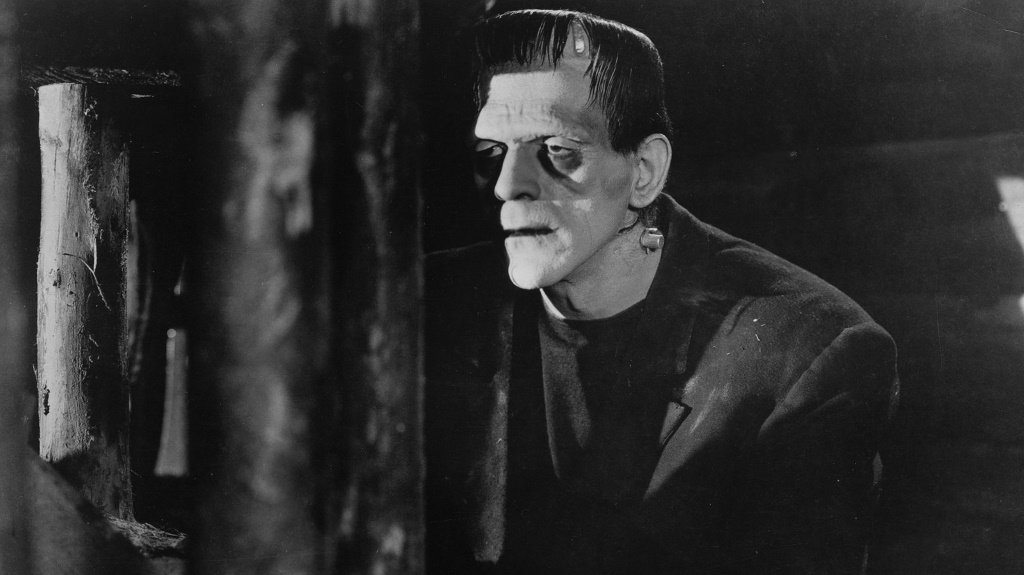 James Whale’s Frankenstein (1931) is the granddaddy of modern monster movies. Universal was looking to a follow up to the tremendous success of Dracula when it assigned sophomore director Whale to helm an adaptation of Mary Shelley’s famous novel with Bela Lugosi slated to play the mute monster. Lugosi passed on the role, dismissing it as beneath him, and Whale cast the largely unknown character actor Boris Karloff.

Whale and Karloff made this mute, misunderstood brute, a corpse brought back to life with the brain of a madmen (the most obvious of the many liberties taken with Shelley’s story), the most pitiable monster to stumble across the screen. And with make-up designer Jack Pierce, they created the most memorable monster in movie history: a towering, lumbering creature with sunken eyes, a flat head, and a jagged scar running down his forehead.

It’s not the first adaptation of the novel, but it is (for all of its liberties) the defining adaptation, the film that all others are measured against. The film buzzes to life in the magnificent laboratory “birth” scene, a moment of modern gothic glory, and if it never quite maintains that charged atmosphere it builds to a marvelous climax with angry torch carrying villagers and a fiery windmill inferno. Colin Clive is a twitchy, intense Dr. Frankenstein, mad with ambition and a kind of arrogance, and Dwight Frye set the standard in mad scientist sidekicks as his wild-eyed hunchback assistant. But its heart belongs to Karloff’s haunted, childlike monster, whose plight never fails to move me.

Whale’s later films, notably the spooky spoof The Old Dark House and the deliriously stylized sequel Bride of Frankenstein, display a surer cinematic hand than seen here and add a subversive twist of black comedy, but even given the restraints of early sound films Whale breaks the film free from static stillness and adorns it with striking design and expressionist flourishes.