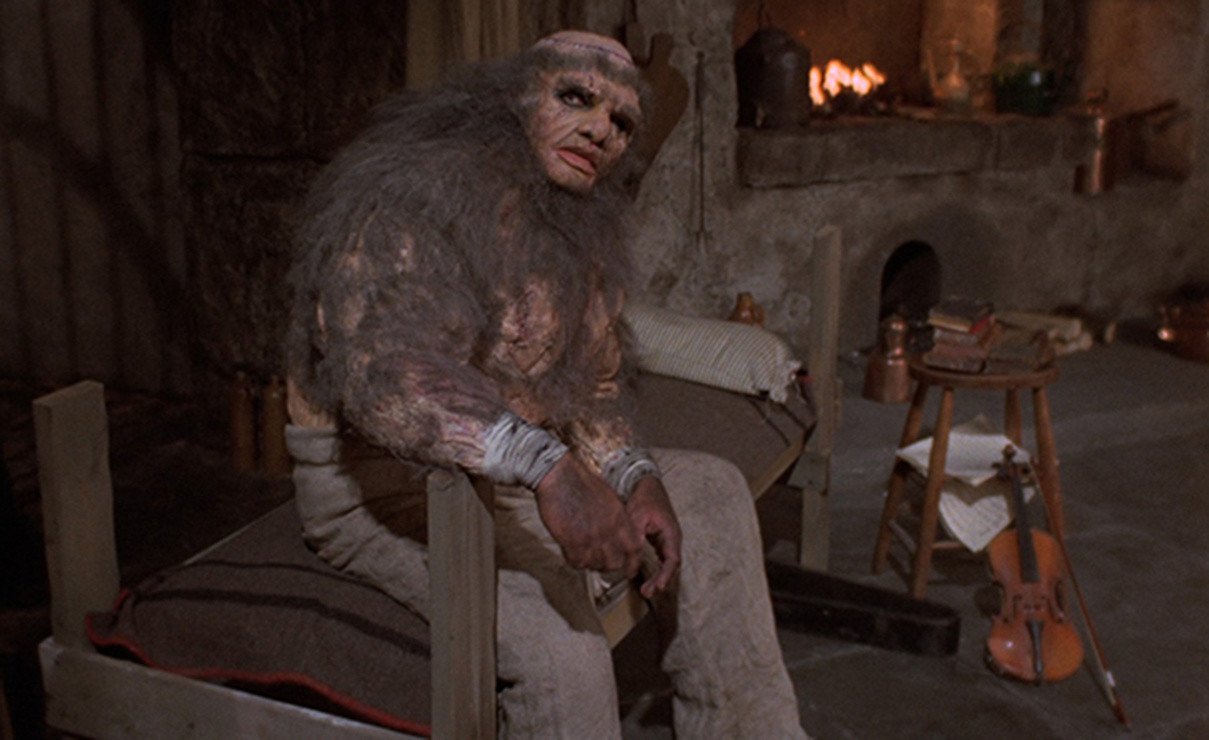 Though it wasn’t Hammer Studio’s final film, Frankenstein and the Monster From Hell (1974) can be considered its swan song, an intelligent, inventive, stylized reworking of the themes that had sustained the series for almost two decades.

Dr. Frankenstein has buried his old identity and reigns over an insane asylum as Dr. Victor (Peter Cushing under a flamboyant blonde wig in his sixth and final turn as the mad scientist) as if it were a live parts yard for his continuing experiments. Shane Briant is an adoring acolyte turned assistant, but even he finally can’t stomach the inhuman way he sacrifices everyone for the sake of science. Bodybuilder David Prowse (who donned the Darth Vader robes in the Star Wars trilogy) is once again unrecognizable under the hulking, ogre-like body-suit of Frankenstein’s creation, a hirsute ape-like brute stitched together from the asylum’s most promising inhabitants and turned into a sad, tortured slave, and Madeline Smith plays Angel to his devilish looking creature.

Shot at end of Hammer’s glory days, the budgetary constraints can be seen in unconvincing miniatures and the rather bulky and stiff ogre suit, but the dark, claustrophobic sets create an effectively gloomy atmosphere. Director Terence Fisher effectively turns pulls out all stops for a marvelous sequence of the creature digging through the asylum graveyard in the middle of a flashing electrical storm, a demonic twist on the iconic gravedigging images that go all the way back to the 1931 Frankenstein.

This was the last reunion for Cushing and Fisher, who together gave birth to Hammer’s Gothic reign of horror with Curse of Frankenstein and Horror of Dracula. Fisher retired after finishing the film.

, iTunes, GooglePlay, Vudu, and/or other services. Availability may vary by service.
Frankenstein and the Monster from Hell [Blu-ray]

Frankenstein and the Monster from Hell [DVD]