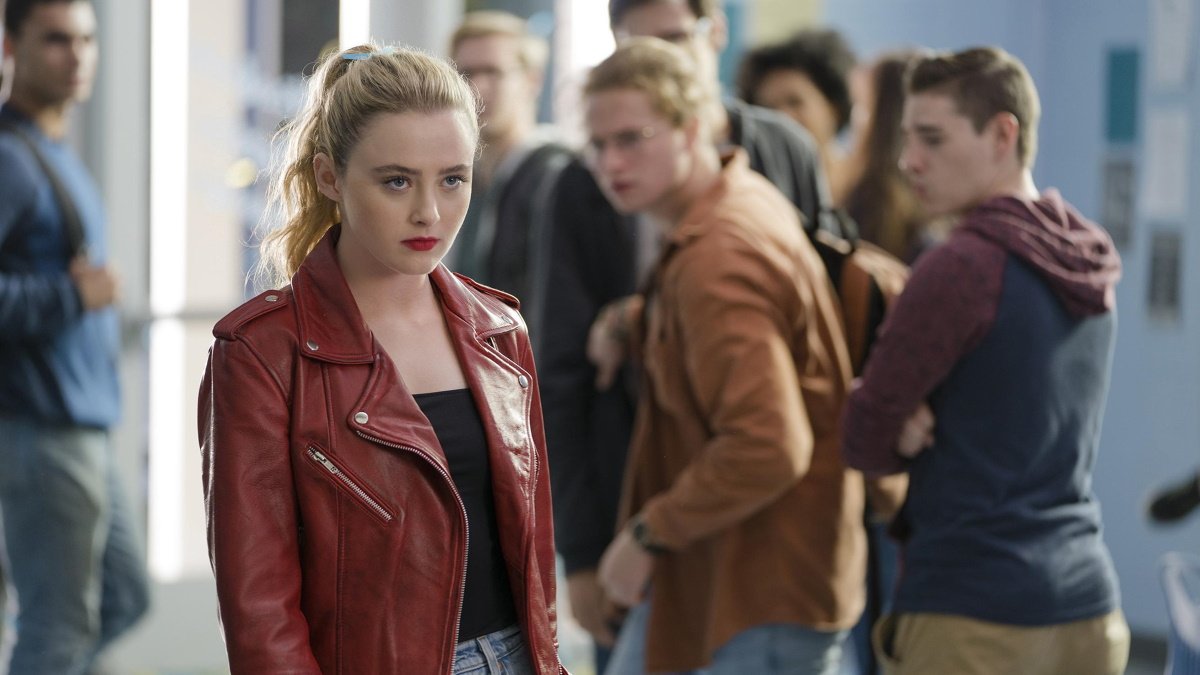 The twist comes after the Blissfield Butcher (played by Vince Vaughn) steals a ceremonial dagger to use on his next victim. That’s when the title becomes shorthand for “Freaky Friday the 13th.” His target, outcast high school girl Millie (Kathryn Newton), survives and wakes up the next morning (on Friday the 13th, in fact) in the body of a grown man and the scuzzy killer finds himself a petite teenage girl, a shock that turns to opportunity; it’s perfect camouflage for a high school slaughter.

Newton transforms from nerdy teenage girl to conniving killer learning the limitations of his new diminutive frame and Vaughn transforms his body language to play a shrinking teenage girl testing out her massive new body and trying to convince her best friends who she really is under the skin of a serial killer. His gift for physical comedy and his commitment to remaining true to Millie’s personality sells the role.

Director Christopher Landon made his reputation for playful twists on the horror genre with the Groundhog Day-inspired Happy Death Day and its sequel. He has even more fun with the body swapping humor than he does with the conventions of the stalk-and-slash conventions. But he also turns the opportunistic kills into a something of a dark wish fulfillment revenge fantasy. Millie is bullied by the jocks, the popular girls, and even her shop teacher (Alan Ruck), and while the Blissfield Butcher doesn’t feel Millie’s anxieties or desires, the same tormenters make themselves immediate targets to the new killer.

Twist aside, there’s nothing here that is new or surprising—the killings are not only played as gruesome spectacles with a twist of ingenuity, they unfold with a sense of inevitability—but the sense of humor, the energy, and the momentum help make this take on the classic slasher movie a lot of fun.

Nyla Chones and Josh Detmer play her very, very understanding best friends and Alan Ruck is one of the oh-so deserving victims.

Also on Blu-ray and DVD and on SVOD through Amazon Video, iTunes, GooglePlay, Fandango, Vudu and/or other services. Availability may vary by service.
Freaky [Blu-ray + DVD + Digital]
Freaky [DVD]

The Blu-ray release also includes a bonus DVD and a UV digital code.