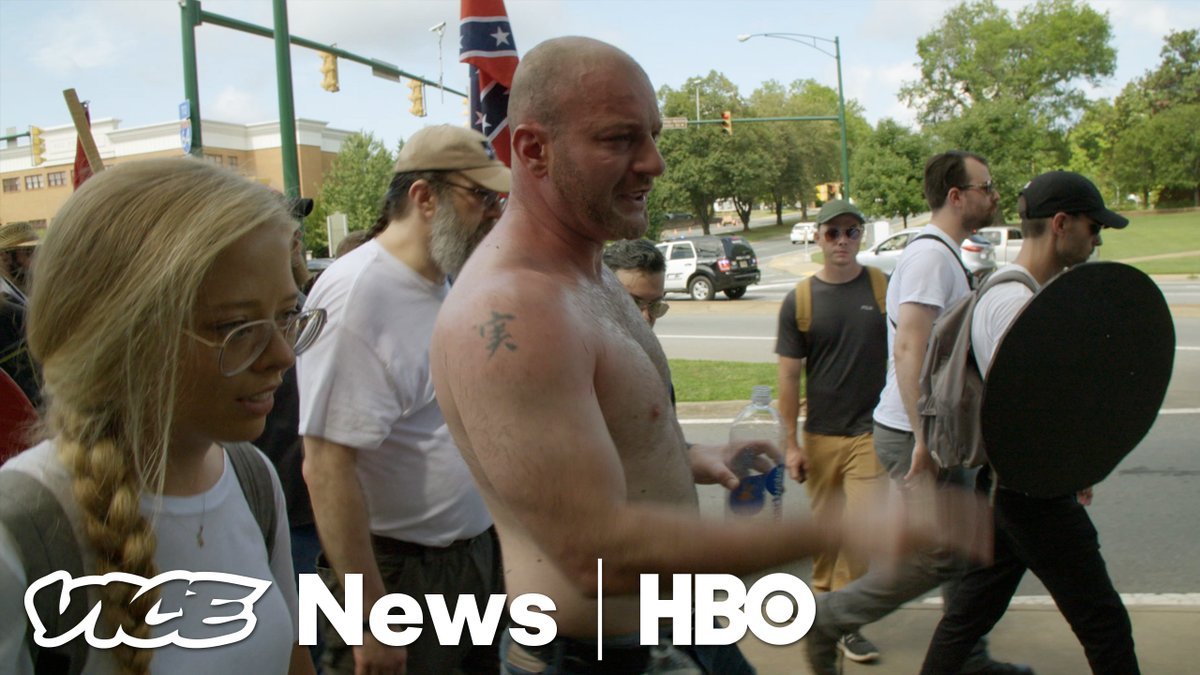 On Saturday, August 12, hundreds of white nationalists, alt-righters, and neo-Nazis traveled to Charlottesville, Virginia to participate in the “Unite the Right” rally. By Saturday evening three people were dead – one protester, and two police officers – and many more injured.

Vice News covered the events in Charlottesville, Virginia for the HBO nightly show VICE News Tonight with a depth that even the cable news channels miss. Reporter Elle Reeve talked directly to leaders of and participants in the protest march and with counter-protesters, as well as residents of Charlottesville and the Charlottesville Police force.

The program originally aired on HBO on Monday, August 14. The 22-minute program is now available to watch in its entirety for free.