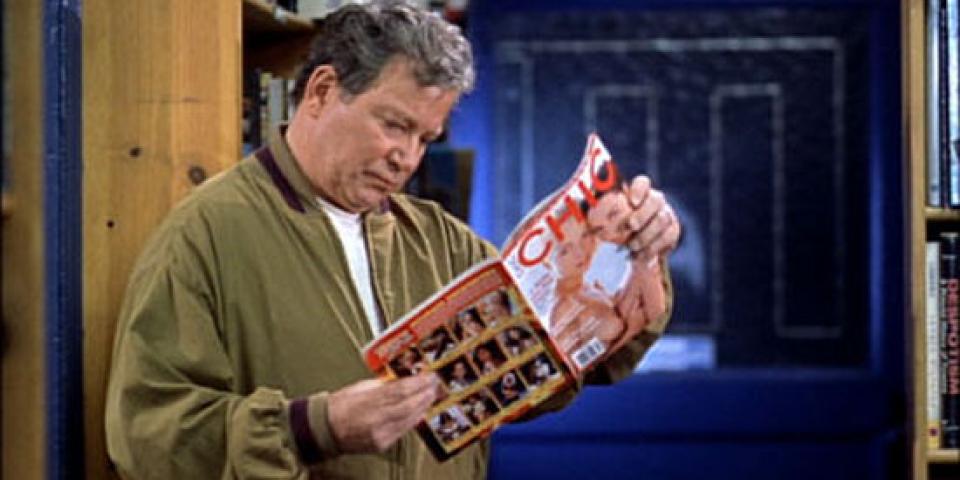 Free Enterprise (1999) is in some ways yet another Gen-X Peter Pan story of young adults living their lives through pop culture references while avoiding real world responsibility, but director Robert Meyer Burnett and co-writer Mark A. Altman definitely know their world of movie and media saturated SF geeks with dreams of making it in Hollywood via cheap horror films and self-referential movies.

Beyond the dense web of SF cultural references (everything from arguments about episode names from the Star Trek TV series to a hilarious fear of adulthood dream where Robert imagines himself in Logan’s Run while his buddies hunt him down), the film revisits familiar territory. Robert meets his soulmate (Audie England) in a comic book nut, sci-fi junkie, and all around sexy babe: the geek dream girl who is inexplicably won over by the trying-too hard nerd. Meanwhile he’s as irresponsible as ever and the film gets mired in an unending stream of carousing and late night drinks with Robert and his equally self-involved buddies; it wastes too much time with their wasted time, with only occasionally inspired dialogue to turn these often droning diversions into moments of insight, or at least entertaining breaks.

What saves the film is Shatner: the actor, the persona, and the remarkable synergy between the two. William Shatner plays William Shatner as a vulnerable, vainglorious ham, a sad clown who gets along with everybody but strikes out in romance (“Women don’t see me the way you guys do”), drinks to excess and spins his fantasy projects with hope against hopelessness (“I’ve got a great xylophone player and great bongo player for the pitch meeting”). Since this film, Shatner has embraced the knowing self-parody, but in 1999 it was a surprise to see Shatner play the histrionic theatrical “actor” with such loving bemusement. He embraces the love/hate relationship with his iconographic status as Captain Kirk with a mixture of pride and chagrin and takes delight in puncturing his ego while transforming himself into a humble, sweet guy trapped in the overacting ego of a media icon.