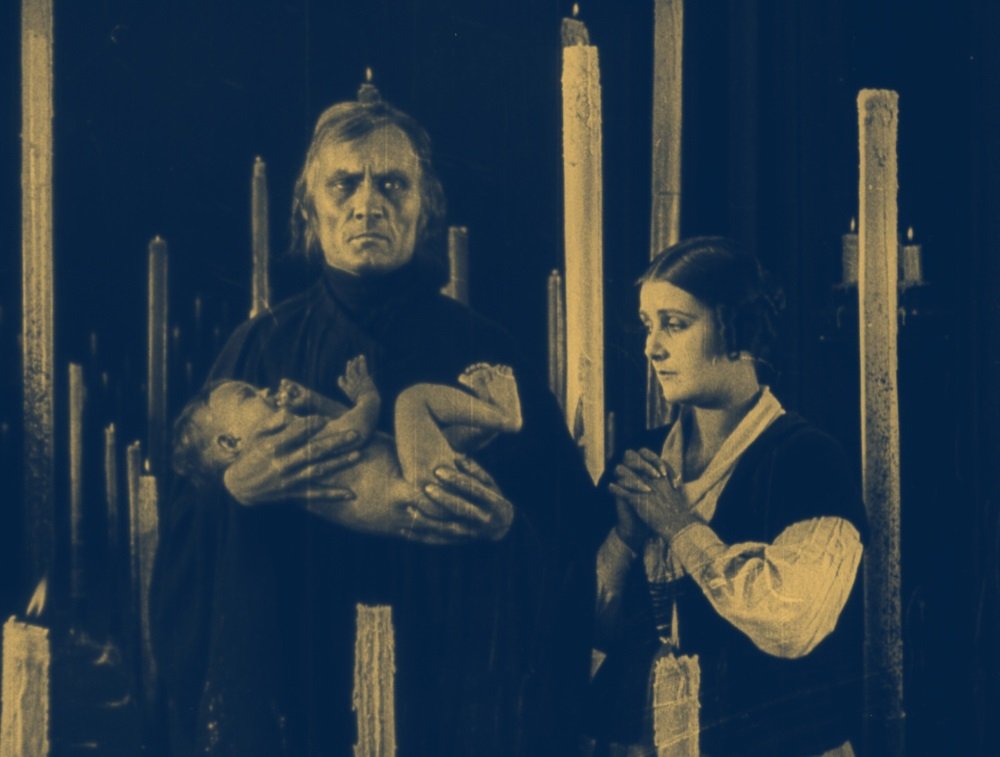 Destiny (1921) is the first genuine masterpiece from Fritz Lang, one of the most influential filmmakers of the silent era and one of the great directors of all time. Even Lang thought so, and seeing the new restoration by the Murnau Siftung Foundation in Germany merely confirms that critical consensus. Technique, sensibility, cinematic vision, and story all come together in this epic drama of love, death, myth, and sacrifice, a mix of supernatural drama and mythic parable produced in the shadow of World War I.

A young woman (Lil Dagover) finds her fiancé (Walter Janssen) suddenly gone, dead before his time (as were many young men in the war), and appeals to Death (Bernhard Goetzke) to bring her fiancé back. Death (who is indeed weary of his toils) gives her three chances to stop the candle of life from going out and this becomes the framework for an anthology of stories of love and death through the ages, each tale in a different exotic time and place. A commoner is condemned by a Caliph for wooing his daughter in ancient Baghdad, a jealous man plots the murder of a romantic rival in 17th century Venice, and a wizard plays games with an abducted couple for the amusement of the Emperor in Imperial China. Dagover and Janssen the roles of the doomed lovers in each story, which inevitably end in tragedy, yet Lang offers a different kind of triumph thanks to love and sacrifice.

Lang creates fantastical sets for each story and for Death’s domain, a mythical realm with an epic scale, and his groundbreaking special effects, still awe-inspiring in their delicacy and grandeur, inspired Douglas Fairbanks to create The Thief of Bagdad. But where Fairbanks created giddy adventure with wide-eyed wonder, Lang’s baroque designs and spectacular magic are put to a story of regret, sacrifice, and somber poetry. His first undeniable masterpiece looks ahead to the visual splendor, operatic drama, epic visions, and emotional intensity of Die Nibelungen, Metropolis, M, and the Dr. Mabuse films.

Also on Blu-ray in a special edition with commentary and a featurette.
Destiny (1921) [Blu-ray]