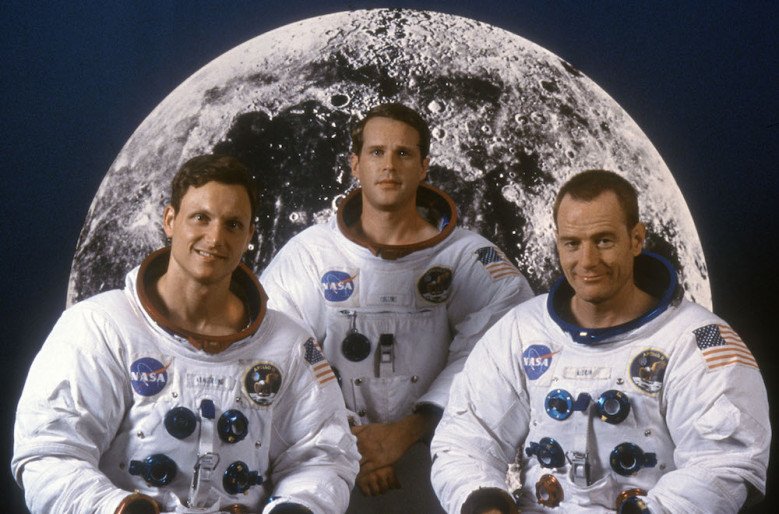 The history of the American space race is presented in terms both reverential and mortal in From the Earth to the Moon(1998), the sweeping Tom Hanks produced mini-series made for HBO.

The debut episode “Can We Do This?,” directed by Hanks, is a quick survey of the birth of the space program from behind the scenes, among the astronauts, the engineers, and the NASA officials, but the rest of the episodes of the series take a laser focus on specific events and challenges between 1967 and 1972. “Apollo One” opens on the fire that killed Gus Grissom and his crew during a routine test on the launch pad and follows the detailed investigation into the disaster. “We Have Cleared the Tower” sees the preparations for Apollo 7 through the eyes of a young documentary crew. “Spider” rewinds to chart the development of the lunar module, from a spark of inspiration through 7 years of problem solving to its final race to work out the hundreds of bugs before its maiden voyage on Apollo 9. “Mare Tanquilitatis” explores the expectations behind the first moonwalk, and its effect on the personalities entrusted with the mission. And so on through the final episode “Le Voyage Dans la Lune,” about the final Apollo mission.

It’s a slice of genuine patriotic sentiment, not because it celebrates large heroic actions of a few astronauts, but the thousands upon thousands of creative leaps, gutsy decisions, moments of ingenuity, and personal sacrifices by astronauts, engineers, contractors, and NASA officials alike that it took to bring the moon landing—and the space program as a whole—out of the realm of dream and into reality.

With its dedication to detail and its celebration of human ingenuity and national determination, it makes a perfect companion piece to The Right Stuff and Apollo 13 (the latter inspiring Tom Hanks to embark on this production).

It won three Emmy awards, including outstanding miniseries, and a Golden Globe.

On all HBO platforms

, iTunes, GooglePlay, Fandango, Vudu and/or other services. Availability may vary by service.
From the Earth to the Moon [Blu-ray]

From the Earth to the Moon [DVD]

On Blu-ray and DVD from HBO Home Video, with a bonus disc with a collection of documentary featurettes on the mini-series production and special effects and on the solar system and the moon. Also features biographies of major astronomers, a timeline of the USA and USSR space programs, and President John F. Kennedy’s historic speech to Congress on May 25, 1961.