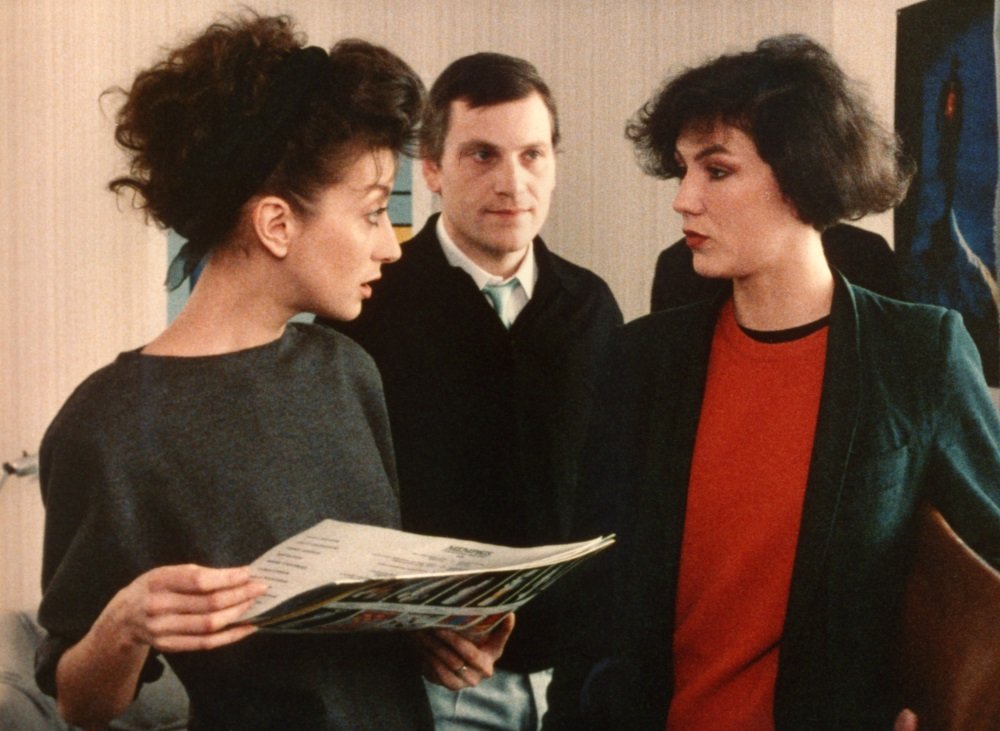 Full Moon in Paris (France, 1984), the fourth of Eric Rohmer’s six “Comedies and Proverbs,” stars Pascale Ogier as Louise, a restless designer bored with sleepy suburban life outside of Paris, lives with her lover Remy (Tcheky Karyo), a stable architect happy with a calm home life and a long-term relationship. The independent minded Louise decides to move back into her old Paris apartment during the week, losing herself in the bustle of dinner parties and nightclubs and single men, while spending her weekends back with Remy. Like an inversion of Rohmer’s “Six Moral Tales,” Louise becomes briefly entangled with another man, a spontaneous musician who is the opposite of Remy, but in a neat twist on the formula Remy himself drifts to another – at the suggestion of Louise herself.

This is the most ironic and, in many ways, judgmental of Rohmer’s films. Willowy Ogier’s kittenish sexuality and zest for life are wrapped in a self-absorbed determination that borders on indifference, but for the most part this is another wryly witty look at modern love from the master of the sophisticated romantic comedy. Fabrice Luchini plays Louise’s best friend and conniving confidante Octave and Laszlo Szabo appears as a café patron who pontificates on the magical effects of the full moon. Ogier, who died shortly after the film’s release, designed many of the handsome sets.

Add to Amazon Prime watchlist or watch it on Sundance Now

Also on DVD and Blu-ray, with an archival interview with actress Pascale Ogier.
Full Moon in Paris [DVD]