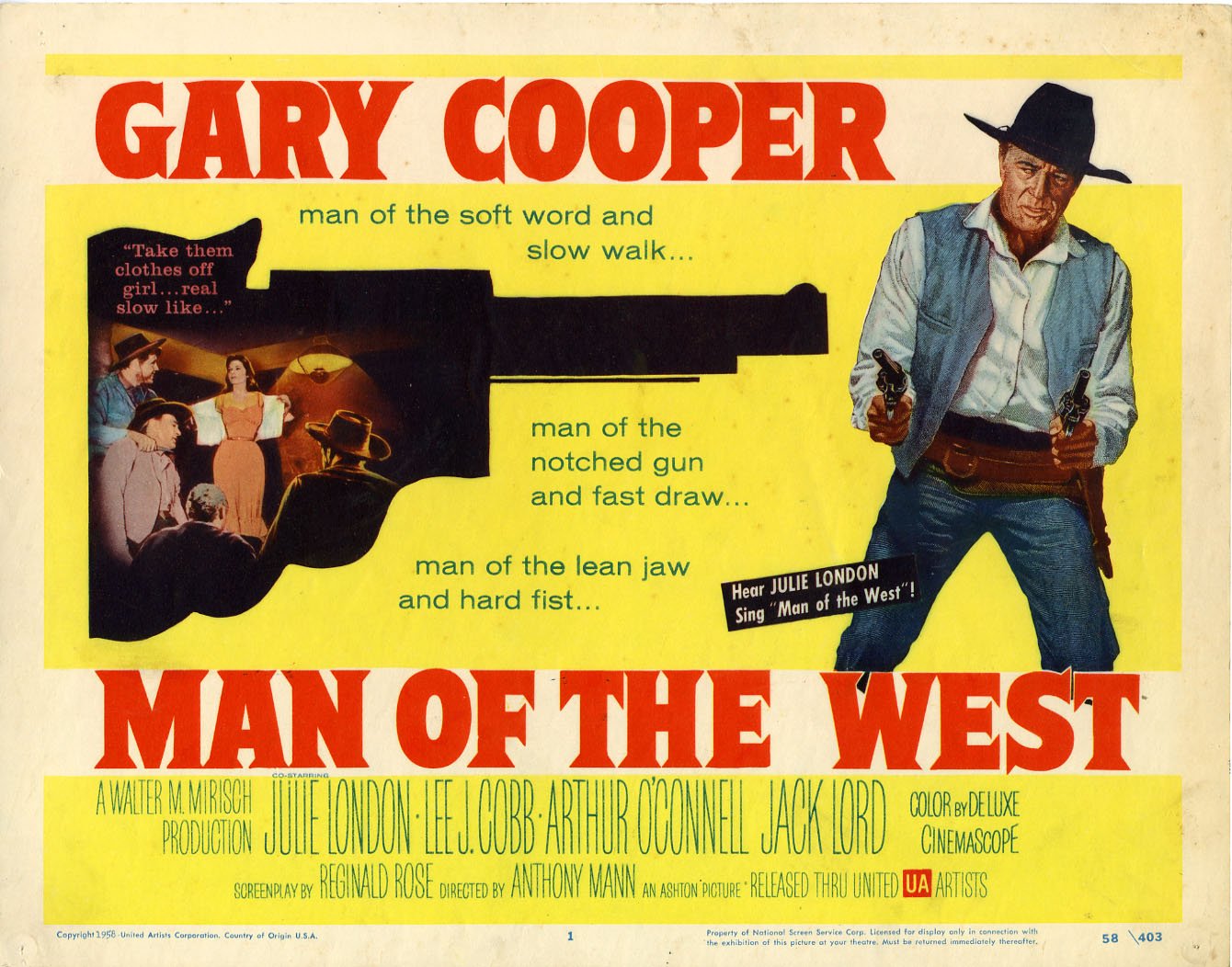 The great western director Anthony Mann and aging western icon Gary Cooper teamed up for the first and only time in Man of the West (1958), a stark frontier drama of a trio of train passengers stranded in the desert after a railway holdup.

Taking responsibility for his helpless compatriots (Julia London as a sad-eyed prostitute and Arthur O’Connell as a garrulous but cowardly banker), craggy-faced Link Jones (Coop) takes them into the veritable viper’s nest in a desperate gamble. It turns out that the respected town elder was once a member of the outlaw gang that robbed them, and he is welcomed back by old gangleader (Lee J. Cobb) like the prodigal son. The other bandits, an angry lot of cutthroats, are not so forgiving but they humor the old man while plotting to unmask Cooper as a traitor in a battle of wits and wills.

12 Angry Men author Reginald Rose wrote the literate if sometimes overly symbolic script, which plays out like a morality play on the unforgiving frontier, and Mann gives his familiar themes of family and betrayal a dramatic twist. He wrenches up the jagged conflict by setting it in a spare, desolate landscape: the trio hiking down an endless horizon of empty track, a lone ramshackle shack on the arid plains, the desolate ghost town where a planned bank heist turns out to be a pathetic fantasy. Mann’s taut direction creates a tension that hangs in the air like the sword of Damocles over the stranded travelers and explodes in cruel, raw violence.

Cooper brings a wounded, weary dignity to his role as a man haunted by a past that has returned with a vengeance and Cobb is almost sad as the patriarchal gangleader who welcomes the reluctant Coop back into the fold. John Dehner, Jack Lord and Royal Dano co-star. This was what was considered an adult western in 1958 and its stark style and dark themes have aged well.

, iTunes, GooglePlay and/or other services. Availability may vary by service.
Man of the West [Blu-ray]

Man of the West [DVD]