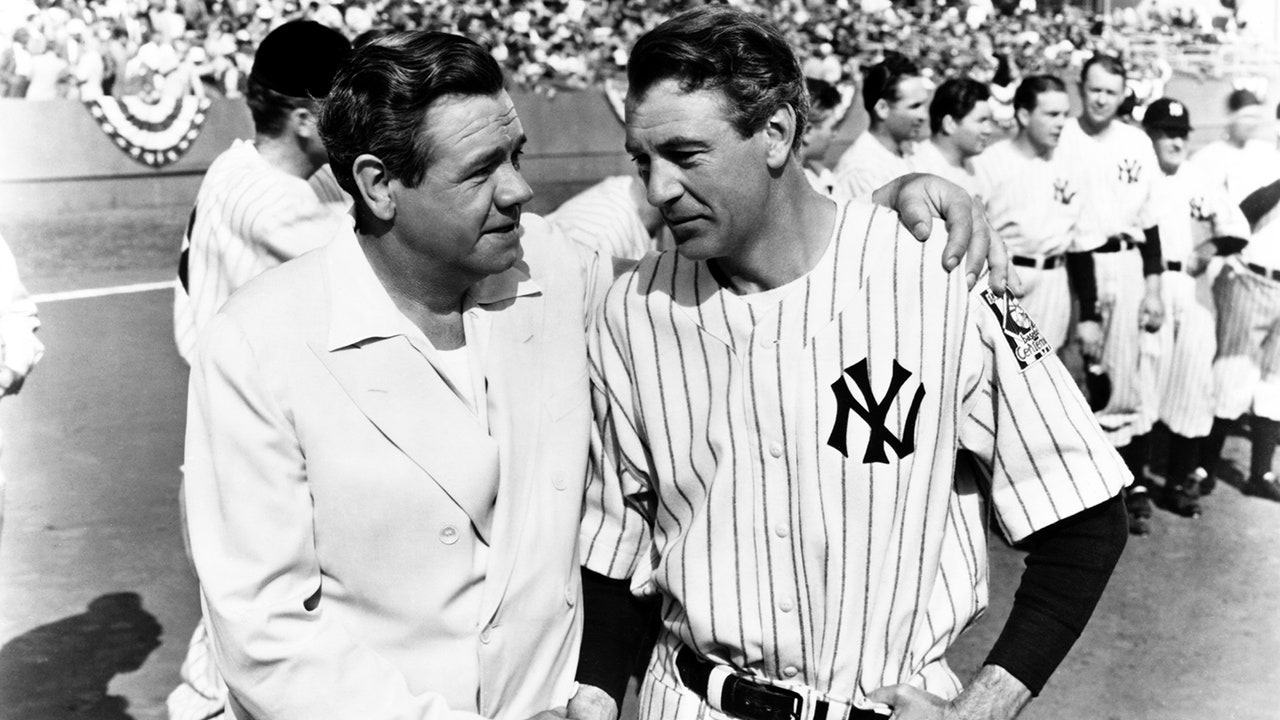 Gary Cooper, that great Oak of an American actor, progresses from the awkward and naively shy rookie to the seasoned “Iron Man” first baseman of the New York Yankees without losing his idealism or modesty in The Pride of the Yankees (1942).

Nominated for 11 Academy awards (winning one for film editing), this handsome biographical drama of baseball legend Lou Gehrig is one of the most finely crafted films to emerge from Hollywood.

Teresa Wright captures the same slice of Americana with her mixture of girl next door sweetness and urban sophistication as his supportive wife Eleanor. After he’s diagnosed with a degenerative neurological disease (known today simply as Lou Gehrig’s disease), Cooper delivers Gehrig’s famous retirement speech from the mound of Yankee stadium with the courage and spirit of a winner: “I consider myself to be the luckiest man on the face of the earth.”

One of the most beloved sports films ever made, Pride is about more than simply baseball: Gehrig, the hard working, uncommonly talented son of immigrant parents, is the living embodiment of the American Dream. Walter Brennan and Dan Duryea costar as a Greek chorus of sportswriters and real life Yankees Bill Dickey, Mark Koenig, Bob Meusel, and Babe Ruth appear as themselves.

Add to Amazon Prime Watchlist or watch free on Kanopy, which is free through most public and college library systems.

, iTunes, GooglePlay, Fandango, Vudu and/or other services. Availability may vary by service.
The Pride of the Yankees [DVD]