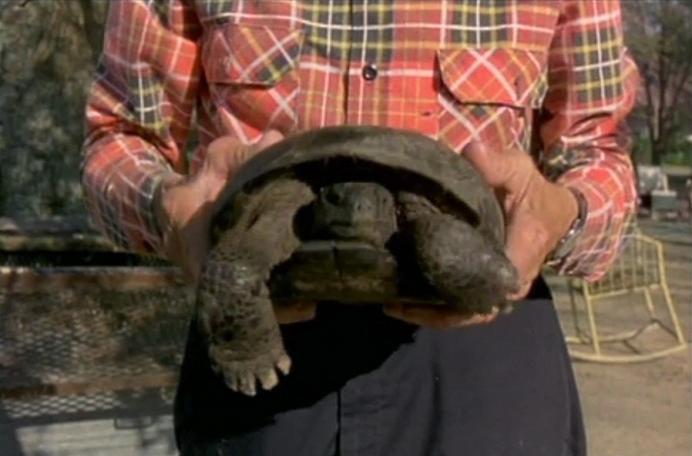 Errol Morris is one of the most celebrated—and most distinctive—documentary filmmakers of our time and his interest in unconventional portraits and offbeat subjects began with his first films.

Gates of Heaven (1978, not rated) profiles two pet cemeteries—one that went out of business and another, more financially stable business where the graves were relocated—and the people who love their pets so much that they gave them formal burials and headstones. Morris presents the interviews without adornment or commentary, letting the plainspoken words create an almost surreal quality; audiences weren’t sure if Morris was being sincere or satirical. Roger Ebert championed the film—he nominated it was one of the ten best films ever made—and Werner Herzog encouraged Morris by promising to eat his shoe if he finished. He did and it was filmed by Les Blank as the short Werner Herzog Eats His Shoe (1980).

Vernon, Florida (1981, not rated) is equally unusual, a profile of the residents of the rural town of the title. It’s a cockeyed piece of Americana at its most eccentric as Morris lets these colorful real-life characters tell their odd stories and share their offbeat interests and obsessions. Once again, Morris simply records them with a dry, deadpan style, letting their own words and oddly expressive body language carry the film. If anything, it confirms the cliché that truth is stranger than fiction. You couldn’t make up these interviews.

Queue ’em up: Gates of Heaven and Vernon, Florida

), iTunes, GooglePlay and/or other services. Availability may vary by service.
Gates of Heaven/Vernon, Florida [Criterion Blu-ray]

Criterion presents a double-feature special edition on Blu-ray and DVD in remastered transfers with exclusive video interviews with Morris. Also available in other movie-only DVD editions.