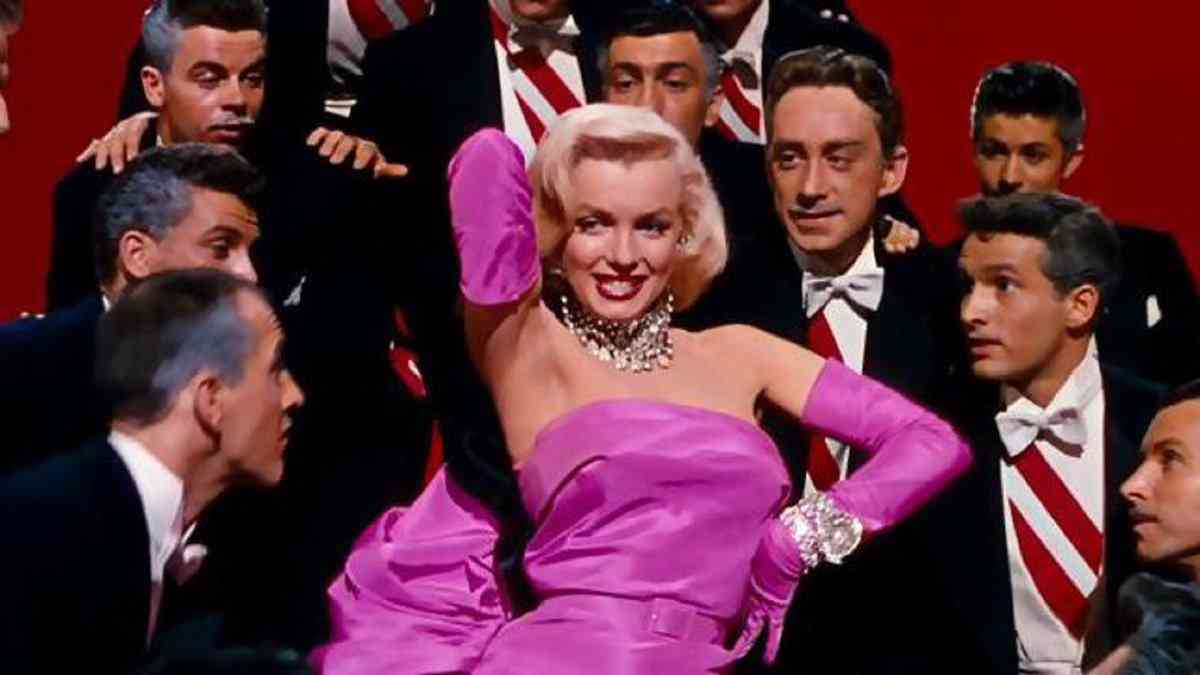 Lorelei and Dorothy are showgirls and best friends on a luxury liner to Paris for their next gig, where a private detective (Elliot Reid) has been dispatched by the millionaire father of Lorelei’s fiancé (Tommy Noonan) to catch her in a compromising position and stop the impending nuptials. It’s a set-up for plenty of compromising situations (British aristocrat Piggy, played by Charles Coburn as a leering dirty old man pursuing Lorelei, is to blame for most) and Hawks plays the broad sexual humor for what is surely a male audience. But while he photographs them like cover girls, he never, ever allows them to play second fiddle to the men. These two little girls from Little Rock are thoroughly loyal to each other and always in charge.

It’s a delightful, hilarious farce, with great musical numbers (Monroe’s iconic “Diamonds are a Girl’s Best Friend” and Russell’s “Isn’t Anyone Here For Love,” sung to a bevy of beefy but oblivious bodybuilders) and gorgeously garish color and a truly memorable comic performance by the frog-voiced child actor George “Foghorn” Winslow as a young heir apparent to a fortune who isn’t immune to Lorelei’s “animal magnetism.”

Russell (who gets top billing) and Monroe (whose star was still rising when she made the film) have a beautiful chemistry and superb byplay. It’s a shame they never reunited for another pairing.

The Blu-ray and DVD editions feature stills, a restoration demonstration, and the original trailer.