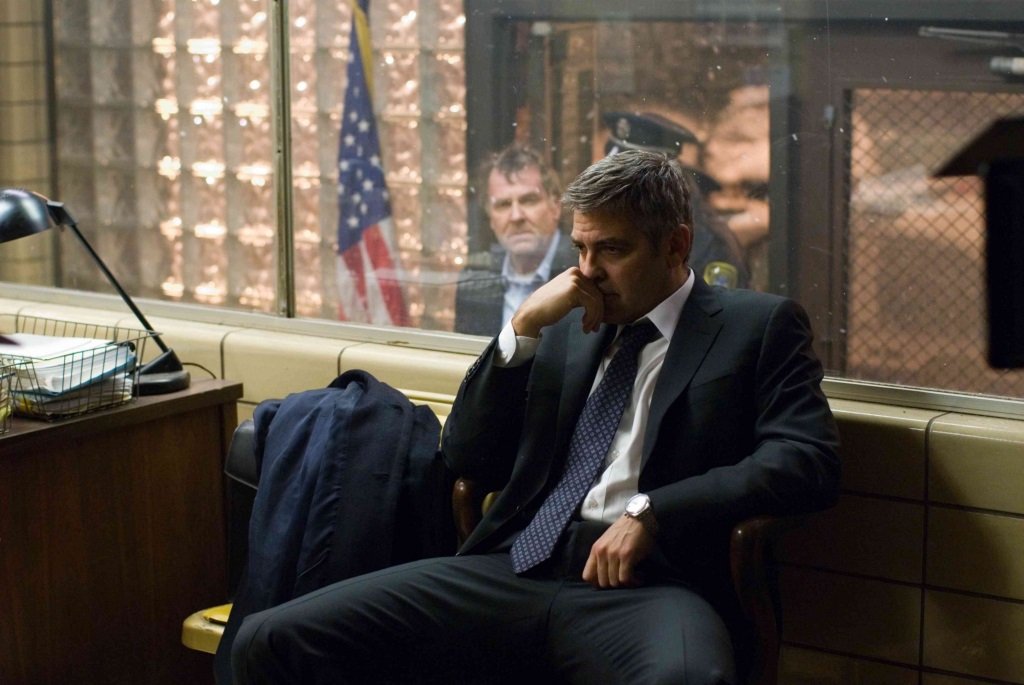 George Clooney simmers as Michael Clayton (2007), a legal “fixer” who works behind the scenes of a powerful New York law firm, in Tony Gilroy’s smart, sharp legal drama. When he’s sent to clean up the moral meltdown of the firm’s leading litigator (Tom Wilkinson), he unwittingly stumbles into a corporate conspiracy with reverberations that could kill him.

This description makes Michael Clayton sound the kind of adrenaline thriller that made screenwriter Gilroy’s name (namely the Bourne espionage thrillers, which Gilroy scripted with a certain realpolitik intelligence), but it’s much more of a chamber drama where characters wield dialogue like precision weapons. Clooney plays a sharp legal mind who is not permitted a title commensurate with his job or his value to his legal firm because he works under the radar so often. Gilroy directs with a cool hand and an underplayed sense of drama, letting the words and the performances carry the film.