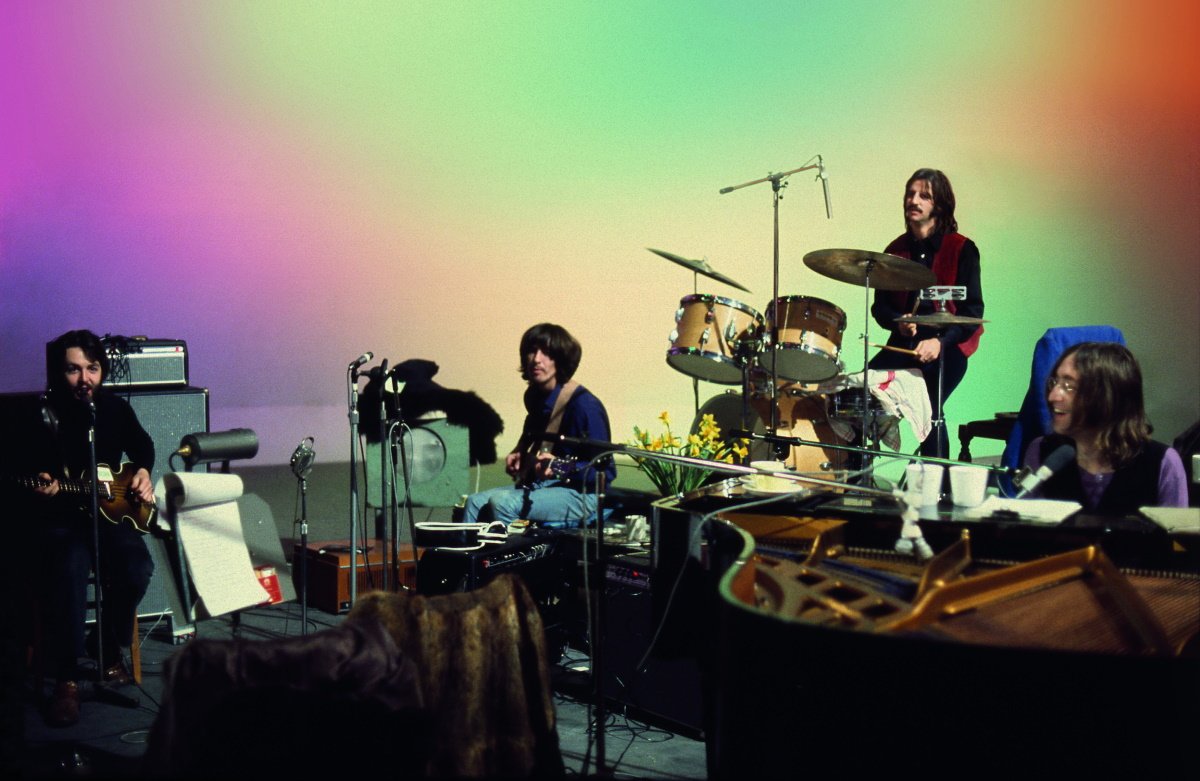 Oscar-winning filmmaker Peter Jackson returns to the film footage shot during the making of the album “Let It Be” for his celebratory portrait of the Beatles during a period of upheaval in “The Beatles: Get Back“ (2021, TV-PG), one that favors the joyous moments over the discord. It’s an epic that runs over seven hours in three parts that debut over three days starting on Thanksgiving. (Disney+)

The limited series “True Story“ (TV-MA) stars Kevin Hart as a world famous comedian performing in his home town of Philadelphia and Wesley Snipes as his older brother who pulls him trouble that puts everything he’s accomplished on the line. This dark thriller is from “Narcos” writer Eric Newman. (Netflix)

“Pig“ (2021, R) stars Nicolas Cage in committed, compelling performance as a recluse in the Oregon forests who goes on a journey through Portland’s foodie underground—and his own past—when his beloved truffle-hunting pig is kidnapped. This offbeat indie drama, shot on location in and around Portland, sounds like it could be a PNW “John Wick” and there is indeed some violence, but it is less about revenge than loss, regret, and connection. (Hulu)

Halle Berry directs and stars in the redemptive sports drama “Bruised“ (2021, R) as a disgraced MMA fighter given one more chance at a major match when the son she gave up as an infant shows up in her life. Danny Boyd, Jr., Adan Canto, Adriane Lenox, and real-life fighter Valentina Shevchenko costar. (Netflix)

The documentary “Becoming Cousteau“ (2021, PG-13) from Oscar-nominated filmmaker Liz Garbus looks at the life, career, and legacy of celebrity oceanographer Jacques-Yves Cousteau, who introduced millions of Americans to the undersea world through his TV documentary specials. (Disney+)

The Christmas movies come out in force this week. “A Castle for Christmas“ (2021, TV-G) offers holiday romance with Brooke Shields as an American author and Cary Elwes as a British Duke and “A Boy Called Christmas“ (2021, PG), based on the book by Matt Haig, is a family adventure starring Toby Jones, Sally Hawkins, and Kristen Wiig. (Netflix)

For kids, there’s the animated holiday musical “Robin Robin“ (2021, G) about a bird raised by burglar mice (Netflix) and the live action comedy “A Loud House Christmas“ (2021, TV-G) based on the animated Nickelodeon series (Paramount+).

And for Scrooge-ier pick, the documentary “’Twas the Fight Before Christmas“ (2021, R) looks at the contentious battle over a lavish neighborhood Christmas display in Northern Idaho. (Apple TV+)

Jessica Chastain is Tammy Faye Baker in “The Eyes of Tammy Faye“ (2021, PG-13), a drama about the scandal that toppled the evangelical empire she built with Jim Bakker (Andrew Garfield) and her redemptive journey that made her an icon in the LGBTQ+ community. Vincent D’Onofrio and Cherry Jones costar and Michael Showalter directs this adaptation of the 2000 documentary.

True stories: limited series “Reasonable Doubt: A Tale of Two Kidnappings“ (Mexico, TV-MA, with subtitles) looks at how a minor traffic accident spiraled into a case of grievous injustice.

International passport: three rich siblings are forced to earn a living when their wealthy father tells them he’s bankrupt in the comedy “Spoiled Brats“ (France, 2021, TV-14, with subtitles). Also new:

International TV: a group of supervillains team up to take on a crime boss in the animated “Super Crooks: Season 1“ (Japan, TV-MA).

An outcast teenage girl (Aurora Giovinazzo) who counts her age in “Dog Years“ (Italy, 2021, TV-MA, with subtitles) embarks on her bucket list on her 16th birthday in the young adult romantic comedy.

Ray Liotta joins the cast of the third and final season of the espionage action series “Hanna“ (TV-MA).

Based on a true story, “The Killing of Kenneth Chamberlain“ (2019, TV-MA) stars Frankie Faison as an African-American veteran with bipolar disorder who was killed by police officers in his own home.

More true stories: “DMX: Don’t Try to Understand“ (2021, TV-MA) follows the rapper rebuilding his career after his release from prison in early 2019.

The kids are all grown up in “South Park: Post COVID“ (2021, TV-MA), an animated special that takes place in the future.

The second season of the “Saved by the Bell“ (TV-14) reboot and the new animated kids show “Dragons Rescue Riders: Heroes of the Sky“ (TV-Y7) debut.

Jason Sudekis and Evangeline Lilly star in the crime thriller “South of Heaven“ (2021, not rated).

A musician faces dark forces in a remote cabin in the Canadian horror film “The Strings” (2021, not rated). (Shudder / AMC+)