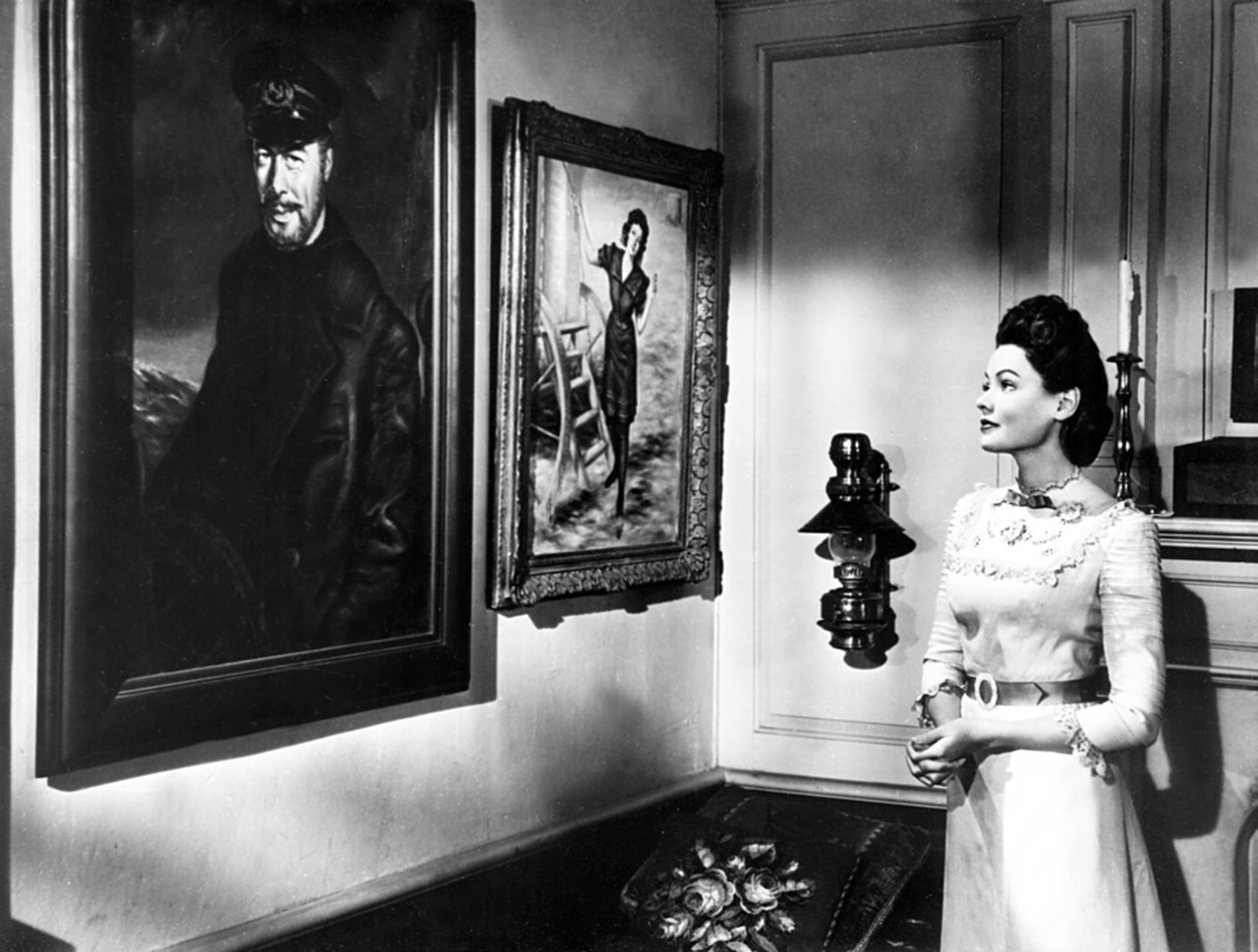 There’s an admirable mid-century modernity amidst the old-fashioned elegance of The Ghost and Mrs. Muir (1947), a romantic ghost story with a strong-willed young widow and the salty but gentlemanly spirit of a sea captain.

Gene Tierney stars as Lucy Muir, a beautiful and independent-minded young widow with a little girl (played by Natalie Wood) living in the oppressive London home of her nervous, clingy mother-in-law and disapproving sister-in-law. She finds escape in Gull Cottage, a handsome old seaside home in the quaint little town of Whitecliff-on-the-Sea. “Haunted. How perfectly fascinating,” she smiles as she makes her mind up, and soon she makes the acquaintance of its former owner Captain Daniel Gregg, a cantankerous ghost played with a gruff, flinty manner by Rex Harrison. She earns his respect when she stands up to his bellowing attempts to scare her away and he comes to terms with his permanent houseguest: a co-existence that turns into a partnership and even something of an unspoken romance.

George Sanders is at his smarmy smoothest as the smooth-talking Miles Fairley, aka Uncle Neddy, a best-selling children’s author who loathes children. The photography is never less than handsome and elegant, a mix of Hollywood glamor and old-world nostalgia, and Bernard Herrmann’s haunting score matches the melancholy photography of the picaresque turn of the century New England coast setting.

Less ghost story than romantic fantasy of impossible love, this moody classic from director Joseph Mankiewicz is a refreshingly mature and down to earth bittersweet romance. The Ghost and Mrs. Muir is a film of loneliness and yearning as well as a triumph of independence and a celebration of Lucy’s determination to, for the first time, live her own life rather than one defined by others.

It earned an Oscar nomination for the rich cinematography by Charles Lang.

For more, read the feature review at the Turner Classic Movies website

On Blu-ray and DVD with a pair of commentary tracks, one by contemporary visual effects artist Greg Kimble and Bernard Herrmann expert Christopher Husted, the other by film historian and professor Jeanine Bassinger and Joseph Mankiewicz biographer Kenneth Geist.