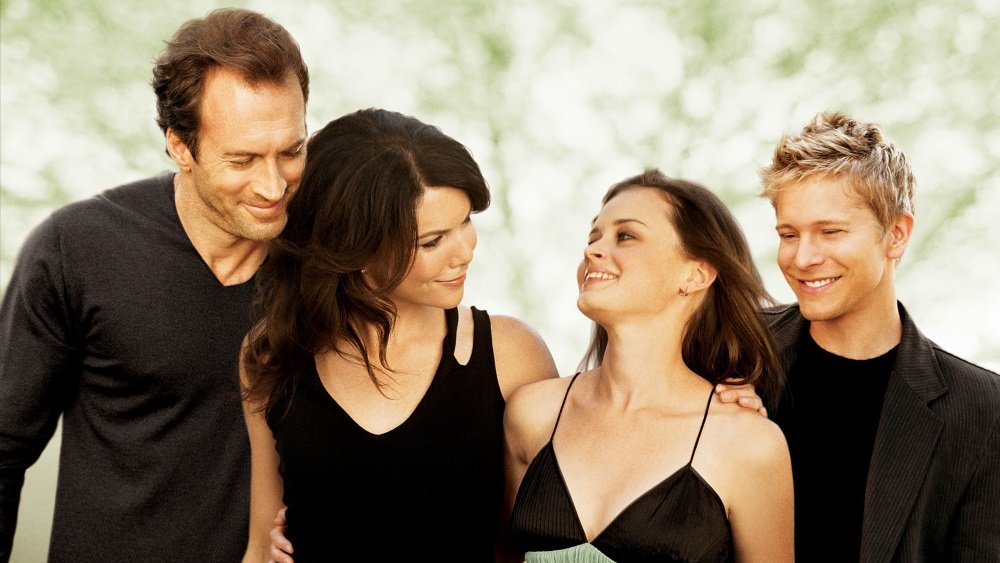 The series opens with smart and sensible Rory at age 16, not only on the verge of independence, rebellion, and a whole new culture as she begins attending an exclusive prep school, but at the very age Lorelei was when she dropped out of high school to have her daughter, which certainly gives the permissive mom plenty to worry about.

For seven years mothers and daughters and even some fathers and sons watched Lorelei tussle with her disapproving blue-blood parents (Kelly Bishop and Edward Herrmann) while tripping through a complicated romantic life that she can’t help but complicate even more. Meanwhile Rory followed her journalism dreams from snooty prep school to Yale, managing to find almost as much romantic complication her mother.

In season three, Rory lands in her own romantic cauldron as a prep school senior when she has to choose between two suitors (longtime boyfriend Jared Padalecki and moody bad-boy Milo Ventimiglia). In season four Lorelei follows her dream to run her own inn with her best friend and partner Sookie (future Emmy-winner and comedy supernova Melissa McCarthy) while Rory begins her first year at Yale. And the fifth season complicates things even more as Lorelei finally moves on her attraction to Luke (Scott Patterson), the owner of the local diner, and Rory gets involved with a new young man (Matt Czuchry of The Good Wife) who comes from the same old-money world as her grandparents.

The girls have a marvelous rapport and a teasing ease with each other, at times like dear siblings or best friends, and that chemistry centers the show even when the scripted complications get a little absurd (especially after creators Amy Sherman-Palladino and Daniel Palladino left the show in the final season). Keiko Agena co-stars as Rory’s best friend Lane and the eccentric population of the picaresque Stars Hollow, the small town that Lorelei and Rory call home, provides the rest of the character humor and local color.

It ran for seven seasons and 153 episodes and earned a devoted following. The love for the show was so strong that creator Amy Sherman-Palladino returned and reunited the cast for a limited series of four feature-length episodes collectively known as Gilmore Girls: A Year in the Life made for Netflix.

Also on Blu-ray and DVD and on SVOD through Amazon Video, iTunes, GooglePlay, Vudu and/or other services. Availability may vary by service.
Gilmore Girls: Complete Series [DVD]

See the cast reunion on Today from October 2015, celebrating the 15th anniversary of the show.

Also available to own on DVD in a box set in a padded vinyl carrying case, a retro design that suggests fashion dolls and sleepovers, with each season divvied up into separate cardboard folders and slipped inside with the episode guide and the “Complete Guide to Gilmore-isms” booklet (look up every pop-culture reference ever found in the show!). The discs also include deleted scenes, featurettes, clip montages and subtitle trivia and commentary tracks.

I’m hooked! I watched it years ago while taking care of a parent. And am watching it now as an antidote to a world that is far crazier. It doesn’t get old. It always seems fresh and intelligent and applicable.