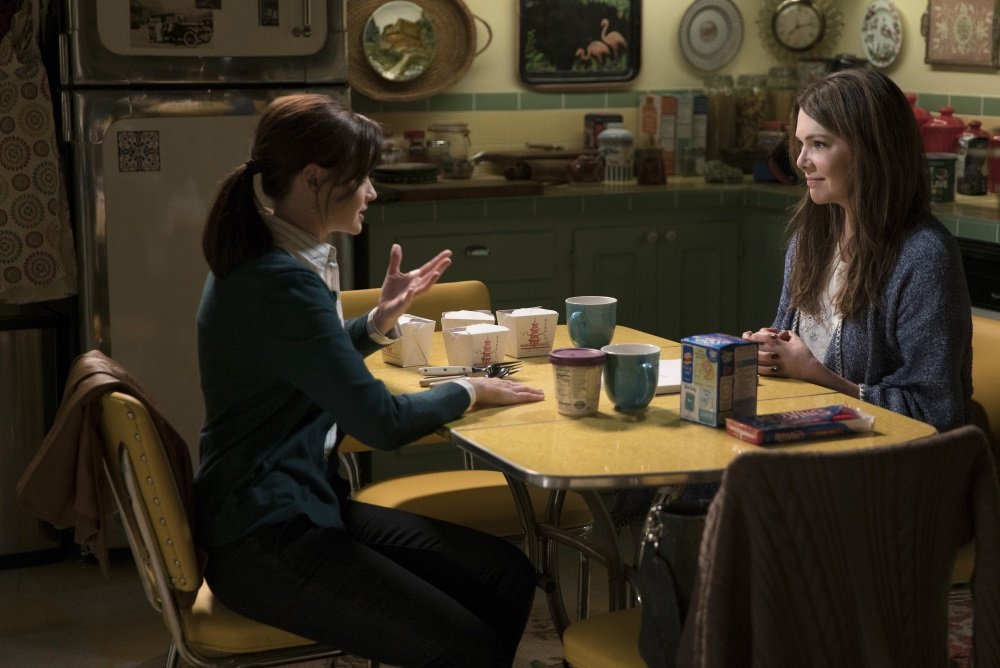 Nine years after it ended its network run with a disappointing final season (missing its creator and show-runner Amy Sherman-Palladino), Gilmore Girls gets both a revival and a proper send-off in a Netflix production that reunites its cast with its creator. Gilmore Girls: A Year in the Life picks up with Lorelai (Lauren Graham), Rory (Alexis Bledel), and the rest of the folks of Stars Hollow for a new series of four feature-length films across the four seasons.

“The show renews the witty spirit that has helped it endure since it went off the air. But the series is also unafraid to grapple with how much time has passed—and the inertia that needed to be overcome to recapture the magic,” writes David Sims for The Atlantic. “If you grew up fond of the show, or recently discovered it in Netflix’s archives, it’s hard to imagine that the new season will miss a beat. A Year in the Life won’t necessarily convert new viewers—like any revival, it’s making a play for a loyal fanbase, which should be more than enough to justify Netflix’s investment in the show. But as a salvage attempt after Gilmore Girls’ original bittersweet ending, it feels wholly justified.”

Netflix also has all 153 episodes of the original Gilmore Girls series. Reviewed on Stream On Demand here.

Kubo and the Two Strings an animated film from Portland’s Laika Entertainment, combines the textures of stop-motion animation and the art of origami with a Japanese odyssey of family, magic, and storytelling. Features the voices of Charlize Theron and Matthew McConaughey. The most beautiful animated feature of the year (PG).

Available same day as select theaters nationwide is the science fiction thriller Evolution from France (not rated, with subtitles).

Richard Linklater’s Boyhood (2014) follows twelve years in the life of one boy (played by Ellar Coltrane) in a film shot over the course of twelve years (R). The film topped critics’ lists and won an Oscar and three Golden Globe awards. Reviewed on Stream On Demand here.

3%: Season 1 is a science fiction thriller from Brazil, set in a devastated future where the impoverished compete to go to “the better side.” 8 episodes, in Portuguese with English subtitles.

Mercy (2016) is a Netflix original horror film about four brothers, their dying mother, a lot of family secrets (not rated).

Foreign affairs: The Childhood of a Leader (2015), a French film about the origins of a (fictional) Fascist leader, stars Robert Pattinson and Bérénice Bejo. In English and French with subtitles (not rated).

True stories: the British nature series Penguins: Spy in the Huddle (2013) and Sour Grapes (2016), a documentary feature on wine counterfeiting (not rated).

Son of Rambow (2007) celebrates the innocent joys of imagination in a fanciful, funny tale of two unlikely school boy buddies who shoot a wildly imaginative sequel to First Blood on a home video camera (PG-13).

More foreign affairs: Michel Gondry’s Microbe & Gasoline (2016) is a whimsical French tale of adolescent best friends letting their imaginations carry them away for a summer adventure (R). From South Korea comes the dark family thriller Moebius (2013, not rated) and from Sweden comes The Best Intentions (1992), written by Ingmar Bergman based on the story of his parents. All with English subtitles.

Creed (2015) passes the gloves to the next generation, with Michael B. Jordan as the son of Apollo Creed and Stallone playing mentor and father figure as Rocky Balboa (PG-13). Amazon Prime or Hulu. Reviewed on Stream on Demand here.

Liam Hemsworth is an American soldier on leave from Vietnam in the romantic drama Love and Honor (2013) with Theresa Palmer (R).

Welcome to the Punch (2013) is a gritty British crime thriller starring James McAvoy as a corrupt cop (R).

Marathon: The Patriots Day Bombing is an HBO original documentary on the terrorist attack (not rated).

New seasons of exclusive shows from Britain and Australia are now available. From Britain comes the murder mystery Suspects: Series 5, the comic drama Raised by Wolves: Series 2, and the family drama, Where the Heart Is: Series 6, and from Australian comes the popular melodrama A Place to Call Home: Season 4 set in the post-World War II culture.