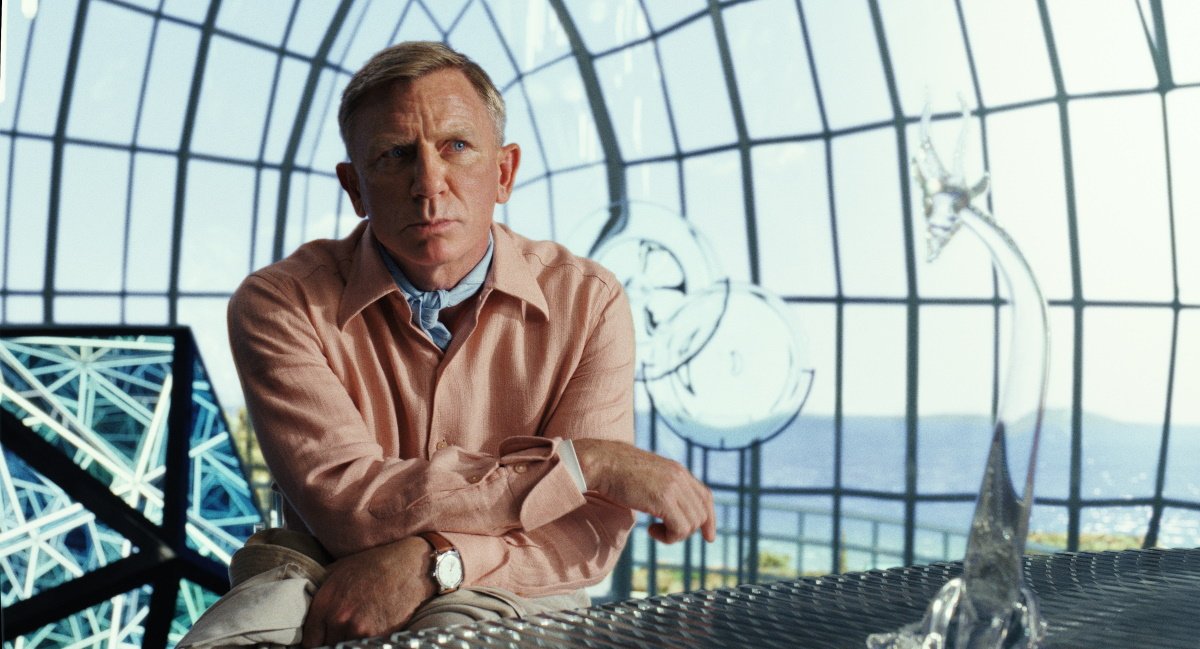 Daniel Craig returns as Detective Benoit Blanc in “Glass Onion: A Knives Out Mystery” (2022, PG-13) and this time he’s the special guest for a “murder mystery” party organized by a tech billionaire (Edward Norton) on his private Greek Island. Then a guest is actually murdered, setting Blanc and his plummy Southern drawl on the trail of a killer. There are no shortage of suspects in this witty, larger-than-life riff on Agatha Christie-style mysteries from writer/director Rian Johnson. Janelle Monáe, Dave Bautista, Kathryn Hahn, Leslie Odom Jr., Kate Hudson, and Jessica Henwick costar. (Netflix)

More than 35 years after “Top Gun” made Tom Cruise a major movie star, he climbed back into the cockpit to lead the next generation of Navy fighter pilots in “Top Gun: Maverick” (2022, PG-13), which forces the maverick pilot to finally take responsibility. Miles Teller and Jennifer Connelly costar and director Joseph Kosinski puts the audience in the pilot seat for the action sequences, which make the most of state-of-the-art military hardware. It became the top box-office hit of the year. (Paramount+)

Taylor Sheridan creates another “Yellowstone” prequel with “1923: Season 1” (TV-MA), starring Harrison Ford (in his TV debut) and Helen Mirren as Jacob and Cara Dutton, trying to hold on to the family ranch against rival ranchers and corporate in the tumultuous 1920. James Badge Dale, Marley Shelton and Brian Geraghty costar. New episodes on Sundays. (Paramount+)

“Hanukkah on Rye” (2022, TV-PG) offers romance for the other seasonal holiday celebration. (Peacock)

On Saturday, kids and families can drop in on “Tracking Santa” (Hulu) and “Santa Tracker” (Peacock) live streams.

Based on a true story, “The Silent Twins” (2022, R) stars Letitia Wright and Tamara Lawrance as sisters in 20th century England who were confined to psychiatric facilities for speaking to nobody but each other.

Streaming TV: the third season of “Emily in Paris“ (TV-MA) sends Lily Collins back to the City of Lights.

International TV: “The Interest of Love: Season 1“ (South Korea, TV-14, with subtitles) is a romantic drama revolving around the young employees of a bank and the second season of “Alice in Borderland: Season 2“ (Japan, TV-MA, with subtitles) has a new set of sadistic games to survive.

Kid stuff: “Trolls“ (2016, PG), the animated comedy inspired by the line of dolls, features the voices of Anna Kendrick and Justin Timberlake.

A pregnant woman on the Australian frontier protects her children in “The Legend of Molly Johnson” (2021, not rated), directed by and starring Leah Purcell.

Lena Dunham writes and directs “Sharp Stick“ (2022, R), a dark comedy of sex and power set on the fringes of Hollywood.

True stories: “Three Minutes: A Lengthening“ (2021, PG) traces the stories of the Jewish inhabitants of Nasielsk, Poland preserved by home movies before the Holocaust. Narrated by Helena Bonham Carter.

Streaming TV: the seventh season of “Fear the Walking Dead“ (TV-MA) sets the survivors against a potential nuclear apocalypse.

The documentary short “The Flagmakers“ (2022, not rated) looks at the diverse employees at the country’s largest American flag and flagpole manufacturer.

“Tom Clancy’s Jack Ryan: Season 3“ (2022, TV-MA) sends the eponymous CIA officer (John Krasinski) on a new investigation that lands him in the middle of conspiracy and sends him on the run. Wendell Pierce and Nina Hoss costar.

“Homeward Bound: A Grammy Salute to the Songs of Paul Simon“ (not rated) featuring performances by Garth Brooks, Dave Matthews, and Bonnie Raitt.

Streaming TV: “The Andy Griffith Show: Complete Series“ (1960-1968, TV-G), starring comedian Andy Griffith as a small town sheriff and widower raising a young son (little Ronnie Howard) in the generally peaceful rural burg of Mayberry, North Carolina, is one of the defining sitcoms of the 1960s.

True stories: “All of Them Witches“ (2022, not rated) traces the persecution of witches through the ages and the perseverance of the culture. (AMC+)

Dustin Hoffman stars in “Tootsie“ (1982) as a flailing actor who becomes a successful actress on a soap opera. Sydney Pollack directs the Oscar-winning comedy, which costars Jessica Lange and Teri Garr, and it’s presented with optional commentary, interviews, and documentaries from the special edition disc release. (Criterion Channel)