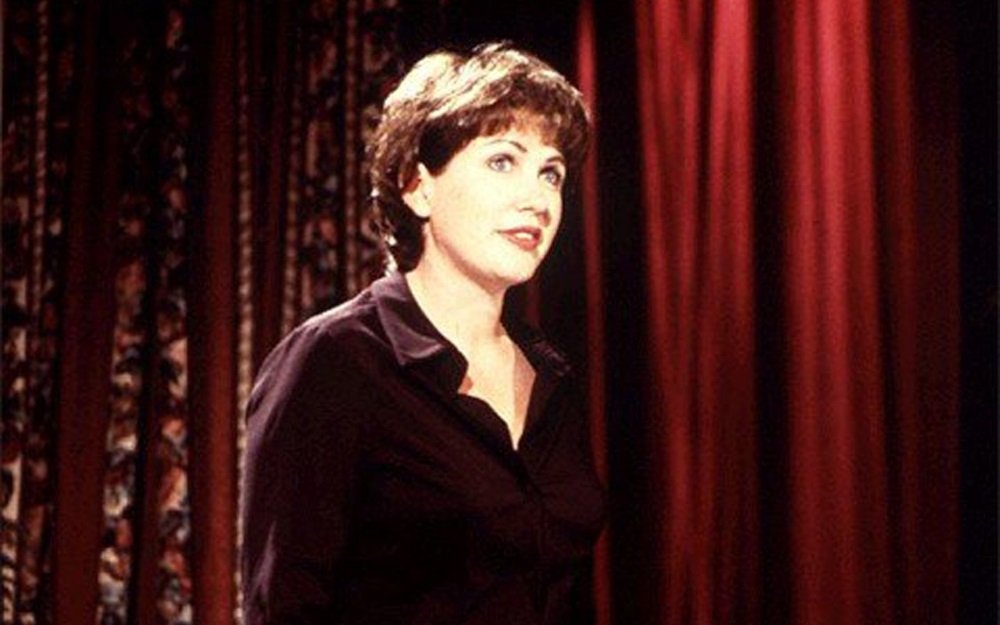 Comic, actress, and Saturday Night Live alumnus Julia Sweeney had just moved to a cozy little bungalow in LA. Her life was buzzing along quite nicely, thank you very much, and she planned days of writing, evenings of dinner parties and smart conversations, and nights of quiet solitude.

“That’s when God said ‘Ha!’” confesses Sweeney in her monologue-cum-one woman Broadway show God Said Ha! (1998), and for the next eighty minutes she shares the intimate experiences of an emotionally turbulent year in her life. Her brother is diagnosed with cancer and takes up residence in her bedroom, her parents move down from Washington and into the guest room, and the adult Sweeney is suddenly a relieving her childhood in a bizarre nuclear family flashback.

The magic of God Said Ha! lays in her loving lampoon of the details surrounding an inherently tragic situation: learning to deal with the foibles of her parents all over again, sneaking a boyfriend into her own ridiculously overcrowded home like an embarrassed teenager, turning her brother’s chemotherapy visits into giggly family outings. Sweeney is in total command of the stage, more like a host giving a cockeyed tour of her life than a monologist, and her easy manner and relaxed tone puts the audience at ease. It’s a brave, funny, and irresistibly involving film, like the reflective confession of a dear friend sharing intimate details of her life with a mischievous grin. Tragedy has never been so respectfully hilarious.

Sweeney directs the film version of the stage show and her buddy Quentin Tarantino is an executive producer. Watch for his “cameo” at the end of the show handing Sweeney a bouquet.