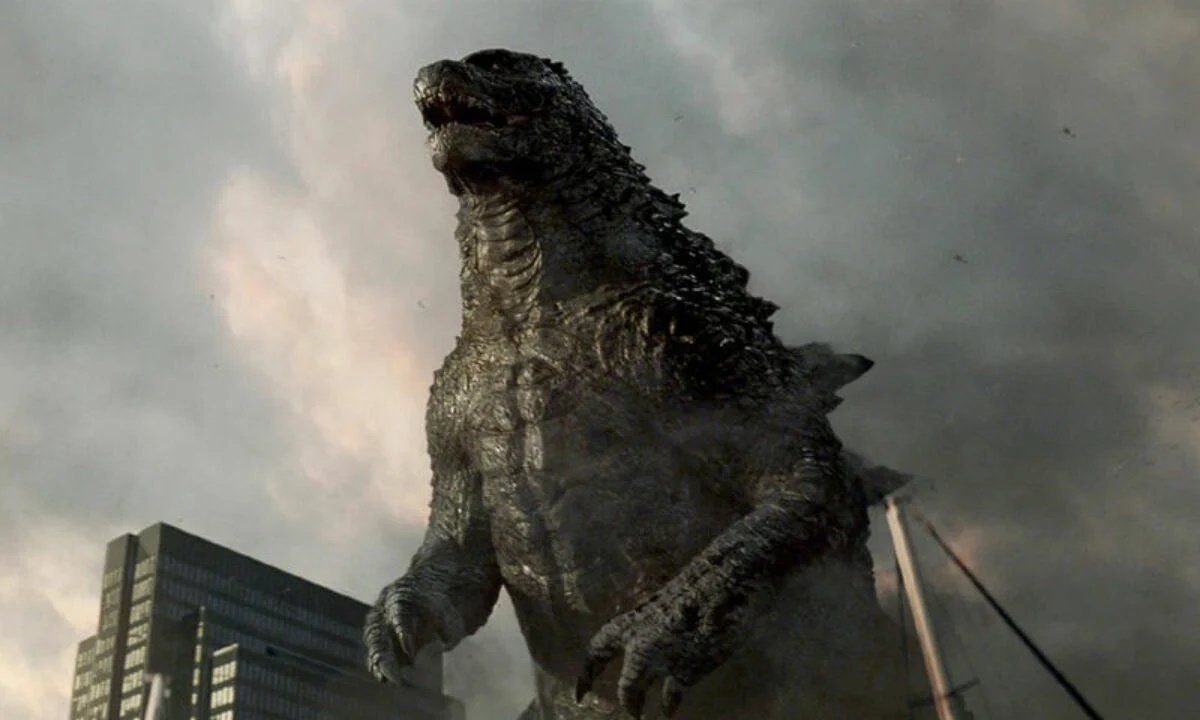 After a prologue set at a nuclear plant disaster in 1999 Japan, this one plays out largely in the U.S. as giant monsters rise from the Earth and Godzilla reemerges from the ocean to meet them. And yes, there are humans here too, but they are largely on hand to provide awkward exposition (Ken Watanabe and Sally Hawkins as scientists) or give us a human family (Aaron Taylor-Johnson as a military officer and Elizabeth Olsen as his wife, an ER nurse with a young son) to worry about amidst the carnage.

The rest of it is surprisingly faithful to the classic Godzilla monster mashes of the sixties and seventies, when giant creatures would attack mankind and Godzilla would rise from the ocean to smite them. Clear out the backstory, the family drama, the military response, and the scientific mumbo jumbo, and that’s what this story really comes down to. It’s simply executed as an American disaster spectacle rather than a Japanese kaiju.

Gareth Edwards, who showed remarkable ingenuity and imagination in the low-budget Monsters, gives us a Godzilla that looks like the fabled atomic dinosaur of the Japanese films. He (it?) retains the majesty and dignity of the monster as a ferocious force of nature who rises to take on ancient enemies (Massive Unidentified Terrestrial Organisms, or M.U.T.O.s for short) roused from dormancy.

The human framework of the story is the weakest part, with Taylor-Johnson taking leading man heroics without much defining personality, the scientists proving frustratingly ineffectual, and a supporting cast that includes Juliette Binoche and Bryan Cranston, all but wasted in weak roles. They become more important as witnesses, providing Edwards with a human perspective to the spectacle. Most of the giant monster battles are shot from ground level and human POV, which helps instill the film with a refreshing sense of awe missing from so many CGI spectacles.

The Blu-ray and DVD editions include the production featurettes “The Legendary Godzilla” and “Godzilla: A Force of Nature” plus three shorter pieces focusing on key effects, including the creation of the M.U.T.O.s. “MONARCH Declassified” offers three mock-historical featurettes from the world of the film.