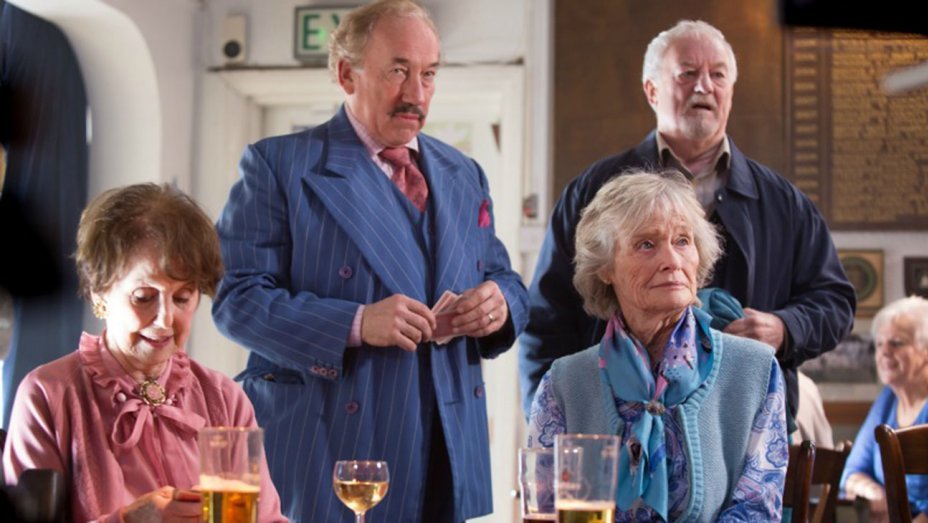 Golden Years (2016) – Think of this caper comedy as a British twist on Going in Style with a side of social commentary on the treatment of aging pensioners.

Bernard Hill and Virginia McKenna star as retirees who have lost their retirement savings in the financial crisis and turn to robbing banks, targeting the bonuses delivered to the bank managers responsible for the crisis, to pay for medical expenses no longer covered due to cutbacks. Their robberies are executed with surprise and misdirection and accomplished without violence. When their buddies at their local club stumble onto their scheme, they join the band of modern day Robin Hoods to raise the money to save their watering hole from being redeveloped.

It’s all very breezy, a comic crime movie that plays more like a British TV show than a feature film and it empowers senior citizen characters who feel disenfranchised and, worse, mistreated by the government and by society. This is one of those films where the crooks are the good guys and it features a familiar cast of British faces—Sue Johnston (Downton Abbey), Phil Davis (Poldark), Una Stubbs (Sherlock), Mark Williams (Father Brown), Simon Callow (Outlander), and Alun Armstrong (New Tricks) as the veteran detective battling an arrogant, ambitious young officer (Brad Moore) as he tracks the robbers—as the wily heroes.

Add to Prime Video watchlist or watch it on Acorn TV

Also on DVD from Acorn and on SVOD through Amazon Video

, iTunes, GooglePlay and/or other services. Availability may vary by service.
Golden Years [DVD]