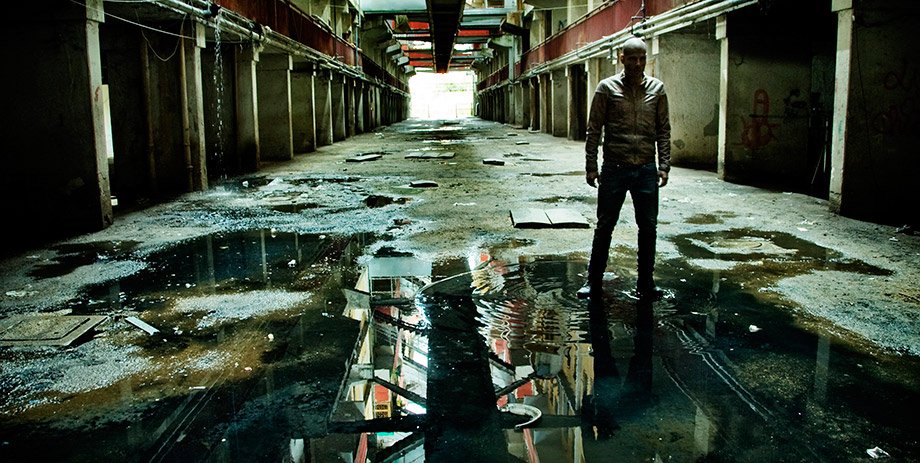 The signature image of Gomorrah (Italy, 2008), Matteo Garrone’s adaptation of Robert Saviano’s book about the dominance of organized crime in Naples and Caserta, is a pair of teenage boys running around a deserted beach in their underwear while shooting off automatic weapons. That’s as much glamour as you can expect from this portrait of the mob: emotionally immature boys playing at gangster, oblivious of the reality behind their Tony Montana fantasy.

Set in the poverty of coastal regions of Naples and Caserta, Gomorrah is a long, somewhat grueling look at five stories of people caught up in the Neapolitan Camorra, the Mafia organization that rules the region. Their hands are in everything, from selling drugs and running guns to the rag trade and, yes, contracts to haul and dump garbage.

Director Garrone made documentaries before moving on to features and he gives Gomorrah a strong sense of place. It just happens to be a place of dire poverty and desolation, shot with a grim drabness. And the five stories he tells (framed by a mob hit that signals the internal struggle for dominance within the Camorra) are surely chosen to show the various connections between organized crime and the region’s culture, but they don’t feel like lessons. They have their own integrity. Especially the story of the two teenage boys we first see running around an abandoned building site with guns in their hands, playing at being Tony Montana, and later see celebrating their successful (and ill-advised) rip-off of a cache of mafia guns. The sprawl makes it hard to follow and harder to connect with the characters and their stories (I was far more engaged on a second viewing), but it makes its point about the reach of the Camorra and the culture it has spawned.

It’s all about waste and destruction, and not just the toxic waste—illegally dumped in landfills—that is poisoning the farmland and the aquifers in the region. The Camorra grinds up the lives it touches, including those who take the gangsters as their role models for success. Abandoned and gutted buildings are everywhere, and the populace lives in a state of squalor. The only affluence in sight is a penthouse balcony. Kids play, oblivious to the grim poverty below them or the men with guns who keep guard on the nearby rooftops like an occupying army.

No wonder kids aspire to become gangsters: It’s their idea of joining the workforce. The violence outside their windows is simply the occupational hazards of job and the way of their world.

It’s since been developed into a superb TV series for HBO Max but the original feature film is available to stream.

and other services. Availability may vary by service.
Gomorrah [DVD]