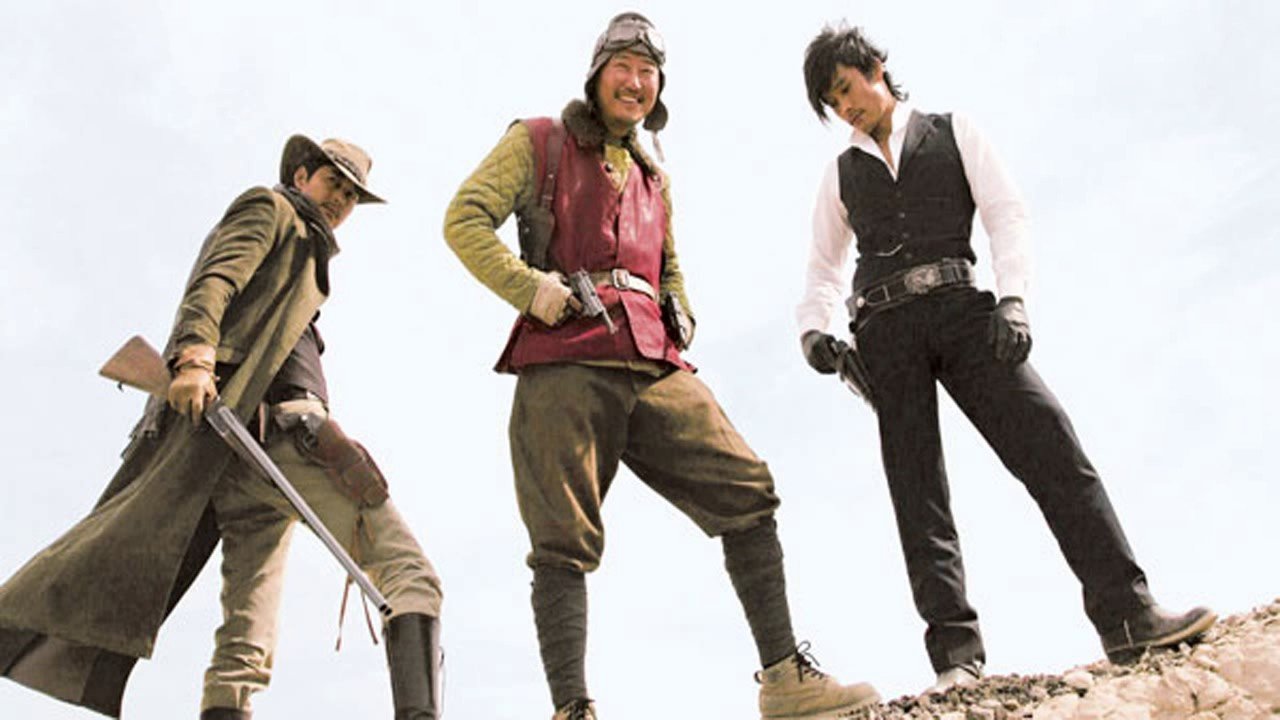 Kim Jee-won’s The Good, the Bad, the Weird (South Korea, 2008) is a self-proclaimed “Oriental Western.” That about pegs this treasure hunt right out of The Good, the Bad and the Ugly by way of Peking Opera Blues and Dragon Gate Inn, set in thirties Manchuria and filled with Korean expatriates, Chinese bandits, Japanese occupiers, and a whole mess of thieves and killers and bounty hunters all chasing the treasure map that scruffy train-robber (Song Kang-ho) has inadvertently snatched it from under the noses of everyone and now races (via motorcycle) his pursuers to the promised fortune.

It was the most expensive Korean film made to that time and it’s all there on the screen in madcap action scenes and carefully choreographed chaos in the collisions of bandits gangs and Japanese troops. Song Kang-ho (of The Host and Kim’s own The Foul King) handles most of the comic relief, which makes him a bumbling goof until he’s forced to rouse himself to gymnastic feats and sharpshooting skills when the chips are down, and Lee Byung-hun and Jung Woo-sung race him to the treasure. Kim establishes the breakneck pace and shaggy humor right from the beginning, and his mix of breathless action, busy set pieces, visceral violence (all blood and body count), and tongue-in-cheek tone gives it a very different feel from the humorless South Korean action thrillers of the past.

The tongue-in-cheek tone and devil-may-care energy reminds us that it is indeed just a movie and invites us to kick back and have fun with it, while the momentum and invention keep it entertaining. It’s the closest I’ve seen Korean cinema come to the glory days of Hong Kong action cinema and Kim Jee-won does it with more polish and less silliness, keeping the slick Korean action craftsmanship without losing the sense of fun.

Not rated. In Korean with English subtitles.

Leaves Hulu at the end of July. Add to My Stuff

, iTunes, GooglePlay and/or other services. Availability may vary by service.
The Good, the Bad, the Weird [Blu-ray]

The Good, the Bad, the Weird [DVD]

The Blu-ray and DVD releases from MPI include a generic “Behind the Scenes” featurette and video interviews with director Kim Jee-Woon and actors Song Kang-ho, Lee Byung-hun and Jung Woo-sung, along with a couple of brief promotional featurettes, all in Korean with English subtitles.