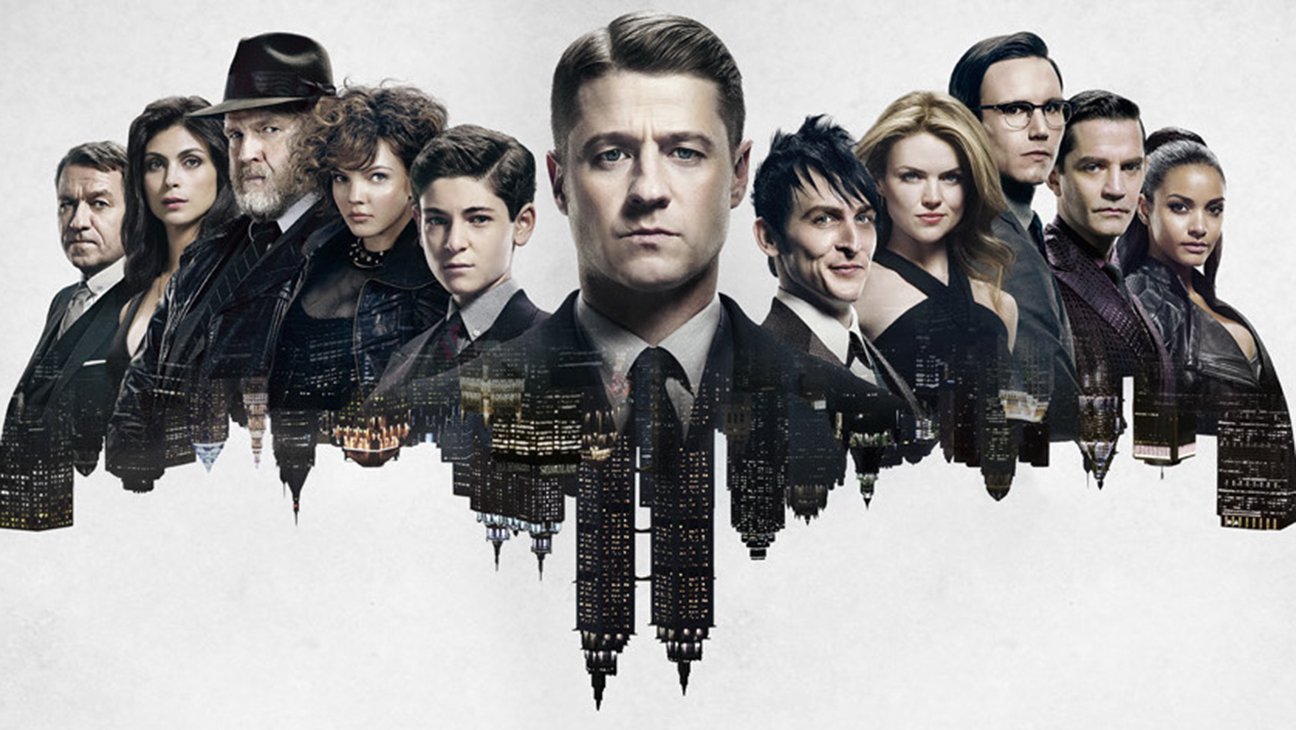 Gotham, the pre-Batman comic book series that drops us into on the early years of Gotham City police detective Jim Gordon (Ben McKenzie) and teenage Bruce Wayne (David Mazouz) struggling to do right in their corrupt city, isn’t technically part of the interconnected TV DC Comics world that includes Arrow and The Flash—it exists in its own universe of comic book noir and classic cop show dropped into a throwback urban jungle seeped in 1950s iconography—but it does draw its inspiration from the lore of the Batman comic book legacy.

Arkham Asylum plays an increasingly defining role Gotham: Season 2 as the series continues to chart the origins of such icon characters as The Penguin, The Riddler, and Catwoman in a city drowning in supervillains. The first half of the season (“Rise of the Villains”) focuses on mayoral candidate Theo Galavan (James Frain), who unleashes a crime wave on the city and plots to wipe out the Wayne legacy, and the second half (“Wrath of the Villains”) shifts to Dr. Hugo Strange (BD Wong), who runs Arkham Asylum (where the most dangerous criminals are treated) and creates a dungeon-full of superpowered, often insane villains in diabolic secret experiments.

Michael Chiklis co-stars as the new chief, a mirror image of the corrupt strike team leader he played in The Shield. This guy is by the book all the way and clashes over the unconventional tactics that Jim and his partner Harvey Bullock (Donal Logue) use to battle the extreme criminals infiltrating the underworld. Once the poster boy for police procedure, Jim breaks his own code to end Galavan’s evil plot, which lands him prison and costs him the love of his life (Morena Baccarin). He goes rogue and remains outside the police department for the rest of the season, teaming up with Bruce and teen cat thief Selina Kyle (Camren Bicondova) to fight the criminal scourge.

The series was developed for Fox by Bruno Heller (of Rome and The Mentalist) with Danny Cannon (CSI and Nikita) and they show off their generous budget in every episode. This is the most visually impressive superhero show on TV with its film noir-inspired style and lighting, out-of-time setting (dial phones and classic cars and city streets and buildings out of the old Hollywood movies next to modern computers and scientific equipment), and big action scenes on impressive city sets. It’s also one of the darkest, presenting a city overrun with corrupt officials, powerful mobsters, and vicious criminals: the crucible from which Batman will be born.

The second season arrived on Netflix the very day that the third season debuted on Fox. 22 episodes.

Also on DVD and Blu-ray, with featurettes, character profiles, and the 2015 Comic-Con Panel.
Gotham: Season 2 [DVD]