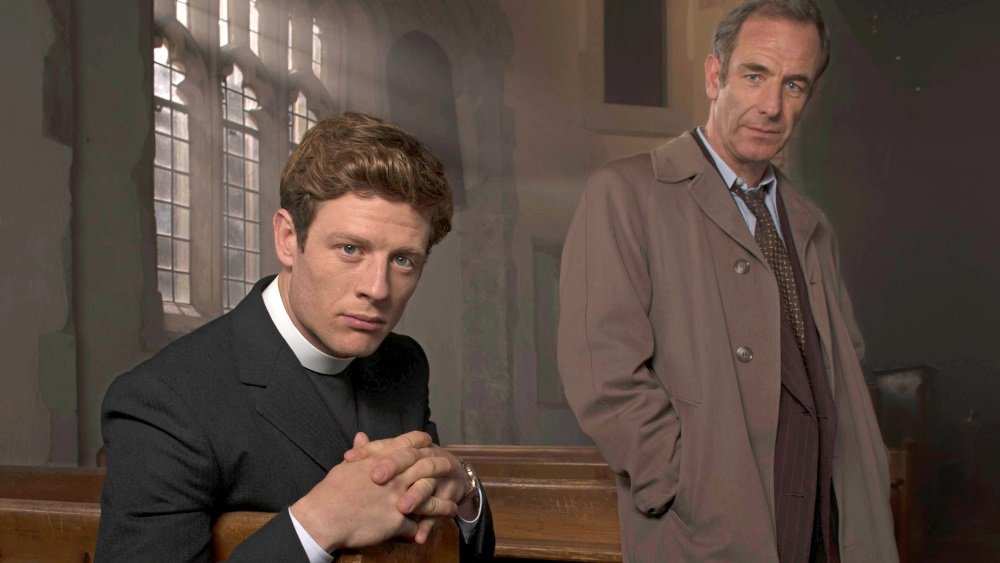 Grantchester: Season 2 of the British crime drama based on the novels by James Runcie, about a young pastor who helps a veteran police detective solve murders in a rural town in the early 1950s, gets a little more personal.

The first episode begins with Sidney Chambers (James Norton) accused of seducing a teenage girl who has gone missing and is later found dead, and through the course of the season he is shunned by his parishioners for continuing to defend the young man who killed the girl (by accident, Sidney believes). The case sets Sidney, a man of the cloth determined to save the boy from a death sentence, against his friend Geordie Keating (Robson Green), an old school cop who isn’t above knocking suspects around. As tensions build between them, Geordie is accused of killing a suspect and even Sidney questions whether he’s guilty before uncovering the truth.

On a lighter note, Geordie and his wife attempt to play matchmaker for Sidney with a series of blind dates and Sidney ends up dating a flirtatious and funny receptionist at the station (Seline Hizli of Land Girls), but he’s still in love with Amanda (Morven Christie), who is in a miserable marriage to an abusive, neglectful husband. Even Leonard (Al Weaver), Sidney’s bookish assistant, gets to explore his own suppressed romantic feelings and he rises to the occasion when the local Bishop tries to enlist him in covering up the Church’s complicity in protecting a priest with a history of seducing teenage girls. It continues to explore adult issues and themes with intelligence and develop a rich cast of characters whose own stories take greater importance through the course of the season.