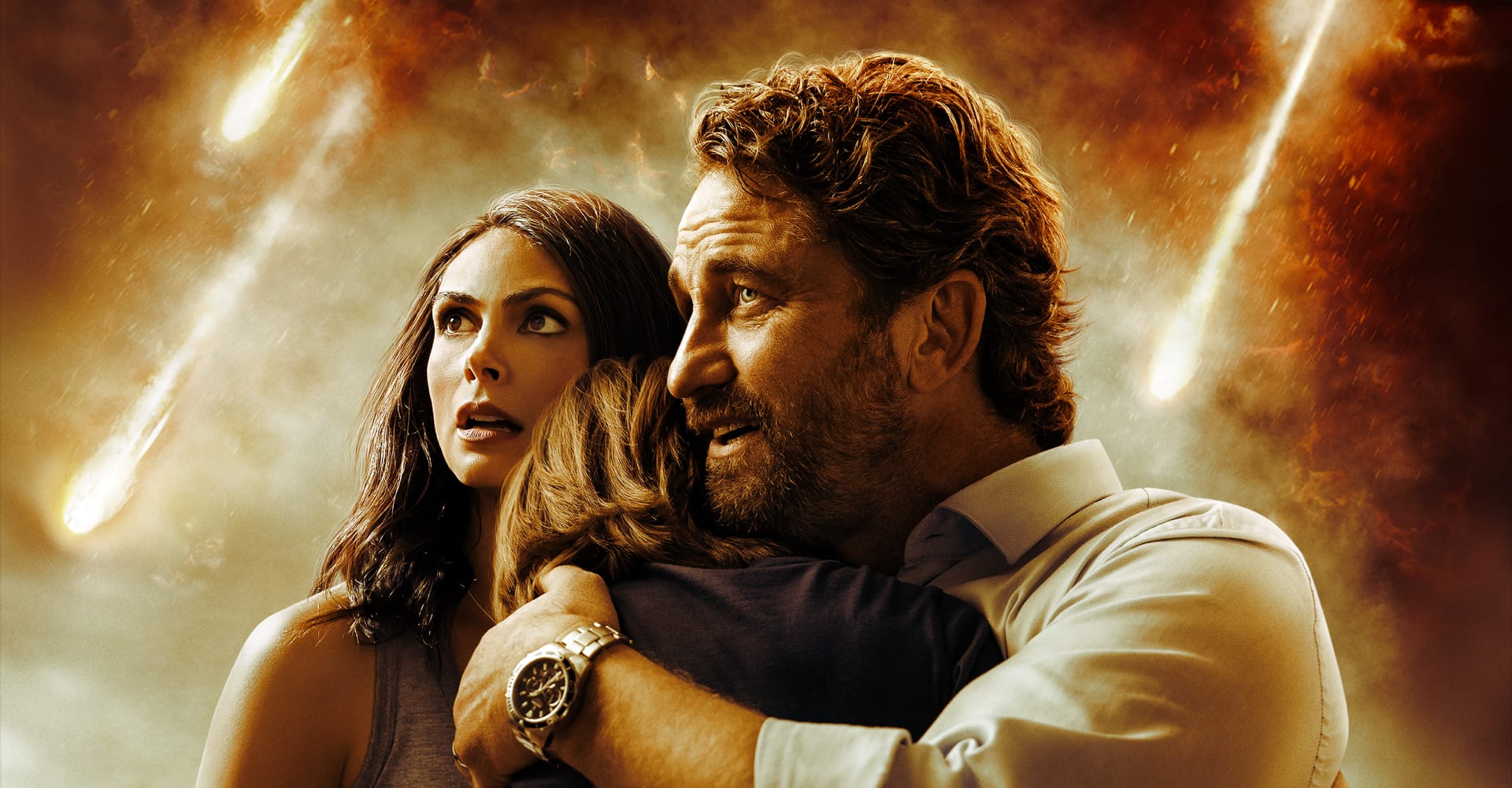 As Greenland (2020) opens, families around the world gather in front to their TVs to see the spectacle of pieces from a comet entering the Earth’s atmosphere and landing harmlessly in the ocean.

Then structural engineer John Garrity (Gerard Butler) receives a startling government alert telling him to report to a nearby Air Force Base for emergency evacuation, and the first “harmless” chunk destroys Tampa, Florida, in a harrowing firestorm. John, his wife Allison (Morena Baccarin), and their young son Nathan (Roger Dale Floyd) are plunged into the best and worst of humanity as they race the clock before the world is hammered by an Extinction Level Event.

A disaster film with an intimate focus, Greenland (so named for the location of the survival bunker) offers on a gritty portrait of human desperation in a time of chaos and the complete suspension of social norms and emergency services.

The film’s portrait of a military mission to secure and transport a hand-picked selection of skilled civilians to a protected bunker is, if not strictly realistic, at least dramatically effective. It’s the science around the comet strike itself that is pure Hollywood fantasy, from the complete failure of scientists around the world to anticipate any danger to the idea that the Earth can simply rebound from such a cosmic-level event.

Then again, big screen disaster spectacles aren’t known for their fidelity to reality. Director Ric Roman Waugh (who directed Butler in the action thriller Angel Has Fallen) offers enough disaster spectacle to convince us of the stakes involved but keeps the film grounded with our nuclear family as the parents put themselves on the line to protect their son and one another.

The timing of this end-of-the-world disaster thriller wasn’t optimal, to say the least. The film landed on VOD in the U.S. in December 2020, months into the Covid pandemic and it still may be too soon for some viewers to find escape in a film that imagines the end of the world. But the human story—not just the Garrity family but the civilians and servicemen and –women left behind in the evacuation—powers the drama and keeps us riveted through the often familiar beats of the disaster genre.

Also on Blu-ray and DVD and on SVOD through Amazon Video (also on 4K UHD), iTunes, GooglePlay, Fandango, Vudu and/or other services. Availability may vary by service.
Greenland [Blu-ray + DVD Combo]
Greenland [DVD]