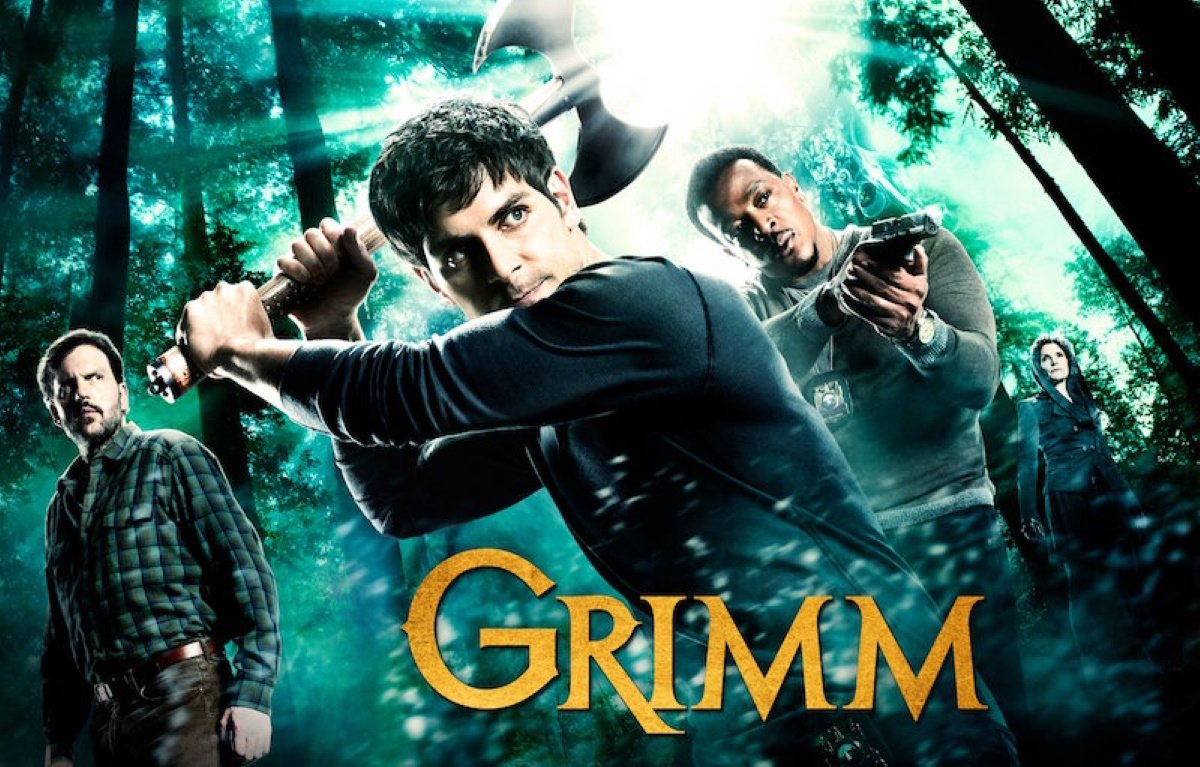 Grimm: Complete Series (2011-2017) is one of the most enjoyable of the new breed of urban fantasy shows, a mix of dark fairy tale, modern crime, and supernatural conspiracy set in the emerald forest of Portland, Oregon.

David Giuntoli stars as Nick Burkhardt, just your average telegenic, young homicide detective in the laid back city of Portlandia, until he starts seeing monsters in the population. You see, fairy tales are real and Nick discovers that he comes from a long line of Grimms, monster hunters with the ability to see past the human masks to the creatures beneath and access to the lore (passed down from the original Grimm Brothers) to take them on.

Sure, it’s the usual high concept take on a fantasy concept, but this one is a lot of fun despite the familiar conventions. Nick can’t tell his veterinarian girlfriend Juliette (Bitsie Tulloch) or his partner Hank (Russell Hornsby) who he is or what he does, so he turns to reformed blutbad (Grimm-speak for big bad wolf) Monroe (Silas Weir Mitchell), a peace-loving wolfman just trying to co-exist peacefully with the help of meditation, a healthy diet, and a positive attitude.

There’s a hit of Buffy the Vampire Slayer here, thanks to co-creator David Greenwalt (a producer on Buffy and co-creator of the spin-off Angel, as well as a veteran of X-Files and other genre shows). Grimm follows the monster-of-the-week format while building on the concept through the season and as the series develops so does the whole culture of wesen (supernatural beings) and hints at big doings in the underworld. Little does Nick know that his own boss, Captain Renard (Sasha Roiz), is wesen royalty and the leader of… what exactly, we’re not sure, except that he’s connected to the murder of Nick’s aunt, who passed the mantle of Grimm down to Nick with her death.

In the tradition of such shows, Nick’s friends and coworkers are eventually let in on the secret and develop into a kind of “Scooby Gang” for an adult Buffy. Meanwhile the wesen community discovers that there’s a new sheriff in town and this Grimm is protecting wesen and humans alike from predators.

But as the fans will tell you, it’s Monroe who makes the show. Silas Weir Mitchell has spent years bouncing from series to series in guest spots as offbeat villains and oddball characters. Here he lets us see a warmer, more personable side of him and his unlikely friendship with Nick, by tradition his sworn enemy, sets the stage for the show’s sensibility while building a bond of loyalty that pays off as the show develops. Turning guide, adviser, and sidekick, Mitchell gives us a hero’s journey of a former big bad wolf turned gentle lupine who finds a new sense of purpose in being a good guy, and true love when he meets Rosalee (Bree Turner), a fuschsbau (think foxy lady) with a gift for potions and ancient herbal remedies.

It all works on a TV budget, with digital effects that you either go with or tune out. More effective is the way the show uses of location and mood, especially those deep, dark forests and wooded parks that the production transforms into primordial hunting grounds. Adding to the fun, the show embraces the “Keep Portland Weird” ethos of the city that gets a very different (but just as loving) take in the cult sketch comedy Portlandia.

Over the course of six seasons there’s a royal blood feud, curses, voodoo, zombies, a marriage that breaks taboos by crossing wesen lines (welcome to the team, a royal wesen infant in danger, and a young Grimm protégé named Trubel (Jacqueline Toboni). But finally it is the camaraderie of the team that keeps the show grounded and the evolution of the characters and the community around them that gives the show its optimism.