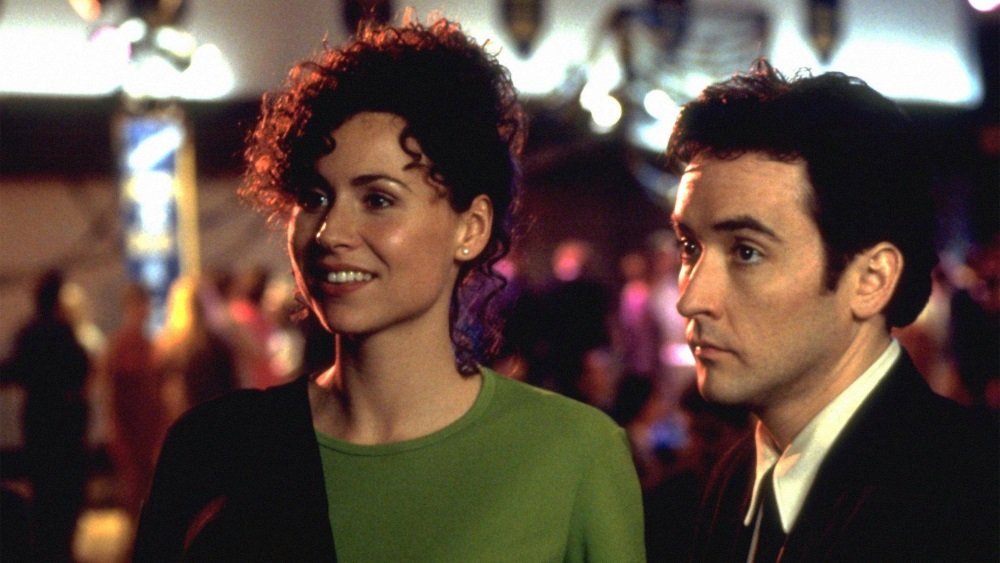 If Grosse Pointe Blank (1997) was just another comedy in the wave of 80s nostalgia, then John Cusack is the kid who grew up to be Oliver North… which should tell you that this film has a dark streak to it.

Cusack is a former military assassin gone independent who is now experiencing an early mid-life crisis, so he hits his high school reunion and confronts the sweetheart (the delightful Minnie Driver) he abandoned for a life of human target shooting.

Director George Armitage (who made the underrated Miami Blues) gets the mix of wry humor and edgy violence dead on, and co-writer/co-producer Cusack’s cocked-grin charm and earnest determination tells us not to take it all too seriously without sinking his character into farce. Cusack’s sister Joan Cusack almost steals the film in a few brief scenes as his deliriously sunny but ruthlessly efficient secretary and Alan Arkin is at his understated best as a reluctant shrink offering such sage advice as: “Don’t kill anybody for a while.”