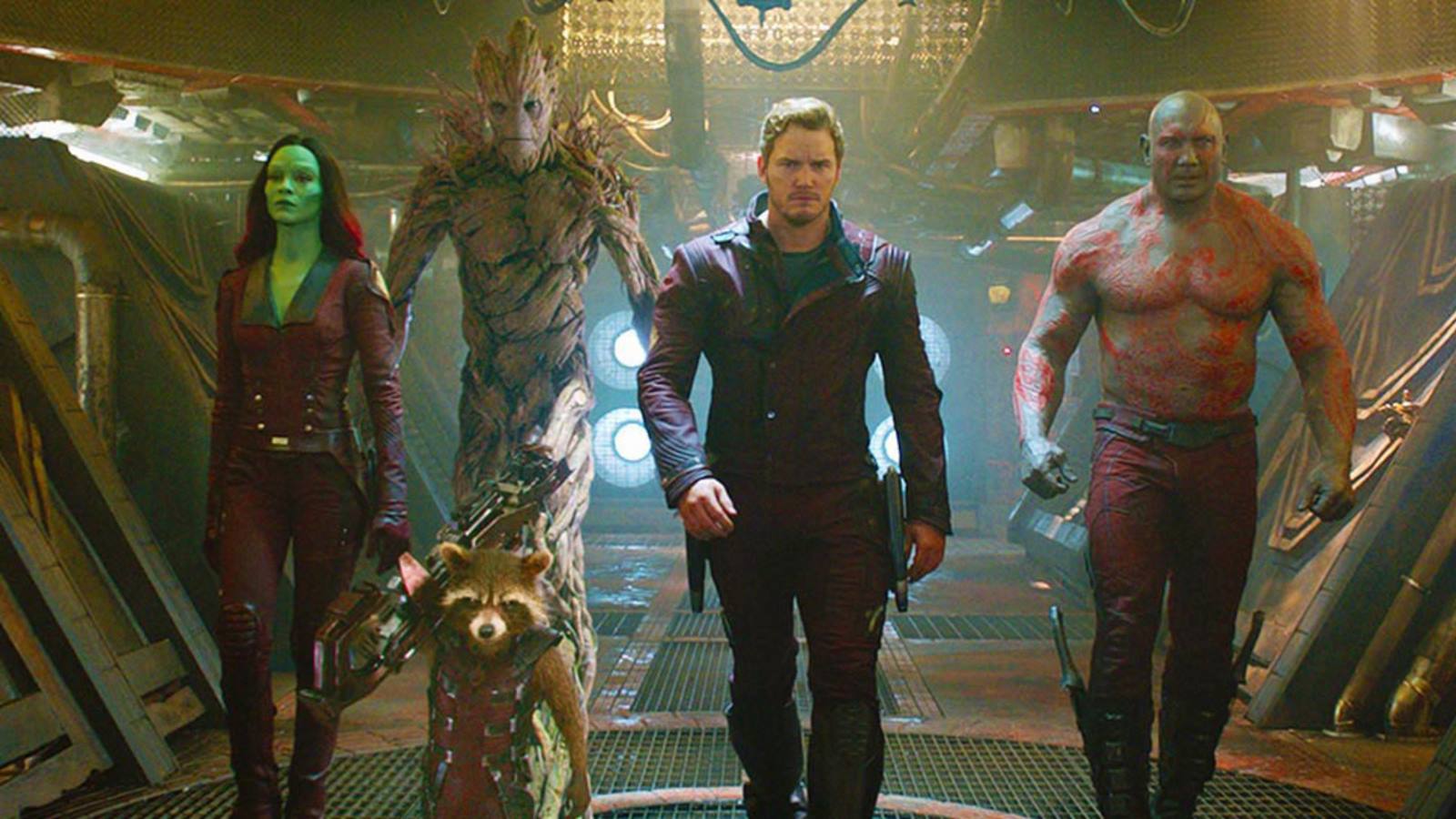 Guardians of the Galaxy (2014) is based on one of the more obscure Marvel Comics to get the big screen treatment, but everything about the film suggests a filmmaker trying to recapture the sense of energy and color and sheer fun of Star Wars and the pop space opera. That’s a pretty good marriage and director James Gunn, whose talent for balancing genre tropes with tongue-in-cheek humor and colorful characters came through nicely in Slither, makes it a winning union.

It’s not that the story is particularly fresh—there’s a super-evil megalomaniac (Lee Pace) bent on exterminating an entire race of beings and he needs a fabled super-weapon to execute his plan, which intergalactic soldier of fortune Peter Quill (Chris Pratt), who calls himself Star Lord, happens to have—and frankly the whole everything-hinges-on-a-series-of-showdowns third act is getting a little tired by now. That’s par for the course for both comic book action spectacles and space opera adventures and this doesn’t shake it off.

But Gunn does make the journey a lot of fun, with an oddball cast of renegades who, tossed together in a deep space prison, team up to escape and wind up staying together because it suits their purposes, but really because it sucks to be alone. These guys are all outlaws, but they are not villains, and in the right place at the right time, that makes them heroes. The script is tossed through with entertaining banter, the action sequences are spirited and filled with inventive imagery, and the spirit of the whole enterprise is bright and energized, right down to the bouncy jukebox of seventies tunes that Peter carries around as his personal soundtrack.

Chris Pratt is shaggily charming as the rogue-for-hire with a souped-up space ship and a soft spot for underdog causes, Zoe Saldana is Gamora, the butt-kicking, green-skinned assassin who wants revenge against her adoptive father, wrestling star Dave Bautista is the muscular and very literal-minded Drax the Destroyer (again, on a mission of vengeance), Bradley Cooper voices the gun-toting, wise-cracking Rocket Raccoon, and Vin Diesel is the heart of the team as Groot, a walking tree of few words.

It earned Oscar nominations for visual effects and make-up.

, iTunes, GooglePlay, Fandango, Vudu and/or other services. Availability may vary by service.
Guardians of the Galaxy [Blu-ray]

Guardians Of The Galaxy [Blu-ray 3D+Blu-ray]

Guardians of the Galaxy [4K UHD+Blu-ray]

Guardians of the Galaxy [DVD]

The DVD includes a short promo for the upcoming The Avengers: Age of Ultron. The wealth of extras is saved for the two-disc Blu-ray (which features both standard and 3D versions of the film). Director James Gunn really engages with the film for the commentary track. He’s not new to the format—he did commentary for Slither, Super, even his screenwriting debut film Tromeo & Juliet—but you gotta figure he’s been waiting his career for something like this and he’s clearly engaged to share it all. He’s also in the playful 21-minute “Guide to the Galaxy with James Gunn,” which crams a lot of territory into a very short piece. There’s also a short overview on the visual effects, a brief collection of deleted and extended scenes (with optional commentary by Gunn), and an obligatory gag reel.