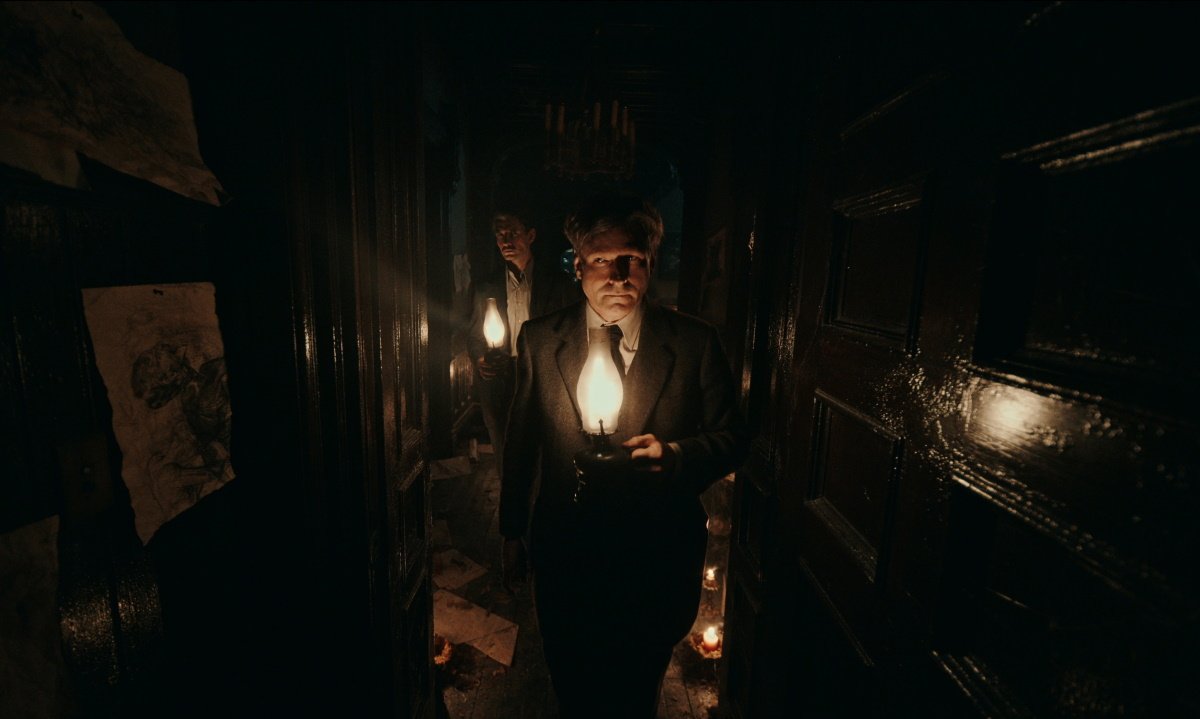 Jessica Chastain stars in the thriller “The Good Nurse” (2022, R) as a single mother and career nurse at a busy hospital who suspects her new colleague, a seemingly compassionate nurse (Eddie Redmayne), of killing their patients. Based on a true story, this thriller from Danish filmmaker Tobias Lindholm and Oscar-nominated writer Krysty Wilson-Cairns is also a portrait of a broken health system. It premiered at the Toronto International Film Festival. (Netflix)

Jordan Peele teams up with stop-motion animation director Henry Selick in “Wendell & Wild” (2022, PG-13), a wildly silly animated fantasy featuring the voices of Keegan-Michael Key and Peele (also the producer and cowriter) as demon brothers who hatch a scheme to escape into the land of the living with the help of a grief-stricken orphan (Lyric Ross). (Netflix)

In “Downton Abbey: A New Era” (2022, PG), the second feature film spinoff of the hit TV series, the Grantham clan host a movie production shooting in their manor home before traveling to the South of France to visit the villa that the Dowager Countess (Maggie Smith) has unexpectedly inherited. Pretty much the entire cast of the show returns for the adventure. (Prime Video)

True stories: “Louis Armstrong’s Black & Blues” (2022, R) looks at the pioneering jazz legend who became a popular entertainer and his complicated legacy as a black celebrity in a segregated America. It features a wealth of rare film footage and musical recordings,. (Apple TV+)

International passport: “All Quiet on the Western Front” (Germany, 2022, R, with subtitles), based on Erich Maria Remarque’s harrowing novel of a young German soldier in World War I, is Germany’s selection for the 2023 Academy Awards. Felix Kammerer stars as the patriotic young enlisted man who becomes a disillusioned veteran in the grueling horror of trench warfare and Daniel Brühl costars. It streams two weeks after its theatrical debut. (Netflix)

News: Netflix will add a cheaper, ad-supported tier to its subscription service starting in November. Customers can choose to pay $6.99 a month in exchange for seeing four to five minutes of advertising in each hour of programming.

Jordan Peele takes a new approach to the alien encounter film in “Nope” (2022, R), his third film as a director. Also on disc and at Redbox.

Dwayne Johnson is the voice of Krypto the Super-Dog in the animated action comedy “DC League of Super-Pets” (2022, PG). Also streaming on HBO Max.

A suburban family is terrorized by a creepy stalker in “The Watcher” (TV-MA), inspired by a true story and turned into a limited series thriller by Ryan Murphy. Naomi Watts and Bobby Canavale star as the parents and Jennifer Coolidge, Mia Farrow, Joe Mantello, Margo Martindale, and Richard Kind are just some of the suspects.

The young adult fantasy series “The Bastard Son & The Devil Himself: Season 1“ (TV-14) is based on the “Half Bad” books by Sally Green.

Streaming TV: James Spader is back as international criminal Raymond Reddington in “The Blacklist: Season 9“ (TV-14) and he’s building a new criminal empire.

Kid stuff: a teenager investigates a conspiracy in the supernatural world in the animated adventure “Daniel Spellbound: Season 1“ (TV-Y7).

“The Hair Tales: Season 1“ (TV-14) explores the complex culture of Black women through their personal stories.

Margaret Qualley plays an American journalist stranded in Nicaragua in the erotically-charged thriller “Stars at Noon“ (2022, R), directed by Claire Denis from a novel by Denis Johnson.

True stories: “A Tree of Life: The Pittsburgh Synagogue Shooting“ (2022, TV-14) offers a first-hand account of the deadliest anti-Semitic attack in American history and its impact on the community.

The supernatural thriller “The Devil’s Hour: Season 1“ (2022) stars Jessica Raine and Peter Capaldi in a tale of a haunted child, a string of murders, and a secret that connects the two.

A single mother (Ella Balinska) is hunted by a charismatic client (Pilou Asbæk) who reveals a brutal side in the thriller “Run Sweetheart Run“ (2022, R).

Lauren Lyle plays the brilliant young Scottish detective “Karen Pirie: Season 1“ (not rated) in the crime drama based on the novels by Val McDermid.

“Universal Horror Classics” collects some of the most iconic horror films of the 1930s, among them “Dracula“ (1931) with Bela Lugosi, James Whale’s “Frankenstein“ (1931) and “Bride of Frankenstein“ (1935) with Boris Karloff, and the original “The Mummy“ (1932) with Karloff. Let me draw your attention to a pair of less famous films that are at least as great: the Spanish language “Dracula“ (1931) shot on a the same sets as the Lugosi with a different cast and director and Edgar G. Ulmer’s “The Black Cat“ (1934) with Karloff and Lugosi. (Criterion Channel)