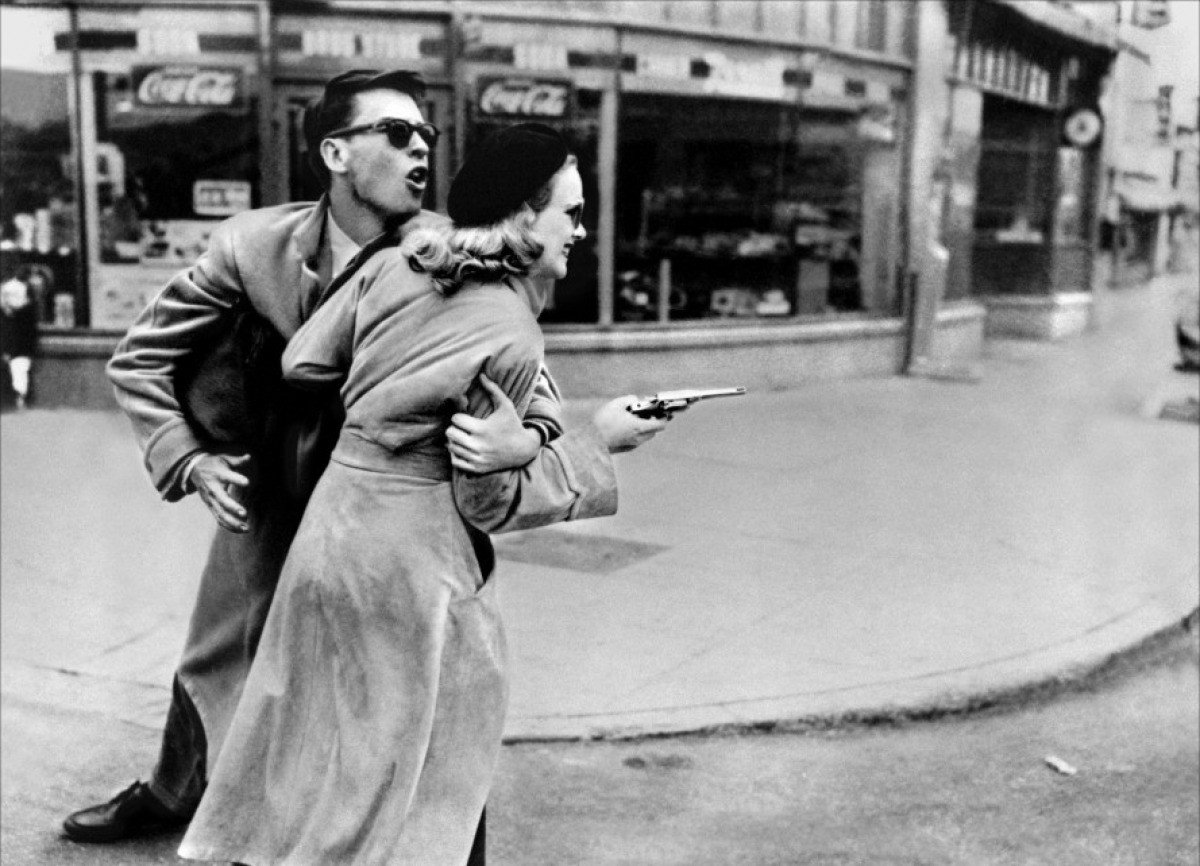 Gun Crazy (1950), the greatest of the criminal lovers-on-the-run thriller, explodes onto the screen in a fury of sex and guns and love and violence. Directed by Joseph H. Lewis, it is a masterpiece of style and a blast of cinematic ecstasy on a budget barely bigger than a B movie.

John Dall is a reformed juvenile delinquent turned gentle marksman Bart Tare and Peggy Cummins is Annie Laurie Starr, a sexy sideshow markswoman in a cheap travelling carnival. Bart is obsessed with guns from an early age but at heart a sensitive guy. He dives into life of crime to hang on to Annie, a psychotic wildcat whose eyes light up whenever she shoots someone. Yet she’s no mere femme fatale and her passion for Bart is genuine. She simply desires money more. Both are, in their own way, gun crazy, and when they come together the results are explosive.

Lewis turns this thriller of criminal lovers on the run into the most explosive and passionate films to stir sex and guns and love and violence into a Bonnie and Clyde tale the burns fast and hot with emotional fire and stylistic ecstasy. At times shot with a documentary realism on location, at others with bravura style and expressionist exaggeration, Lewis creates one riveting set piece after another on a starvation budget. He photographs one heist, and the subsequent high speed getaway, in a single long take where the camera never leaves the back seat of the car. But what fuels the film is a smoldering passion that burns through the screen as their doomed romance careens out of control down the highway to hell.

It was produced by the King Brothers, who saw the film as something that could break out of the B-movie circuit and stand on its own, and blacklisted screenwriter Dalton Trumbo co-wrote the script under the name Millard Kaufman. Young Russ Tamblyn (under the name Rusty) plays the boyhood Dall in the opening scene. It’s a film noir masterpiece and an exemplar of stylistic ingenuity and creative invention on a budget.

The Blu-ray debut from Warner Archive is mastered from the 2013 restoration, mastered from a newly-created fine-grain print from the original negative, and it looks superb, with a strong, bold image with sharp resolution, great detail, dynamic contrast, and natural-looking grain. It features commentary by critic and film noir specialist Glenn Erickson, carried over from the earlier DVD release, plus the 68-minute documentary Film Noir: Bringing Darkness to Light.