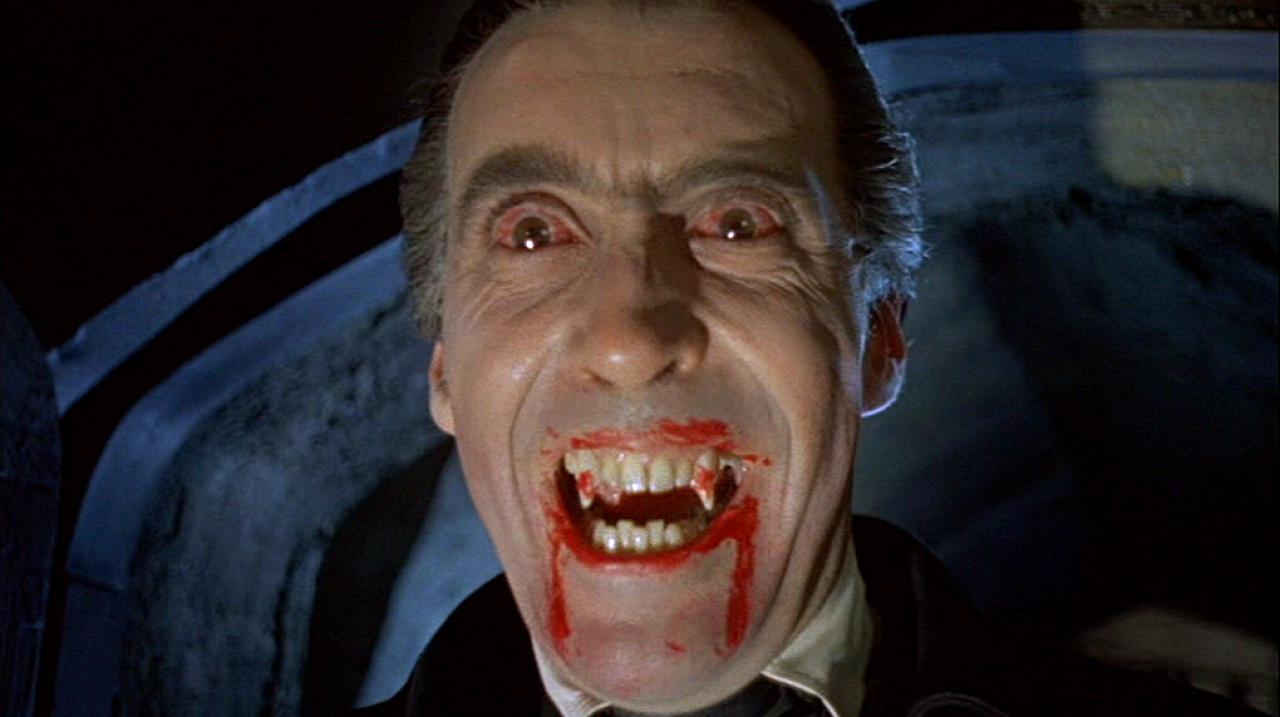 After Hammer’s tremendous success with The Curse of Frankenstein, they struck a deal to adapt Universal studio’s catalogue of classics. The Horror of Dracula (1958) was their first follow-up.

Director Terence Fisher and screenwriter Jimmy Sangster make a few changes to Bram Stoker’s tale: gone are Renfield, Transylvania, howling wolves and transformations to bats. The Count is an old world aristocrat firmly ensconced in a castle in England and Van Helsing a crusading vampire hunter who plots his demise with an elaborate plan.

This is the first film to really mine the erotic appeal of vampires: Dracula seduces Mina (Melissa Stribling) and Lucy (Carol Marsh) like a devil tempting good to the dark side through sex, more suggestive than explicit but daring for 1958. Lee is electric as the ferocious Count despite his limited screen time and Cushing turns Van Helsing in a virtual swashbuckler of a hero, leaping and diving through the climax like an aging action hero. For such a gaunt, small man, the classically-trained Cushing makes the most intimidating Van Helsing in the movies by sheer force of his poise, piercing stare and resolution.

Cushing reprised his role in the next sequel The Brides of Dracula while Lee absented himself from series until the 1966 Dracula: Prince of Darkness.

, iTunes, GooglePlay and/or other services. Availability may vary by service.
Horror of Dracula [DVD]

TCM Greatest Classic Film Collection: Hammer Horror (Horror of Dracula / Dracula Has Risen from the Grave / The Curse of Frankenstein / Frankenstein Must Be Destroyed) [DVD]

4 Film Favorites: Draculas (Dracula A.D. 1972, Dracula Has Risen from the Grave, Horror of Dracula, Taste the Blood of Dracula) [DVD]