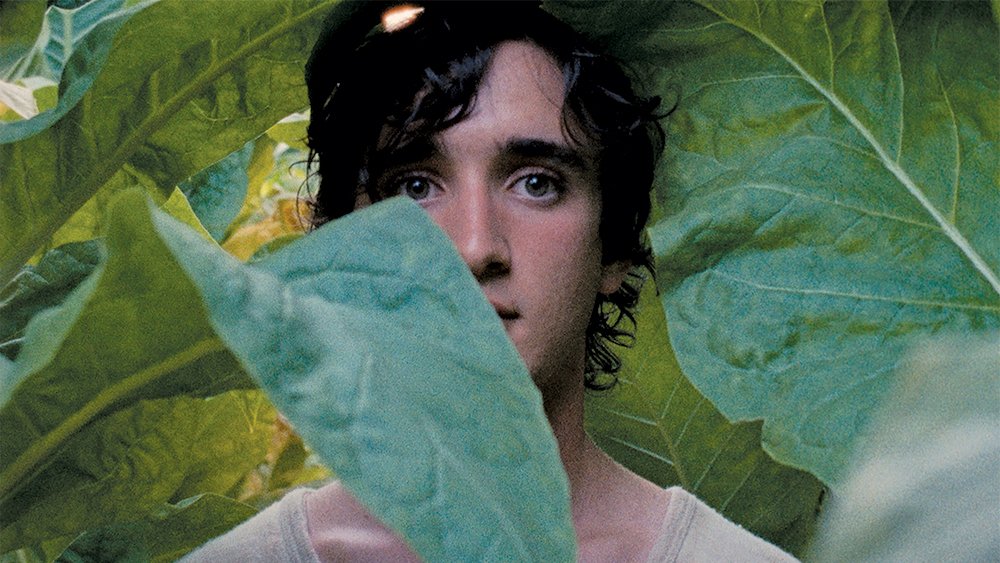 Alice Rohrwacher won the screenwriting prize at the Cannes Film Festival for Happy as Lazzaro (Italy, 2018, PG-13, with subtitles), a modern parable of a holy innocent (first-time actor Adriano Tardiolo) that combines earthy naturalism with miracles and morality. It debuts directly to Netflix.

There’s a populist bent to the romantic comedy The Talk of the Town (1942) starring Ronald Colman as a stuffy but erudite legal scholar dragged out of his ivory tower of abstract judicial philosophy by his bubbly landlady (Jean Arthur) and a social activist (Cary Grant) on the run from a phony murder charge. This trio makes the debate dance with screwball flair. Streaming on Amazon Prime Video.

1983: Season 1 (Poland, with subtitles) is a conspiracy thriller set in an alternate reality where the Berlin Wall didn’t fall and Poland remained under totalitarian control. Call it Netflix’s Euro-centric answer to The Man in the High Castle. On Netflix.

In Searching (2018, PG-13), a father (John Cho) goes looking for his missing daughter and discovers a secret life through her social media presence.

The Little Stranger (2018, R), a Gothic thriller with a psychological edge starring Ruth Wilson and Domhnall Gleeson, is director Lenny Abrahamson’s follow-up to his Oscar-winning Room.

A Christmas Prince: The Royal Wedding (2018) is a sequel to the 2017 Netflix Original Christmas romance with Rose McIver and Ben Lamb. Also new for the holidays is the animated short Angela’s Christmas (2017, not rated) based on the children’s book by Frank McCourt.

Foreign affairs: Isabelle Adjani takes charge in the French crime comedy The World Is Yours (France, 2018, not rated, with subtitles) with Karim Leklou and Vincent Cassel. Also new:

True stories: De Palma (2015, R) surveys the career of the often controversial filmmaker and Harold and Lillian: A Hollywood Love Story (2015, not rated) is a lovely tribute to a personal and professional partnership.

Jamie Foxx stars in the crime thriller Sleepless (2017, R) as a cop searching the underworld for his kidnapped son.

Streaming TV: reality series Inside Jokes: Season 1 follows a group of young comedians competing for a spot at the Just For Laughs comedy festival. Also new:

Foreign affairs: Zoology (Russia, 2017, with subtitles) is a fascinating collision of social satire and personal drama with a twist of the fantastic. Also new:

Also new: The Grand Seduction (2013, not rated), a Canadian comedy starring Brendan Gleeson as a mayor trying to entice a young doctor (Taylor Kitsch) to move to his rural fishing village;

Alicia Vikander plays Lara Croft in Tomb Raider (2018, PG-13), the big screen reboot based on the hit video game about a fearless female adventurer in the “Indiana Jones” mold.

The documentary The Truth About Killer Robots (2018, not rated) looks at the impact of new technologies on our lives.