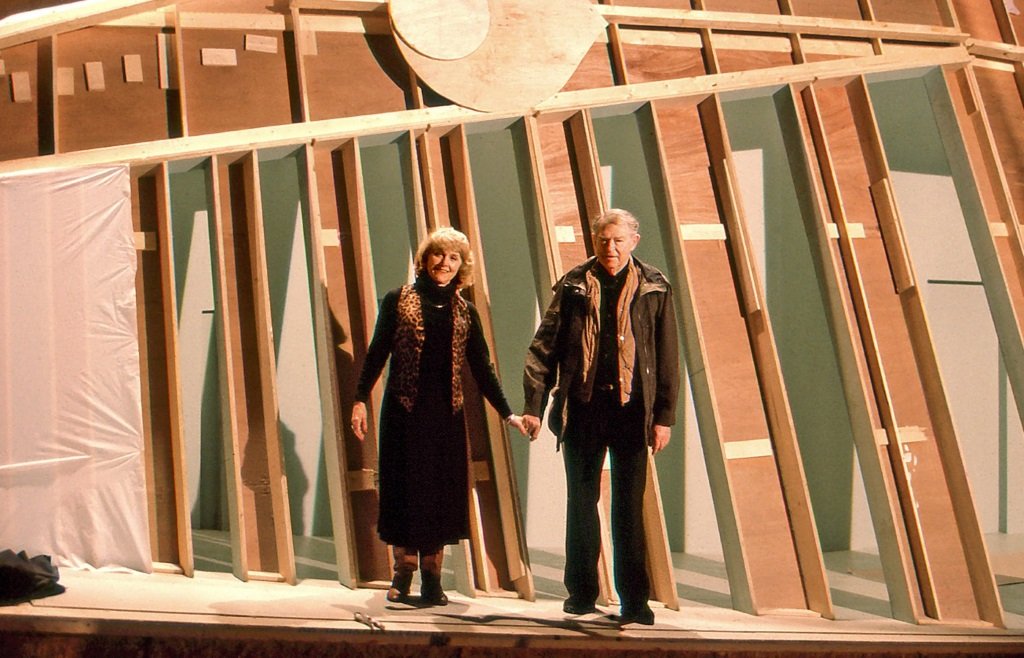 Harold and Lillian Michelson were Hollywood’s best-kept secret for decades. Harold Michelson, who passed away in 2007, was an art director and storyboard artist on some of the greatest films ever made. Lillian Michelson ran a Hollywood research library that was an essential resource for hundreds of productions. Their work was strictly behind the scenes and they rarely received public credit for their contributions. Within Hollywood, however, they were legendary and beloved, not just for their work, but as teachers, inspirations, and friends.

Documentary filmmaker Daniel Raim, who met Harold in 1998 and became friends with the couple soon after, creates a loving portrait of the couple in Harold and Lillian: A Hollywood Love Story (2015), a film that celebrates the work of two Hollywood professionals. His film, grounded in interviews he conducted over the course of 15 years, reveals their unheralded contributions to such films as The Ten Commandments, Alfred Hitchcock’s The Birds and Marnie, Francis Ford Coppola’s The Cotton Club, and Brian De Palma’s Scarface. Harold earned an Oscar nomination as production designer of Star Trek: The Motion Picture, earned Mel Brooks’s gratitude for redesigning the helmets in Spaceballs to give the film’s title a visual echo, and designed the famous “leg shot” in The Graduate. Lillian was the go-to resource for many of Hollywood’s greatest filmmakers, from Alfred Hitchcock to Stanley Kubrick. The producers of Shrek 2 paid tribute to the couple by naming Fiona’s royal parents King Harold and Queen Lillian.

But it is also the story of a lifelong love affair and Raim presents a complex and nuanced portrait of a marriage, both a personal and a professional partnership. The result is a film that is both informative and emotionally moving, told with a playful style that includes storyboard-like sketches to illustrate scenes from their early life, and complemented with comments by some of the filmmakers with whom they collaborated. It’s lovely.

, iTunes, GooglePlay, Fandango, Vudu and/or other services. Availability may vary by service.
Harold and Lillian: A Hollywood Love Story [Blu-ray]

The Blu-ray and DVD releases from Kino feature deleted scenes, bonus interviews, a video recording of an AFI seminar by Harold Michelson, and bonus short film on Harold’s storyboards for The Graduate.