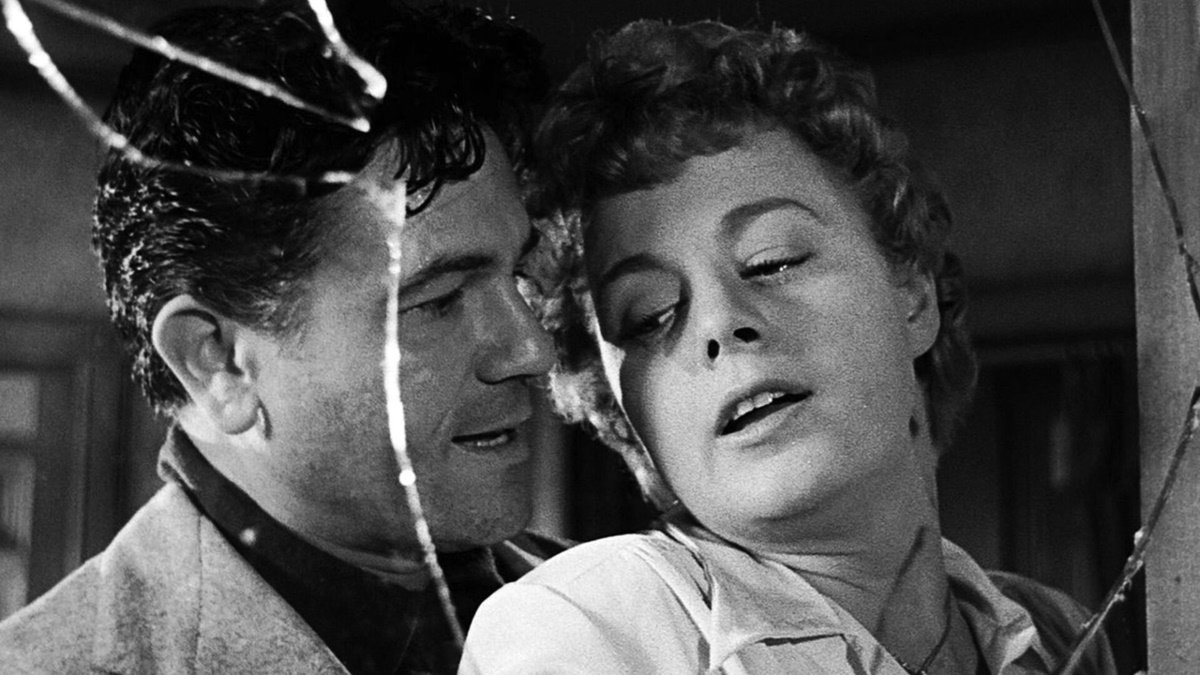 John Garfield is all jittery paranoia and street-kid anger as a small-time hood in a bad spot in He Ran All the Way (1951). Over the course of a couple of sweltering days, he shoots a cop in a payroll robbery (Norman Lloyd is the partner who pressures him into the job) and takes a working-class family hostage in his escape.

Hiding out at a public pool, he picks up a shy shop girl (Shelley Winters) who is attracted to his confidence and excited by his bad boy ways, but when she takes him home he becomes their jailer. And still she’s torn between her fear and her excitement. Garfield’s angry not-so-young man, who lives at home with a boozy mother (Gladys George) in a crumbling tenement, has more resentment than smarts, which makes him as volatile as unstable TNT when panic sets in and he sees every innocent conversation as a betrayal. Director John Berry scuffs the emotions up until they’re raw and frayed.

James Wong Howe’s sharp cinematography bores in on Garfield as he sweats and paces and fidgets with nervous suspicion, his anxious face (often beaded in sweat) in close-up and the frame seeming to close in around Nick and the family as the restless, fidgety Garfield pacing nervously. It turns the working-class apartment into a claustrophobic cage and creates a pressure cooker that pushes everyone to the edge of unraveling.

It was Garfield’s final film (he died in 1952 at the age of 39) and a film noir made in the shadow of the communist witch-hunts. Berry and writers Dalton Trumbo and Hugo Butler were blacklisted by the time the film came out (the screenplay was credited to Guy Endore) and Garfield himself was hounded for his openly liberal politics. All that suspicion and nervous tension seeps into the film and into Garfield’s performance, which is one of his fiercest.

Wallace Ford and Selena Royle costar as the parents.

On DVD and Blu-ray from Kino Lorber Studio Classics in a bare-bones release from a fine source print.