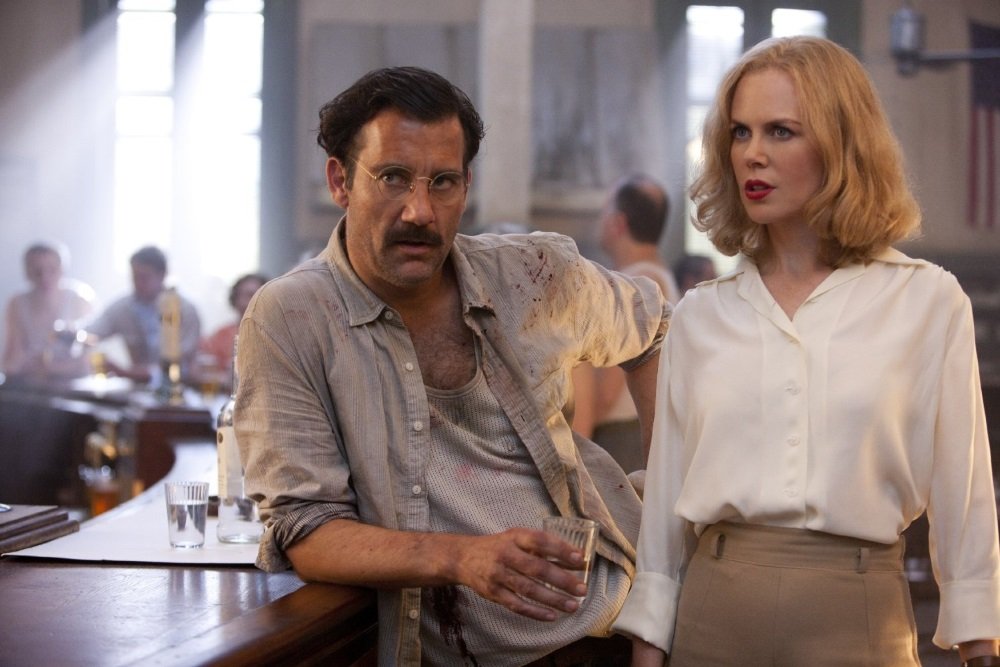 “I do not see myself as a footnote to someone else’s life,” states an aged but still sharp and tough Martha Gellhorn (Nicole Kidman) in Hemingway & Gellhorn (2012). Neither does this colorful biopic, an HBO original movie about their passionate and tumultuous relationship (both romantic and professional), directed by Philip Kaufman, a filmmaker fascinated by the collision of creative passion and sexual desire. There is plenty of both roiling through this sprawling drama.

Ernest Hemingway, played with the energetic bravado of a self-made literary legend by Clive Owen, is the man who commands attention by his own design, but Gellhorn’s journey from respected journalist to uncompromising war correspondent is the story here. We see Hemingway through her eyes, a man of talent and ego, restlessness and creative drive, and a competitive streak that can bring out of the worst in him when he feels overshadowed. But more than that, we see her learn from Hemingway (and from photographer Robert Capa, author John Dos Passos, and others in his circle), and then forge her own voice and her own career as one of the finest war correspondents of her generation.

It’s also a portrait of a hot-blooded affair that gets juiced by danger (while the rest of Madrid takes cover during a shelling of the city, they go at it like teenagers in a hotel room even when the plaster starts falling) and success. At least Hemingway’s success. His blood doesn’t get going when Gellhorn gets the attention.

One of Kaufman’s most interesting devices is the extensive use archival footage, into which the actors are placed (or “nested,” as Kaufman describes it), which is not always “realistic” but is effective.

Pingback: What to watch: 'Bloodline: Season 2' on Netflix and HBO originals on Amazon Prime - Stream On Demand
Comments are closed.