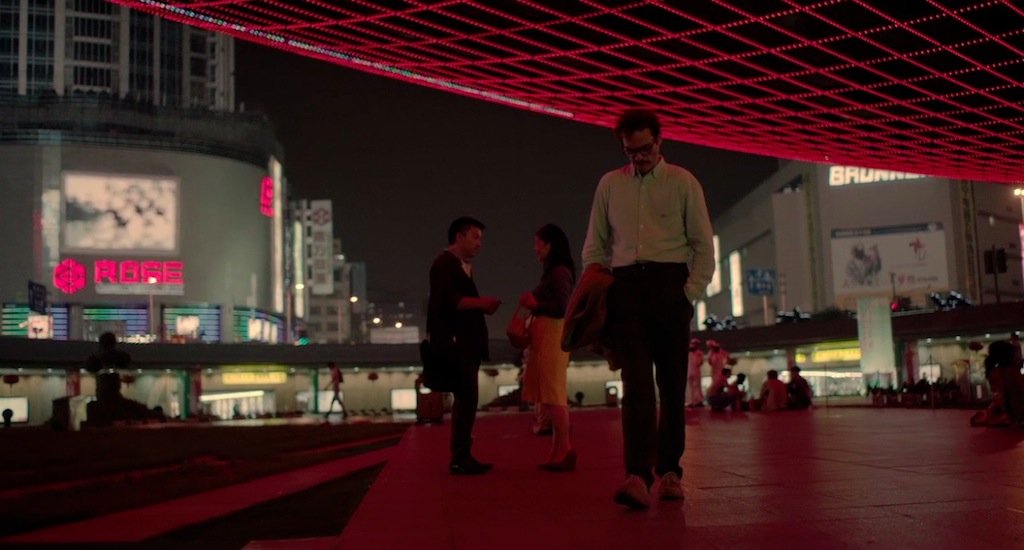 Her (2013), the first film from Spike Jonze since his underrated take on Where the Wild Things Are, returns to the territory of his debut film Being John Malkovich but without the satirical edge. Like his fellow filmmakers and former collaborators Michael Gondry and screenwriter Charlie Kaufman, Jonze is narratively playful and challenging, but his interest as a filmmaker is in the human experience: unresolved emotions, emotional pain, longing, disappointment, and the need for love and affirmation. Jonze wrote this original screenplay himself and won the Academy Award for it.

Her is a love story between a man and his smartphone operating system (voiced by Scarlett Johansson), a science-fiction conceit that springboards off Siri and Alexa and the plugged-in culture to create an artificially intelligent operating system that picks up on vocal cues and emotional states, responding empathetically to its user.

Joaquin Phoenix is Theodore, an emotionally wounded man who armors himself from personal contact after a break-up and divorce, and the only person to break through that is not a person at all but this bodyless entity. It’s the logical step since he communicates with his computer and its voice-activated system more than he does with people, one-sided a relationship that prevents him from interacting with the world. When it becomes an interactive entity, a personality that responds to and bonds with him, it’s seductive. It’s also, unexpectedly, a way back to the rich pageant of human existence around.

Jonze creates an almost idealized vision of Los Angeles here, a clean, handsome urban cityscape of affluence in cool colors and an austerity we don’t expect to see in L.A. This is a city with litter, no gridlock, and no overcrowding, a beautiful but strangely lonely vision of city life that only becomes energized when Samantha, as the system is named, takes Theodore into the crowds of public spaces. Samantha grows exponentially, reaching out into the world to experience all she can, and she leads Theodore back into the world with her even as she evolves far past his limitations.

Sure, it’s a metaphor for communication and relationships in the plugged-in world, a point brought home by Theodore’s job writing “personal handwritten letters” for subscribers looking for a go-between for their communications, channeling all of his desires of a perfect romance into the missives he ghost writes for strangers. But more importantly it is a melancholy story of people who retreat into this non-physical relationships after an emotional wounding. People are messy and impulsive and tentative and often unaware of how their behavior affects others and these systems are all about empathy, picking up cues, pleasing the person on the other end.

Johansson voices Samantha with an open, inviting, upbeat, excited about life quality that charges up Theodore. It’s a beautiful performance and a full character created solely with her voice. Amy Adams co-stars as Theodore’s best friend and Rooney Mara is his ex-wife.

, iTunes, GooglePlay and/or other services. Availability may vary by service.
Her [Blu-ray]

The Blu-ray and DVD editions include three featurettes: “The Untitled Rick Howard Project,” a behind-the-scenes featurette that brings the viewer into all aspects of production; “Love in the Modern Age,” featuring interviews with viewers reflecting on the film; and “How Do You Share Your Life With Somebody,” a brief montage of clips from the film. The Blu-ray also features bonus DVD and Ultraviolent Digital HD copies of the film.