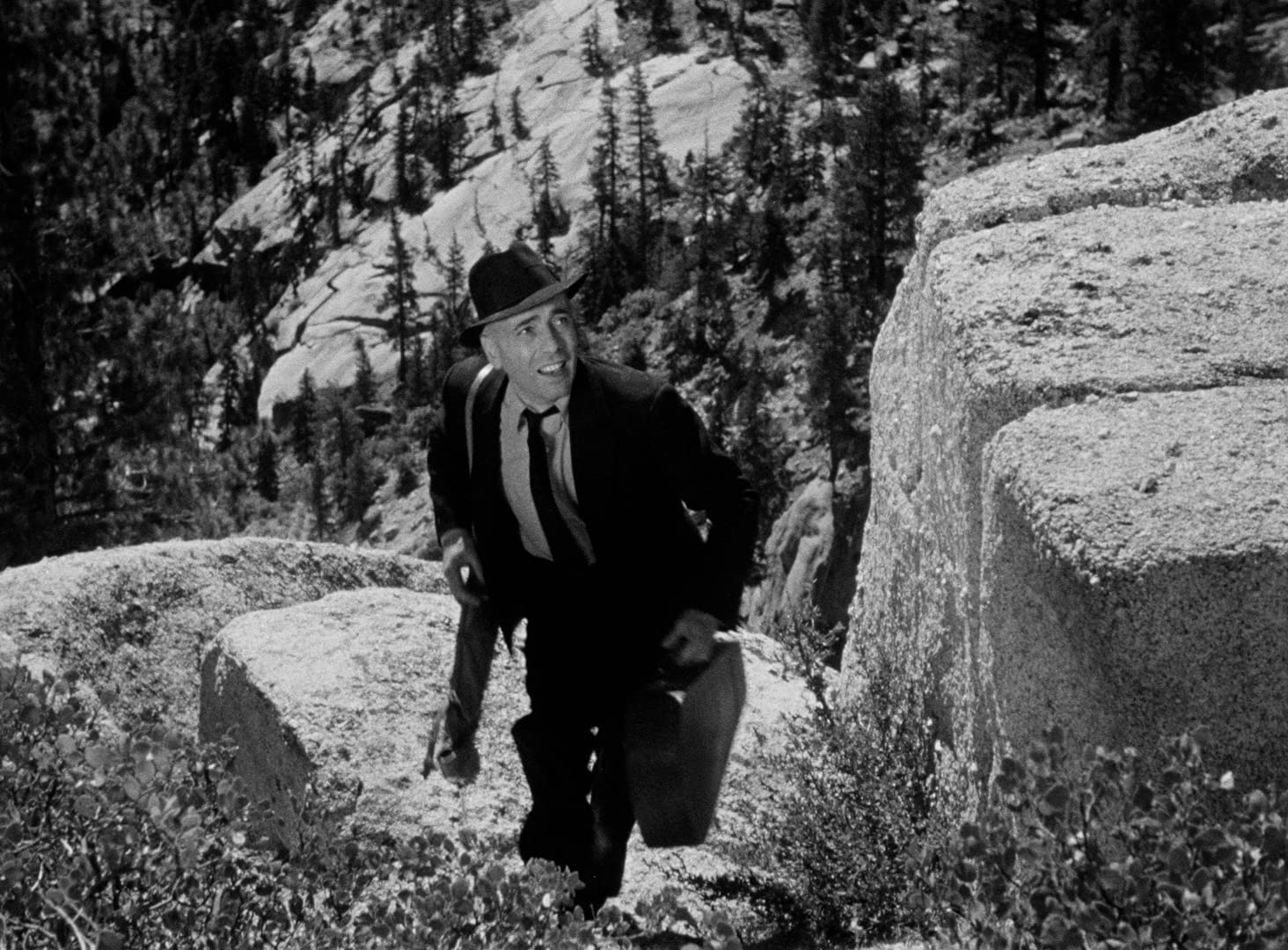 Humphrey Bogart takes the lead in High Sierra (1941), a tough, smart crime drama directed by Raoul Walsh. It wasn’t the first time for Bogie, who up to that time had been reliably playing support to the likes of Warner Bros. stars James Cagney and Edward G. Robinson, but it was his first leading role in a major studio release and he carries it with the gravitas of a pro.

Bogie settles into the role of leathery prohibition era gangster Roy “Mad Dog” Earle with real authority, giving this veteran criminal a sense of lived history knocking about from heist to heist and arrest to release. He steps out of prison and right into another job with a pair of short-fuse punks (played by Arthur Kennedy and Alan Curtis) and finds that the times have passed him by, yet he still holds on to an innate gentleness and generosity.

Ida Lupino (who gets top billing) is a hardened survivor who warms to the gravelly professional, but his heart goes out to a poor family fleeing the dustbowl in a rattletrap jalopy. He warms to the protective father (Henry Travers, later to play Clarence the Angel in It’s a Wonderful Life) and becomes smitten with his crippled daughter (Joan Leslie), a figure of innocence and helplessness that he idealizes into a fantasy escape from his dead end life.

There’s a sense of romance in the idea of the criminal code of years past swept away by the punks that now infest the landscape, but ultimately the film owes more to the weary resignation and doom of film noir than the rat-a-tat energy of the early Warner gangster thrillers it sprouts from.

Henry Hull plays the underworld doctor, Barton MacLane is the shady gangster go-between, and future leading man Cornel Wilde plays the inside man, a smarmy desk clerk at a tony resort, under a South American accent and Latin lover mustache. John Huston co-wrote the script with author W.R. Burnett and apparently he liked what he saw in Bogart. Huston cast this tough old survivor in his directorial debut that very same year: The Maltese Falcon.

The Criterion Collection Blu-ray and DVD offers a double feature with Colorado Territory (1949), Raoul Walsh’s western remake of the film, plus a conversation on director Raoul Walsh between film programmer Dave Kehr and critic Farran Smith Nehme, documentaries on Walsh and Bogart, a featurette on the making of the film, a video essay featuring excerpts from a 1976 American Film Institute interview with High Sierra novelist and coscreenwriter W. R. Burnett, a 1944 radio adaptation of the film, and other supplements, along with a booklet featuring an essay by critic Imogen Sara Smith.