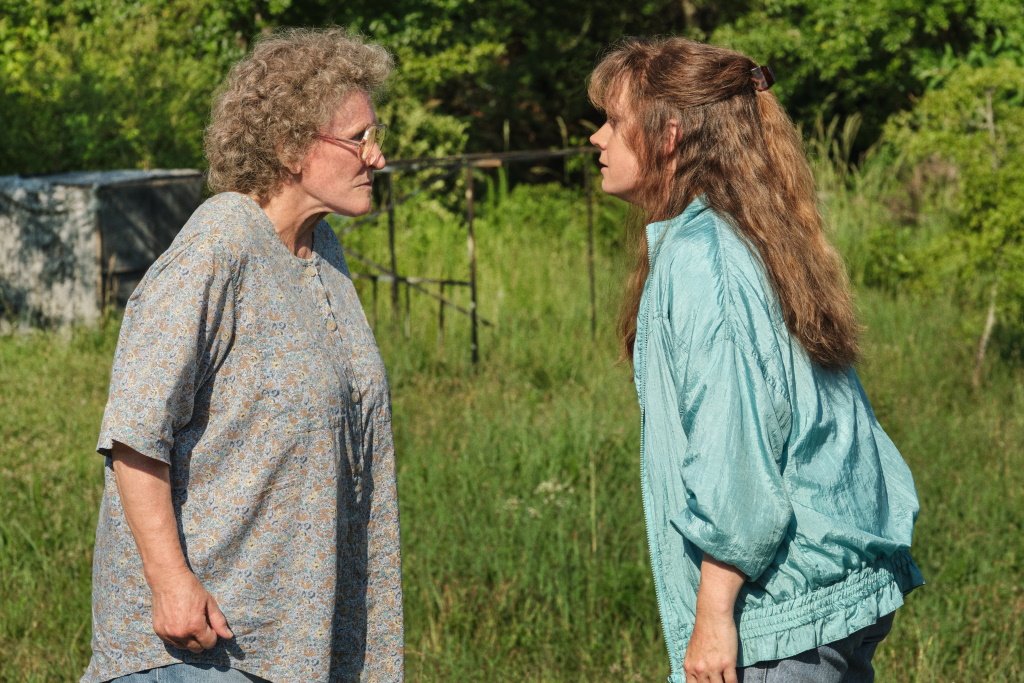 “Hillbilly Elegy” (2020, R), based on the bestselling memoir by J.D. Vance, stars Gabriel Basso as a Yale law student drawn back to his Northern Kentucky home to deal with his meth-addict mother (Amy Adams) and confront the dead-end life he escaped. Haley Bennett, Frieda Pinto, and Glenn Close costar and Ron Howard directs. Netflix is pushing the film in this year’s Oscar race. (Netflix)

Paul Bettany is “Uncle Frank” (2020, R) in the road movie about a closeted gay literature professor in 1969 New York who reluctantly returns to his South Carolina home with his niece (Sophia Lillis) for a family funeral. Alan Ball writes and directs the film, which premiered at Sundance. (Amazon Prime).

Charlize Theron plays Megyn Kelly and Nicole Kidman is Gretchen Carlson in “Bombshell” (2019, R), the story of the toxic atmosphere of Fox News and the women who spoke out about the predatory behavior of Roger Ailes. Margot Robbie and John Lithgow costar in the film that won an Oscar for the impressive make-up that transformed Theron in Kelly and Lithgow into Ailes. (Amazon Video and Hulu)

Based on a true story, contemporary war thriller “Mosul” (2019, not rated, with subtitles) follows an Iraqi SWAT team that breaks all the rules to drive ISIS out of their city. Screenwriter Matthew Michael Carnahan makes his directorial debut with this rare American war film to celebrate Middle Eastern soldiers, shot with a jittery documentary style in real time. Marvel movie auteurs Anthony and Joe Russo produce. It debuted at the Venice Film Festival. (Netflix)

Mackenzie Foy is the spirited teenage girl who bonds with a wild horse in the new adaptation of “Black Beauty” (2020, TV-PG), a family friendly drama costarring Claire Forlani, Iain Glen, and Kate Winslet as the voice of Black Beauty. (Disney+)

Kaley Cuoco is “The Flight Attendant” (TV-MA) in the eight-episode comic murder mystery about a party girl whose alcohol-fueled one-night-stand leaves a dead body in her wake and set the FBI on her trail. Based on the novel by Chris Bohjalian, the show costars Michiel Huisman, Rosie Perez, and Zosia Mamet. Three episodes available, new episodes each Thursday. (HBO Max)

“Dolly Parton’s Christmas on the Square” (2020, not rated) is a holiday musical with Christine Baranski as a Scrooge-like cynic and Dolly Parton (who also produced and wrote 14 original songs) as an angel named Angel. (Netflix)

“The Christmas Chronicles: Part Two” (2020, TV-PG), a sequel to the 2018 adventure directed by Chris Columbus, features Kurt Russell and Goldie Hawn as Mr. and Mrs. Santa Claus joining a pair of kids to (what else?) save Christmas. (Netflix)

The romantic comedy “Happiest Season” (2020, PG-13) stars Kristen Stewart as a woman at her girlfriend’s (Mackenzie Davis) family Christmas dinner whose discovers she hasn’t come out to her parents. Clea Duvall directs and costars with Aubrey Plaza, Alison Brie, and Daniel Levy. (Hulu)

Diane Lane and Kevin Costner play grandparents who, after the death of their son, go on a mission to rescue their grandson from a criminal family living off the grid in “Let Him Go” (2020, R).

“Stardust” (2020, not rated) stars Johnny Flynn as young David Bowie at the beginning of his career on his first U.S. tour, where he develops his Ziggy Stardust persona.

Also new: romantic comedy “Getting to Know You” (2020, not rated) with Natasha Little and Rupert Penry-Jones;

International passport: a mother with a terminal disease spends her last days giving her four-year-old son something to remember her by in “Notes for My Son” (Argentina, not rated, with subtitles). Also new:

Based on a true story, “Most Wanted” (2020, R) stars Josh Hartnett as an investigative journalist who uncovers a case of gross injustice that sent a Canadian man to a Thai prison.

“Lover’s Rock” (2020, not rated) is the second film in Steve McQueen’s “Small Axe” anthology of original features about the Black experience in England.

The three-part limited series “Black Narcissus” (TV-MA) is a hothouse melodrama starring Gemma Arterton as a British nun in a Himalayan convent in 1914 and Alessandro Nivola as a rakish British trader. It’s adapted from the novel by Rumer Godden, which was previously adapted into an acclaimed film by Michael Powell.

“Superintelligence” (2020, PG) stars Melissa McCarthy as an ordinary human chosen by an A.I. to prove that humanity is worth saving. Bobby Canavale and James Corden costar in the comedy originally produced for theaters. (HBO Max)

“Between the World and Me” (2020, TV-14) features a star-studded cast (including Mahershala Ali, Angela Bassett, Courtney B. Vance, and Oprah Winfrey) reading from the book by Ta-Nehisi Coates. (All HBO platforms)

True stories: “The Mystery of D.B. Cooper” (2020, TV-14) delves into the still unsolved mystery and the mythos around the robber who leapt from an airplane with $200,000 and disappeared. (All HBO platforms)

BritBox adds a small library of classic British sitcoms, among them “The New Statesman: Complete Series” (1984-1992) with Rik Mayall;

A law student with a criminal past agrees to work with the police in “The Informer: Season 1“ (Germany, TV-14, with subtitles). (MHz)

The spotlight “Queersighted: Queer Fear” gathers twelve horror films with a queer subtext from the past century, including James Whale’s witty “The Old Dark House” (1932), the Oscar-winning adaptation of Oscar Wilde’s “The Picture of Dorian Gray” (1945), and the first version of “The Haunting” (1963) based on the Shirley Jackson story. New on Criterion Channel, along with: