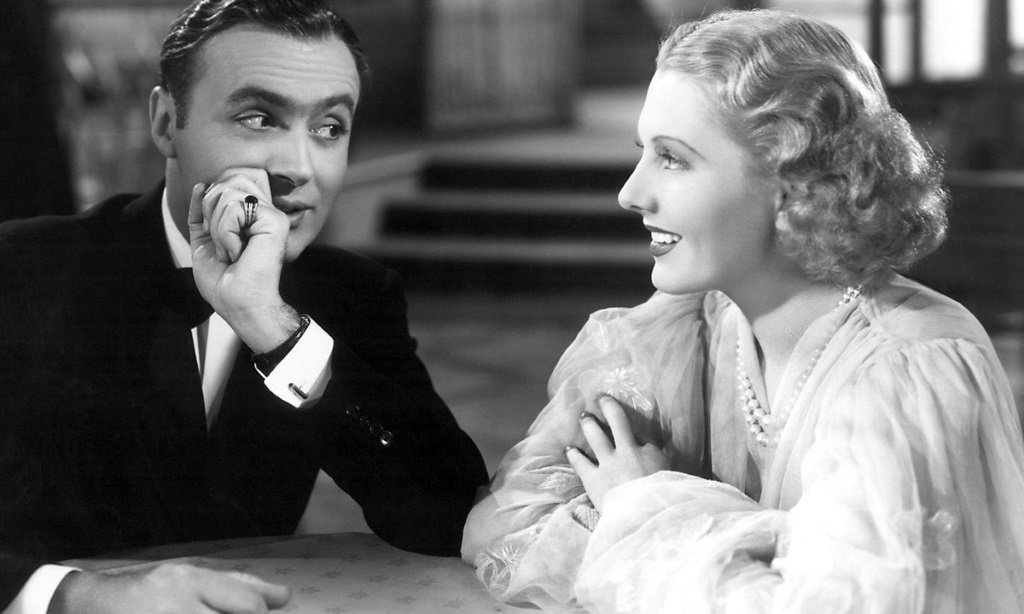 Andrew Sarris, the grand old man of American movie criticism, wrote: “History is Made at Night is not only the most romantic title in the history of cinema but also a profound expression of [Frank] Borzage’s commitment to love over probability.”

Though not as well known to even film buffs as Alfred Hitchcock or Michael Curtiz or even George Cukor, Frank Borzage was arguably was the most unabashedly romantic director of his time and History is Made at Night (1937), starring Jean Arthur and Charles Boyer, is one of his masterpieces of romantic triumph through unconditional love. If you haven’t heard of it, perhaps it’s because the film is still not on DVD. Luckily, it is available to stream

The story of a chance meeting between society figure Irene Vail (Arthur), a forthright, independent try to escape a pathologically jealous husband (played with manic intensity by Colin Clive), and Paul Dumond (Boyer), “the greatest headwaiter in Europe,” blossoming into true love looks forward to Love Affair, the beloved romantic drama that Boyer made with Irene Dunne and director Leo McCarey in 1939, but without the elegance of the latter film’s script. Their first meeting—in a Paris apartment, where Irene is saved from a devious plot by the Paul’s impulsive chivalry and quick thinking—begins like a crime thriller with a screwball twist but eases into a delicately-played romance.

Charles Boyer is both debonair and down-to-earth as Paul, a man as at ease in high society as he is on the street, and Jean Arthur, superb in both comic and dramatic roles, brings both strengths and adds a touch of elegant glamor, yet it’s her easygoing authenticity that defines her character. In the film’s most romantic scene, as she dances in an empty restaurant with Boyer—a private party for two strangers who have already fallen helplessly in love—she keeps falling out of her heels. Finally, with a mix of practicality and romantic abandon, she kicks off those expensive shoes and dances in her bare feet, sloughing off the trappings of social status to be simply a woman in love. Arthur loved the film for giving her the most elegant and sophisticated role of her career.

The script is creaky and contrived, to say the least. There’s murder and blackmail and a disaster in the icy Atlantic waters that recalls the Titanic, and Colin Clive (who played Dr. Frankenstein in the 1931 classic) plays the role as if one step away from full-blown psychopath. But Borzage’s commitment to the couple and belief in the power of love to not simply conquer all but to elevate the lovers to a heaven on Earth transcends the plot. Even in the panic of a sinking ship, the sincerity and depth of their devotion brings a calm and a salvation to their ordeal. For all the artifice of the clunky screenplay, Borzage and his actors bring such a purity to their love that is even conquers the melodrama of the script.

Note that this is not on DVD or Blu-ray in the US at this time but it may be on SVOD through Amazon Video, iTunes, GooglePlay and/or other services. Availability may vary by service.