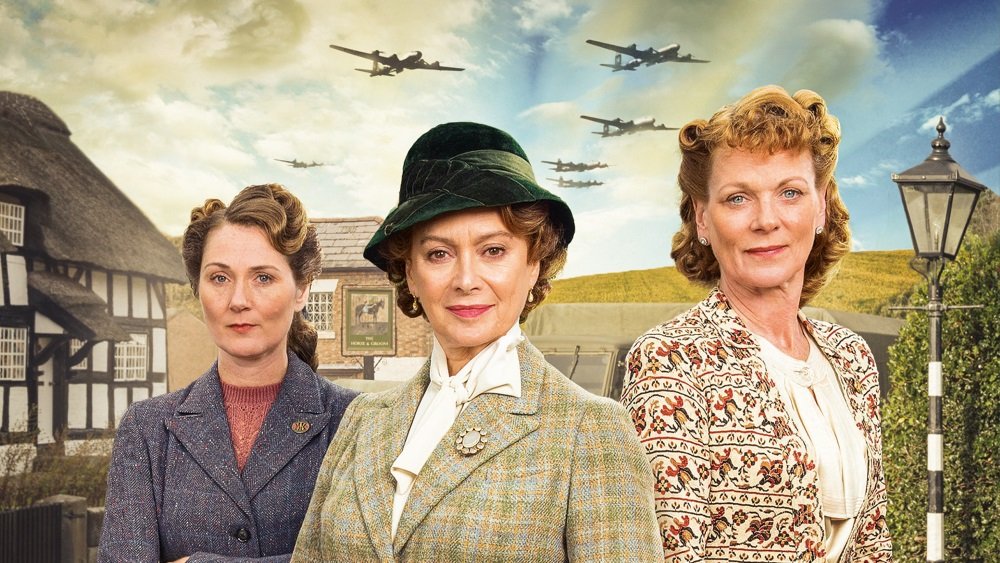 Home Fires is another fine period piece from British TV, this one set in a rural village 1940, just as Britain was sending off its young (and sometimes not so young) men to fight in World War II. It’s about life on the homefront and it focuses on the women, from wives and mothers looking to fill their lonely days by contributing something to the war effort to community leaders taking charge of the transformation to a wartime society.

Samantha Bond takes the lead here as Frances, who challenges Joyce (Francesca Annis), the elitist, upper-class leader of the Women’s Institute, and transforms it from an exclusive social club to an open communal society devoted to supporting the war effort in every way they can, from sending letters the boys on the front to increasing food production to creating a communal air raid shelter. Inspired by the book “Jambusters” by Julie Summers, the show presents a large canvas of characters and issues, some of that follow a familiar formula (a young woman working in the war office has an affair with a married officer), some less predictable, and along with the expected portrait of chauvinism is the issue of class played out through the snooty aristocrat Joyce sabotaging the efforts of Frances at every turn.

There’s no surprise that the six-episode series, which takes in a year or so in their lives, emphasizes how the communal effort overcomes conflict to foster acceptance, understanding, and mutual respect. It’s more uplifting and affirming than challenging or surprising, and it is handsomely made with convincing period detail and a fine cast delivering top notch performances. It played in the US on the PBS showcase Masterpiece and a second series of the drama is coming to British TV and, surely, to PBS.