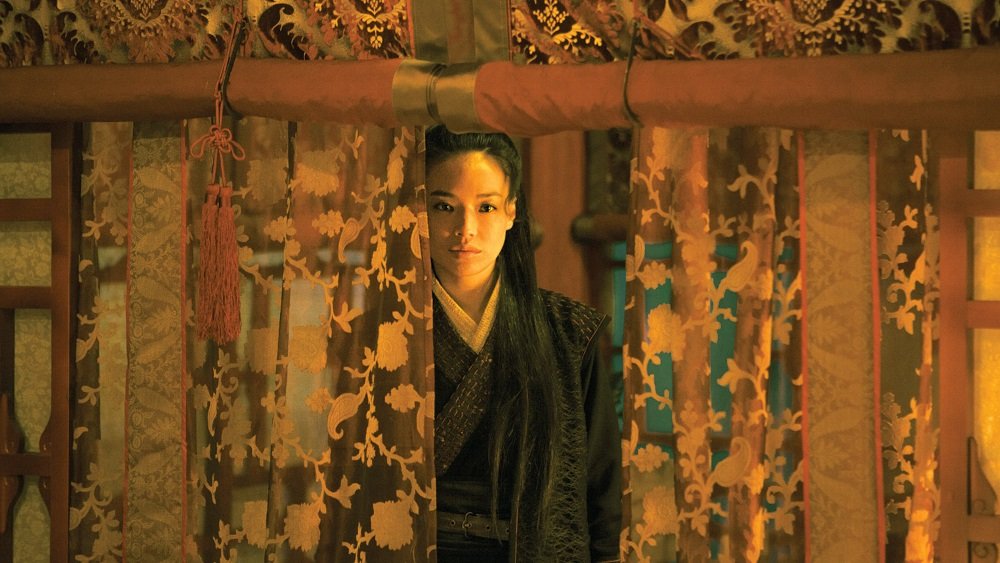 The Assassin (China, 2015) is a martial arts drama as cinematic poem.

Chinese filmmaker Hou Hsiou-Hsien won the Best Director Award at Cannes for his direction, which reimagines the genre from a spectacle of action and choreography and acrobatic skill to a vision of stillness and tension. The first film from Hou in eight years, and the first wuxia (the genre of “martial chivalry” and action battles) from a filmmaker known for his quiet, introspective, contemplative films, is less focused on jaw-dropping action than the quiet beauty of the world around the battles.

Asian superstar Shu Qi stars as Nie Yinniang, who was kidnapped as a child and trained by a cold-blooded nun (Sheu Fang-yi) to become an assassin for the Emperor, and Chen Chang (of John Woo’s Red Cliff) as Lord Tian Ji’an, her new target. He also happens to be her cousin and the man to whom she was once betrothed. Needless to say, it stirs emotional complications, which she hides behind her mask of an expression but betrays in her actions.

It’s not an easy film to follow, not because it is especially complicated or labyrinthine, but because it is abstracted by Hou into a flow of gentle, beautiful moments punctuated by bursts of violence. He doesn’t shoot the martial arts scenes in the conventional manner, showcasing the prowess of the performers or appreciating the dance-like spectacle of the choreography. The action comes in pulses, sudden bursts of movement let loose in the serenity of the flow of the picture, and are brief, and the images of individuals racing through tall grass or running through the underbrush are given as much weight as the clash of swordsman (and swordswomen) and the whoosh of blades slicing through the air.

It is lovely and graceful and beautiful to watch in action—Hou and cinematographer Mark Lee Ping shot on film rather than digital video and they create rapturous images—and the soundtrack is equally astonishing and enveloping. Not for its flourishes but its dense, layered backdrop of natural sounds running through the film—the birds in the distance, the wind through the trees, the crackle of fires, the chatter of voices in the distance, the soft crunch or wooden clop of footsteps of characters moving through the world—setting the political machinations of the humans within a physical, tactile world.

If you are looking for a classic display of flying bodies and clashing swords and acrobatic prowess showcased as action spectacle, you will be gravely disappointed. For that matter, you shouldn’t go in expecting a grandly melodramatic historical drama of moves and countermoves. But if you want to be transported into a world you’ve experienced before, The Assassin is not like any wuxia you’ve ever seen.

Also on Blu-ray and DVD and on SVOD through Amazon Video, iTunes, GooglePlay, Fandango, Vudu and/or other services. Availability may vary by service.
The Assassin [Blu-ray]
The Assassin [DVD]